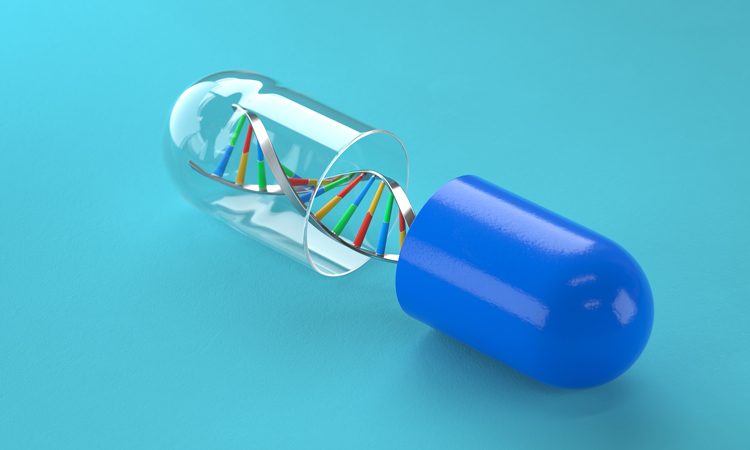 SMA is the leading genetic cause of infant death and, if left untreated, SMA Type 1 leads to death or the need for permanent ventilation by the age of two years in more than 90 percent of cases. Zolgensma is the only gene therapy for SMA and the only SMA treatment designed to directly address the genetic root cause of the disease by replacing the function of the missing or non-working SMN gene to halt disease progression through sustained SMN protein expression with a single, one-time IV infusion.

The Zolgensma data comes from two Phase III trials – SPR1NT and STR1VE-EU – and represents a significant contrast to the natural history of SMA Type 1, which leads to progressive and irreversible loss of motor function and if left untreated, often death or permanent ventilation by the age of two years. In the SPR1NT two-copy cohort (n=14), all children treated pre-symptomatically achieved event-free survival, were independent of respiratory and nutritional support and met the primary endpoint of sitting independently for ≥30 seconds. Additionally, 79 percent (n=11) who achieved the sitting milestone did so within the World Health Organization (WHO) window of normal development. Eleven also went on to stand independently and nine walked independently, most within the typical range of normal development.

Among symptomatic children with SMA Type 1 treated in the STR1VE-EU trial, 82 percent achieved developmental motor milestones not observed in the natural history of SMA Type 1, including 49 percent (n=16) who sat without support for ≥30 seconds.

“With more than 1,200 children now treated, these data presented at EAN further reinforce the life-changing benefit of a one-time treatment of Zolgensma,” stated Dr Shephard Mpofu, Senior vice President and Chief Medical Officer at Novartis Gene Therapies. “When treated with Zolgensma prior to the onset of symptoms, not only did all patients survive, but were thriving — breathing and eating on their own and sitting independently, with many standing and walking. When you consider these newborns would go on to develop severe symptoms of SMA Type 1, a devastating, progressive disease that robs children of the ability to talk, eat, sit up and even breathe, findings from the SPR1NT trial are nothing short of extraordinary.”

Professor Dr Eugenio Mercuri, Department of Pediatric Neurology at the Catholic University, Italy, added: “STR1VE-EU included some patients with more severe SMA at baseline, yet the study demonstrated consistent and significant therapeutic benefit for symptomatic children with SMA Type 1. This is a remarkable outcome that adds to the robust body of clinical evidence for Zolgensma showing that even among patients with more severe disease, Zolgensma was highly effective and demonstrated a consistent safety profile.”

In the trial, all patients experienced at least one adverse event (AE) after dosing, 71 percent were considered to be treatment related. There were no serious, treatment-related AEs. Five patients were reported to have had serious adverse events (SAEs), all of which resolved and were not related to treatment.

STR1VE-EU enrolled 33 participants aged less than six months and was designed to evaluate the efficacy and safety of a single, one-time IV infusion of Zolgensma in patients with SMA Type 1 who had bi-allelic SMN1 gene deletion or point mutations and one or two copies of the SMN2 backup gene. Mean age at dosing was 4.1 months and mean age at symptom onset was 1.6 months. All patients had two SMN2 copies and were symptomatic with a variable degree of severity.

One patient experienced a serious AE of hypoxic-ischemic brain damage and respiratory distress that resulted in death. Novartis and the investigator concluded the events and death to be unrelated to treatment with Zolgensma based on autopsy findings. Overall, 32 of 33 patients were reported to have had at least one AE, six experienced 13 SAEs related to Zolgensma. Reported adverse reactions in patients receiving Zolgensma were consistent with the previously described safety profile and no new safety signals were identified.