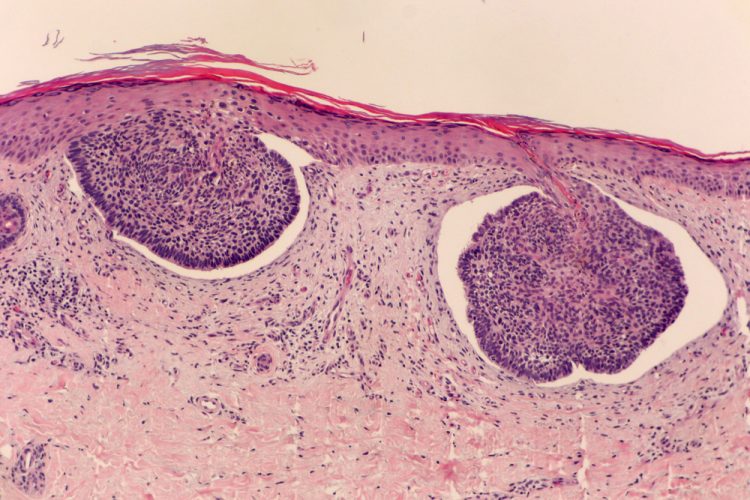 The research team, led by Kavita Sarin at Stanford University, had previously identified HDAC inhibition as a promising therapeutic approach for BCC and this study evaluated the safety and efficacy of the HDAC inhibitor remetinostat in adult patients with BCC. Unlike systemic HDAC inhibitors, which can be associated with various toxicities, remetinostat is designed to lose potency once it is absorbed beyond the skin, allowing its activity to be localised to the skin lesion.

The study enrolled 30 patients, each of whom had at least one BCC measuring 5mm or greater in diameter at diagnosis. Overall, 90 percent of patients identified as non-Hispanic white and almost half had a prior history of skin cancer. Eight patients had multiple eligible tumours, resulting in a total of 49 tumours in the study. The tumours were found in both sun-exposed and non-exposed parts of the body, and the majority had either nodular or superficial histology. Participants applied remetinostat gel to their tumours three times per day for six weeks. After eight weeks, any remaining tumour was surgically removed and examined histologically.

Of the 33 tumours included in the final analysis, 69.7 percent responded to the topical treatment, with 17 complete responses and six partial responses. On average, tumour diameter decreased by 62.3 percent and tumour area decreased by 71.5 percent.

There were no systemic or serious adverse events reported. The most reported adverse event was an eczema-like skin reaction at the site of remetinostat application.

Sarin also noted that future trials will examine the longevity of the response to remetinostat. “Our study also showed remetinostat’s clinical efficacy against nodular BCC, one of the more common BCC subtypes… An ideal therapeutic for BCC should treat both nodular and superficial BCCs, and ideally the other subtypes as well.”

The study was published in Clinical Cancer Research.