Researchers have found a way to develop pollen into 3D printing ink material that could be used for tissue engineering and drug delivery. 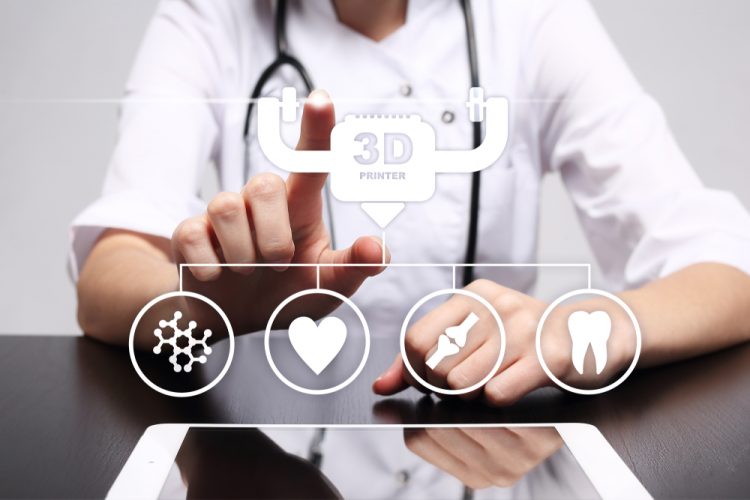 “Bioprinting can be challenging because the material of the inks used is typically too soft, which means the structure of the envisioned product may collapse during printing,” explained co-lead author Professor Cho Nam-Joon. “Through tuning the mechanical properties of sunflower pollen, we developed a pollen-based hybrid ink that can be used to print structures with good structural integrity.”

To illustrate the functionality of their pollen-based 3D printing ink, the team printed a biological tissue ‘scaffold’ that, in lab studies, was shown to be suitable for cell adhesion and growth, which are essential for tissue regeneration. They printed a five-layer tissue engineering scaffold, useful for culturing cells, in 12 minutes. Collagen was then added to the scaffold to provide anchor points that cells can adhere to and grow.

The scientists then seeded human cells on the scaffold and found it to have a high cell-seeding efficiency of 96 percent to 97 percent. This is comparable performance to the inverted colloidal crystal (ICC) hydrogels that are widely utilised as 3D cell culture platforms but that are time-consuming and laborious to fabricate.

“Utilising pollen for 3D printing is a significant achievement as the process of making the pollen-based ink is sustainable and affordable. Given that there are numerous types of pollen species with distinct sizes, shapes, and surface properties, pollen microgel suspensions could potentially be used to create a new class of eco-friendly 3D printing materials,” stated Nam-Joon.

The team also tested the viability of the 3D scaffold as a stimulus-responsive drug delivery system. When a fluorescent red dye was dripped onto the scaffold, the scientists found that the pollen microgel particles released the dye into the scaffold gradually. The amount and rate of release increased with the addition of an acid. This demonstrates that there is potential for the pollen scaffold to be used as a drug delivery system with controlled release, the team said.

“Pollen microgel particles have a hollow shell structure, which means they could potentially be used to carry drugs, cells or biomolecules in drug delivery platforms with customised 3D structures,” Nam-Joon commented. “There is also potential for the pollen-based scaffold to be used as a smart drug carrier, given pollen’s stimulus-responsive nature. For instance, we can further slow down the release of drugs by coating the pollen-based scaffold with a thin layer of alginate, and stimulate the release by introducing an acid.”

The team are also investigating how the pollen microgel scaffolds could be used for 3D cell culture platforms in various biomedical applications. “Our findings could open new doors to customised flexible membranes that fit the human skin’s contours exactly, such as wound dressing patches or facial masks,” proposed co-lead author Dr Song Juha. “Using our pollen-based 3D printing ink, which is biocompatible, flexible and low in cost, we can fabricate membranes that are tailored to the contours of the human skin and are capable of bending without breaking.”

The team is now looking to collaborate with industry to refine their 3D printing innovation and advance its commercial uptake.

The study was published in Advanced Functional Materials.