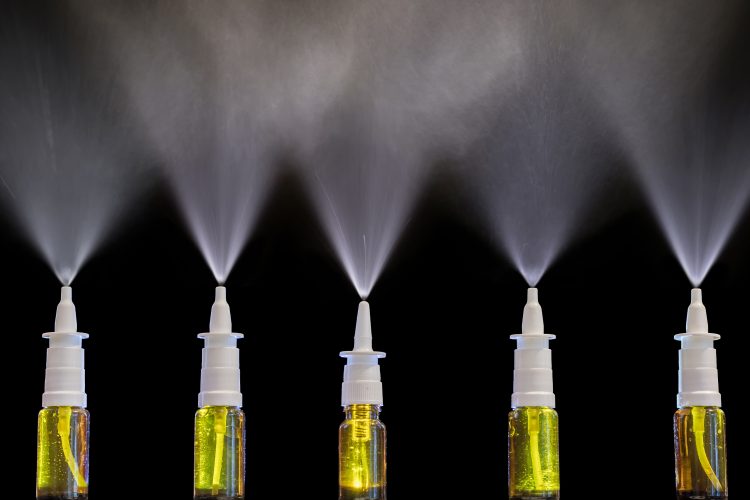 A new study shows that morphologically-directed Raman spectroscopy (MDRS) can be used to analyse and demonstrate the bioequivalence of nasal suspension sprays, when combined with dissolution analysis.

In their paper published in The AAPS Journal, Farias et al. set out to determine whether MDRS could be used to investigate the particle size distribution of active pharmaceutical ingredient (API) within nasal suspensions. Particle size distribution is an important factor in demonstrating the bioequivalence of nasal sprays to a reference product and, since the local rate and extent of absorption of an API delivered intranasally via a suspension nasal spray is determined by the size of the drug crystals, measuring particle size can be used to predict the local rate and extent of absorption of the API within the nose.

According to the researchers, a new method to determine API particle size distribution within final formulation nasal suspension sprays is needed, as it is currently challenging to assess with existing methods in the presence of excipients that often have particles of a similar size to the API. To combat this, they proposed the use of MDRS, because it measures particle morphological characteristics using its microscopic component and performs chemical identification by analysing Raman spectra, thus allowing for API-specific particle size measurement in a sample containing both API and excipient particles.

The intention of this paper was to systematically develop a robust method for the analysis of particle size distribution of mometasone furoate monohydrate (MFM) API within a nasal suspension called Nasonex®.

They found that, despite being unable to compare directly between the MDRS and laser diffraction, the same trend in sizing was observed for three out of the four as-received API batches. The laser diffraction method indicated a larger particle size distribution than MDRS across the batches and this was attributed to differences in the ways the techniques size particles and their limits of detection.

They concluded: “together these analytical methods [MDRS and dissolution analysis] may facilitate the determination of critical material and process attributes that may affect drug product quality and may aid in the assessment of bioequivalence determination between test and reference formulations.” This approach has been approved for use in lieu of a comparative clinical endpoint bioequivalence study.

FTIR, NIR and Raman – advantages and disadvantages for protein characterisation…