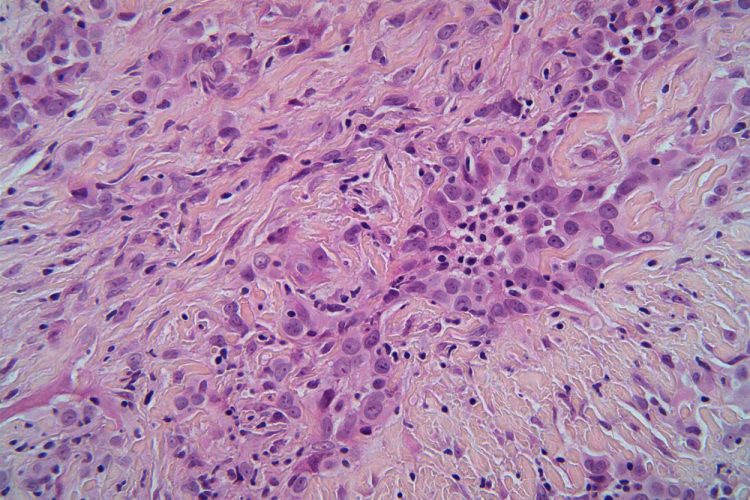 Bristol Myers Squibb have announced three-year data from the CheckMate -743 trial that demonstrated a durable survival benefit with first-line treatment with Opdivo® (nivolumab) plus Yervoy® (ipilimumab) compared to platinum-based standard-of-care (SOC) chemotherapy in patients with unresectable malignant pleural mesothelioma (MPM), regardless of histology.

Opdivo is a programmed death-1 (PD-1) immune checkpoint inhibitor that is designed to harness the body’s immune system to help restore anti-tumour immune response. Yervoy is a recombinant, human monoclonal antibody that binds to the cytotoxic T-lymphocyte-associated antigen-4 (CTLA-4). CTLA-4 is a negative regulator of T-cell activity.

CheckMate -743 is an open-label, multi-centre, randomised Phase III trial evaluating Opdivo plus Yervoy compared to chemotherapy (pemetrexed and cisplatin or carboplatin) in 605 patients with previously untreated unresectable malignant pleural mesothelioma. In the trial, 303 patients were randomised to receive Opdivo at three mg/kg every two weeks and Yervoy at one mg/kg every six weeks; 302 patients were randomised to receive cisplatin 75 mg/m2 or carboplatin AUC 5 plus pemetrexed 500 mg/m2 in 21-day cycles for six cycles. Treatment in both arms continued until disease progression or unacceptable toxicity or, in the Opdivo plus Yervoy arm, up to 24 months. The primary endpoint of the trial was overall survival (OS) in all randomised patients.

With a minimum follow-up of three years (35.5 months):

Furthermore, at three years of follow-up and approximately one year of being off treatment per protocol, more patients who responded to Opdivo plus Yervoy remained in response than those treated with SOC, and duration of response (DOR) was longer with the dual immunotherapy combination, regardless of histology:

The safety profile for Opdivo plus Yervoy remained consistent with previously reported data in first-line MPM, with no new safety signals identified.

“The results from the CheckMate -743 trial have changed the way physicians treat malignant pleural mesothelioma, a disease that had no new systemic treatment options for nearly 15 years before the approval of Opdivo plus Yervoy,” said Abderrahim Oukessou at Bristol Myers Squibb. “We continue to see more evidence for the sustained survival benefits of dual immunotherapy across several tumours, including durable overall survival at four years in non-small cell lung cancer. Now, the combination has demonstrated long-term improvements in overall survival in mesothelioma, another thoracic cancer, extending the lives of patients with a devastating disease.”