Do we need gloves? Cleanroom dressing processes may not, finds study

Research indicates, with robust handwashing protocols, there is no difference in cleanroom garment bacterial contamination with or without gloves in the dressing process. 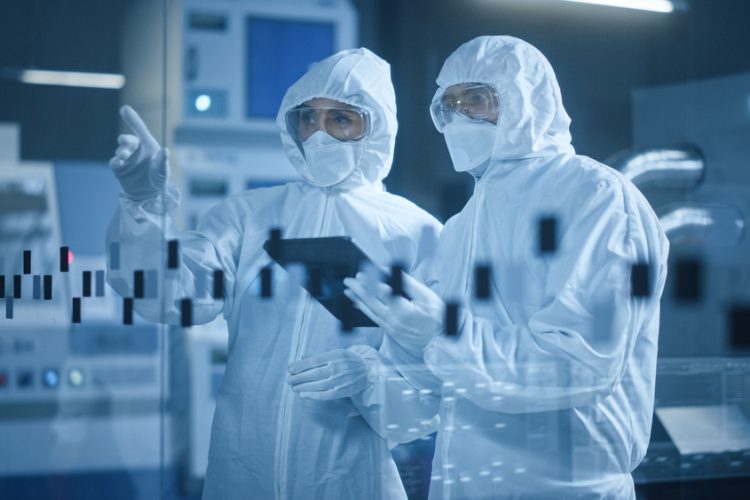 How important are gloves during the cleanroom gowning procedure? According to a new study, potentially not at all.

In fact, the study found that, so long as a systematic handwashing procedure was followed prior to dressing, there was no significant difference between the growth plates collected from the cleanroom garments of those wearing sterile cleanroom gloves during donning and those not wearing gloves at all.

It is well established that human operators are the predominant source of contamination within cleanrooms, with some studies suggesting up to 80 percent of cleanroom particulates are of human origin. This is why cleanroom garments are essential as a protective barrier between the operator and the cleanroom environment.

However, bacteria is able to grow on the fabric of the outside of cleanroom garments and can compromise the cleanroom environment, either through the air or by direct contact with surfaces. To prevent this, cleanroom garments are donned in a manner to minimise potential contamination of the exterior surfaces, with current best practice requiring operators to dress while wearing sterile cleanroom gloves after rigorous handwashing.

Yet, according to a paper published in the European Journal of Parenteral and Pharmaceutical Sciences, despite gloves being a well reported point of contamination transmission in the cleanroom environment, the efficacy of gloves in minimising to the contamination of cleanroom garments during dressing had not been assessed.

In the study, three operators in the Cleanroom Facility at Robert Gordon University’s School of Pharmacy and Life Sciences in Aberdeen followed a rigorous handwashing procedure and then donned cleanroom garments with no gloves, wearing non-sterile nitrile gloves or wearing sterile cleanroom latex gloves. Contact plates were used to test the exterior surface of the garments immediately after gowning at seven specific sites and the plates incubated before bacterial levels were quantified.

Each operator dressed on nine separate occasions, three for each different gloving scenario, with the seven contact plates taken each time, the total number of contact plates was 189.

The investigators observed no significant difference between the number of contact plates displaying growth against the variable of no gloves, non–sterile gloves or sterile cleanroom gloves following either 24-hour and 48-hour incubation periods. Though there was a significant increase in the percentage of contact plates displaying growth at 48-hours, compared to 24-hours, for all three gloving scenarios. There was also no significant difference in the number of plates showing growth when comparing each of the seven specific testing sites.

The results led the authors to conclude that, so long as a standardised hand washing protocol incorporating an appropriate antimicrobial soap is strictly observed, then gloves could be omitted in gowning procedures, to slight environmental and economic gain. However, cautioned that non-compliance with such handwashing protocols must be taken into account in any such decision.