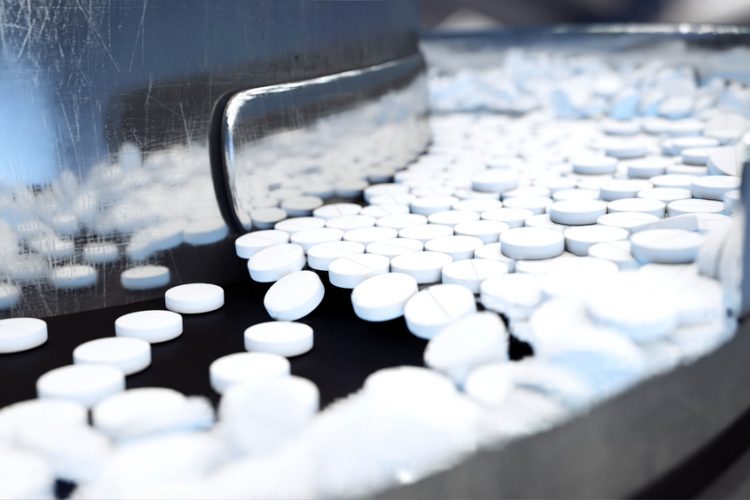 Co-processing is used in the pharmaceutical industry to produce new and high functional excipients for direct compaction. It combines two or more existing excipients at the sub-particle level in order to improve their flowability and compactability, two key properties for tableting by direct compaction.

In the study, Sierra-Vega et al. sought to answer three key questions about the use of a co-processed excipient in high-load dose formulations (40 or 60 percent ibuprofen active pharmaceutical ingredient [API]):

According to the authors, this is the first time such work has been undertaken because previous studies do not compare the performance of a co-processed excipient and its non-co-processed excipients to develop real-time NIR spectroscopic methods for blend uniformity analysis of a cohesive API.

In the study, two NIR spectroscopic methods were developed to monitor the powder and tableting properties – one using a co-processed material as the main excipient and the other using a powder blend of the individual base components from the co-processed material. The NIR spectra were obtained in-line while the powder blends flowed within a three-chamber feed frame from a tablet press.

Sierra-Vega et al. wrote that the feed frame is the closest point to the final product for monitoring, while enabling the entire powder blend to be analysed. The in-line evaluation of blend uniformity also allows the estimation of the sampling errors associated with the measurement system.

Additionally, compared with the powder blend of individual ingredients, the co-processed excipient formulations had significant advantages, including lower compressibility and cohesion, as well as higher flow factor.

The authors concluded that the use of process analytical technologies such as NIR can benefit the development of a formulation and that “selecting a suitable excipient for the formulation helps optimise the manufacturing process, reducing the magnitude of the total measurement error”.

The study was published in the International Journal of Pharmaceutics.