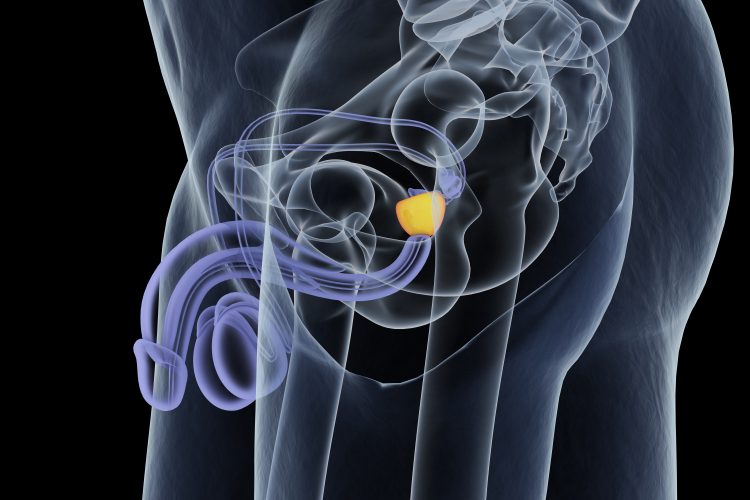 While the five-year survival rate of localised prostate cancer is nearly 100 percent, for mCRPC patients it is only 30 percent. Clinical studies have demonstrated the efficacy and safety of several therapies, including 177Lu-PSMA in the post- androgen deprivation therapy (ADT) setting in patients with mCRPC. Additional therapies, such as 225Ac-PSMA-617, are often considered once the disease begins to progress again.

The retrospective study included 53 patients who received 225Ac-PSMA-617 directly following ADT therapy. Molecular imaging with 68Ga-PSMA PET/CT was obtained at baseline, before every treatment cycle and on follow-up for select patients to determine how much 225Ac-PSMA-617 to administer and for response assessment. Patients’ PSA levels were also obtained to assess response.

The results, published in the Journal of Nuclear Medicine, show 96 percent of patients had a reduction in their initial prostate specific antigen (PSA) value after treatment with 225Ac-PSMA-617, with 91 percent (48 patients) experiencing a greater than 50 percent reduction. Additionally, PET imaging became negative (showing no signs of disease) in 30 patients.

No severe of hepatotoxicity was noted and only 3 patients had grade III-IV nephrotoxicity. The most common toxicity seen was grade I-II xerostomia observed in 81 percent of patients.

“Previous research has shown a remarkable therapeutic efficacy of 225Ac-PSMA-617 in heavily pre-treated mCRPC patients, as demonstrated by the initial work from Kratochwil et al. from Germany,” explained Mike Sathekge, professor and head of the Nuclear Medicine Department at the University of Pretoria and Steve Biko Academic Hospital in Pretoria, South Africa. “In this study we sought to compare 225Ac-PSMA-617 to other common post-ADT treatments, such as chemotherapy, enzalutamide and abiraterone acetate or docetaxel, administered in a comparable setting.”

He added: “It is clear that 225Ac-PSMA-617 is an effective treatment for men with mCRPC. This radioligand therapy may be a viable treatment option, especially if standard of care options are not available or are contraindicated. Since 225Ac-PSMA-617 has few treatment-related toxicities (notably xerostomia), it could also prove helpful in low middle income countries where patients are more likely to refuse chemotherapy or the current standard of care due to fear of side effects.”

The authors of the study concluded that the results suggest a prospective randomised study comparing 225Ac-PSMA-617 to current standard of care treatment options, such as enzalutamide, abiraterone acetate and docetaxel, post-ADT is of major clinical relevance.