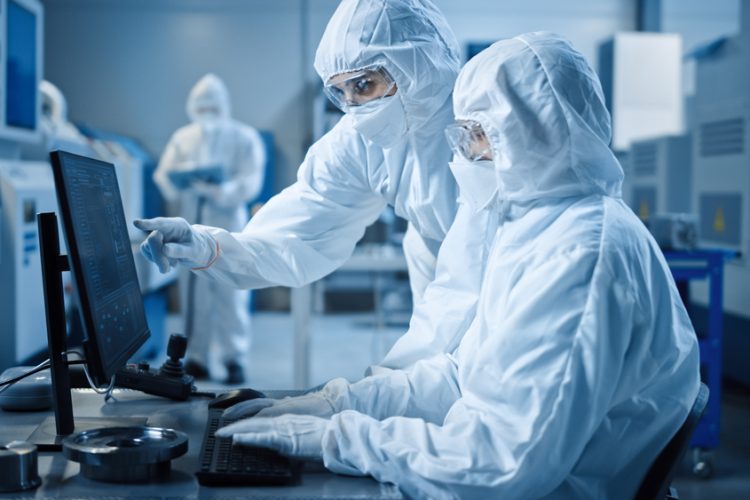 Airborne concentrations of particles and microbe-carrying particles (MCPs) in cleanrooms have to be monitored and maintained below certain levels. While monitoring locations and control levels are often decided informally, what should the formal approach look like?

In a new paper, Dr William Whyte outlines a formal approach to selecting cleanroom monitoring locations and setting control levels. He explained that a risk assessment should be undertaken to identify locations where there is the greatest risk to the product or process.

To formally define these locations, Hazard Analysis and Critical Control Point (HACCP) 4 and Failure Mode and Effect and Criticality Analysis (FEMCA) 5 are risk assessment methods most frequently used in cleanrooms, according to Dr Whyte. The first step in these assessments is to choose locations that have a potential for causing airborne contamination of critical surfaces and then calculate the risk, considering the probability and severity of the risk factors of contamination.

The full paper gives examples of risk assessments being undertaken to select the highest risk locations for monitoring.

Once the locations are selected, you need to know what to monitor for. There are two common control levels: alert and action. The action level is the concentration of contaminants that should not be exceeded, prompting immediate action if it is, where the alert level is “an airborne concentration that is greater than normally found in the cleanroom or clean zone,” and essentially acts as an early warning of potentially unacceptable conditions.

For a cleanroom with roughly normally distributed contamination, there are two options for setting the levels:

For a non-parametric (not normal) distribution, control levels of airborne concentrations can be set at the upper percentiles in exactly the same way as the standard deviation confidence limits – ie, 95th percentile is equivalent to 95 percent confidence limit.

For further details, read the article published as an annex in the book Cleanroom Testing and Monitoring and reproduced in the latest issue of European Journal of Parenteral and Pharmaceutical Sciences.