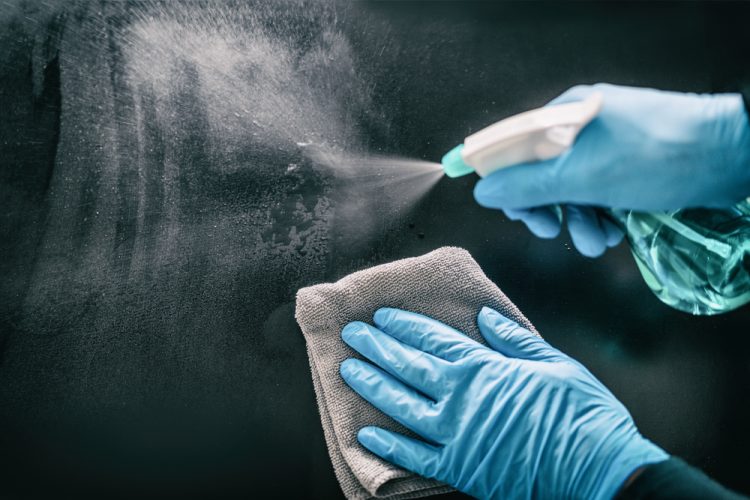 Ensuring potential microbial contaminants are not transferred into cleanroom environments is a key aspect of risk mitigation strategies.

In a review, pharmaceutical microbiologist and contamination control expert Tim Sandle, reviewed several methods of material transfer, listing the decontamination methods based on efficacy and commenting on their weaknesses.

Sandle states that there is a contamination control hierarchy with the different methods of transferring items into an aseptic area.

Autoclaving and depyrogenation tunnels are the most effective ways to transfer items into an aseptic processing area, as they are sterilisation methods, rather than disinfection.

Presenting the greatest risks of contamination are static pass-through hatches without air supply and personnel carrying items in via changing rooms etc, respectively.

The minimum EU GMP Annex 1 requirement for transfer disinfection/decontamination is a transfer hatch with localised air supplies (Grade A / ISO class 5 at rest), also known as a dynamic pass-through hatch. Sandle noted that the revised EU GMP Annex 1 highlights the importance of the transfer of materials, placing “an emphasis upon robust disinfection practices where the use of double-ended autoclaves is not possible.”

According to Sandle, the transfer of materials is most critical between Grade C (ISO class 8 in operation) and Grade B (ISO class 7 in operation) cleanrooms. For such applications, he reviewed decontamination chambers and dynamic and static hatches.

“While all pass-through activities present the risk of passive particle transfer, the automated decontamination chamber presents the best chance of inactivating those particles that are microbial in nature compared with dynamic and static hatches,” wrote Sandle.

He notes: “The objectives of an automated cycle decontamination chamber are to decontaminate both the chamber and the load.” The ability of the device to achieve a sufficient level of biological kill is assessed using an organism resistant to hydrogen peroxide vapour, such as Geobacillus stearothermophilus.

Hydrogen peroxide decontamination, the most common form, has four stages:

Sandle wrote that the effectiveness of hydrogen peroxide vapour depends both on the overall concentration and the even distribution of the hydrogen peroxide inside the chamber. The vapour cannot kill microorganisms protected by a covering or shielded by other surfaces; this must be considered in loading practices, and hanging items within the chamber rather than laying them flat will enable more effective distribution of the vapour and hence greater decontamination.

The most important aspect of the use of pass-through hatches is transfer disinfection, which involves the manual application of a sporicide on the surface, followed by the application of an alcohol-based disinfectant.

The use of pre-sterilised multi-wrapped procedure kits whereby successive layers of wrapping can be removed as items are transition from outside, through controlled-not-classified areas, and the cleanroom cascade, is key.

“It is recognised that different facilities will have different levels of technology… Nevertheless, qualified, automated systems will always confer an advantage. This is because the use of operator dependent wipe-spray transfer disinfection techniques is widely recognised as one of the weakest links in the aseptic process. Many objects are too bulky, uneven with their surface topography, or there are simply too many items for an operator to process consistently. However, automated decontamination systems are not without their weaknesses and they require reproducible qualification,” concluded Sandle.

The review was published in the Journal of GXP Compliance.