The National Institute of Allergy and Infectious Diseases (NIAID)-supported clinical trial will assess whether the bacteriophage therapy WRAIR-PAM-CF1 safely reduces the quantity of Pseudomonas aeruginos bacteria in fibrocystic lungs. 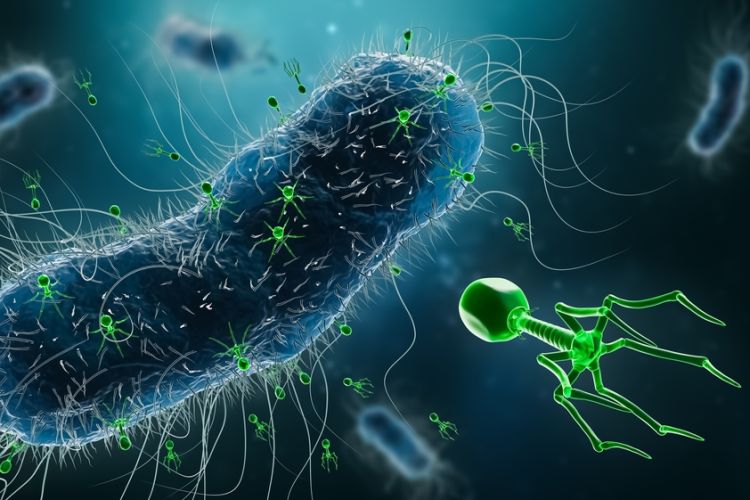 An early Phase Ib trial (NCT05453578) funded by the National Institute of Allergy and Infectious Diseases (NIAID) and conducted by the Antibacterial Resistance Leadership Group (ARLG) has begun to evaluate if WRAIR-PAM-CF1, a bacteriophage therapy, is safe for use and lowers the presence of Pseudomonas aeruginos (P. aeruginosa) bacteria in cystic fibrosis (CF) patients’ lungs.

P. aeruginosa is the most common bacteria to provoke CF issues. It does so by infecting damaged tissue caused changes in mucus as a result of CF. Infections produced by the bacteria are rapidly becoming more resistant to multiple drugs. As such, only a select group of antibiotics have been authorised recently to treat the illness. The discovery of more effective treatment is time-critical for CF patients and the future results of the Phase Ib trial are expected to provide evidence of such therapies.

“Although research on bacteriophage therapy may still be in its infancy in the United States, we hope that this study, and others like it, could open the doors to a new type of therapy for difficult-to-treat bacterial infections,” explained Dr Anthony S. Fauci, NIAID’s Director.

Bacteriophage therapies use viruses to kill targeted bacteria without damaging other areas of the body. WRAIR-PAM-CF1 is made from four bacteriophage species that naturally infect and kill the P. aeruginosa bacterium. Early analysis confirmed that the selected viruses do not have genes at risk triggering antibiotic resistance.

Trial researchers are anticipated to monitor 72 adults at 16 US CF centres and administer the therapy using a single IV infusion at a particular dose level. The therapy’s safety limits, details on how the phages function in the body and the therapy’s effect on lung function are all aspects which will be assessed and reported on during the study. Quality of life will also be a key measure, as will the therapy’s impact on participants from different geographical areas.

Initially, two participants for each of the three dosage levels dispensed will receive the infusion and be monitored for a period of four days. If no severe safety concerns are found, more volunteers will be enrolled to receive a single infusion or a placebo.

The results of this early stage will govern the dosage given to the projected 50 participants in Phase II of the study, should the primary research be a success.

What to consider when formulating bacteriophages…