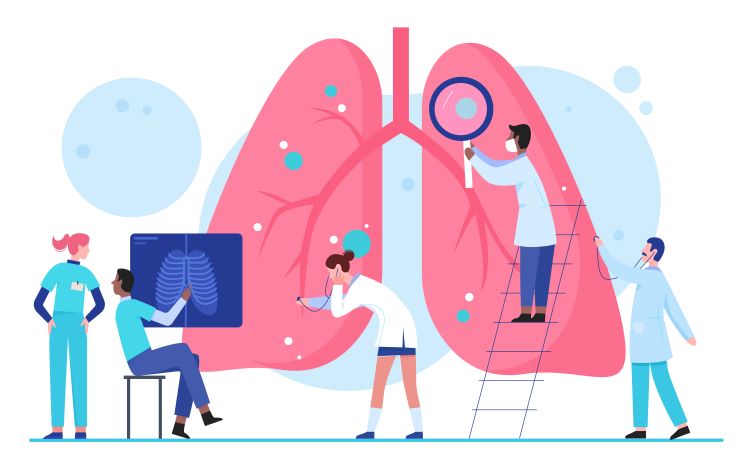 Patients with metastatic non-small cell lung cancer (mNSCLC) with high tumour aneuploidy (tumour cells exhibiting either missing or extra chromosomes) were found to have significantly better survival if radiotherapy (RT) was added to immune checkpoint blockade (ICB) in a Phase I study.

The study results, published in Nature Cancer, identified the first biomarker that predicts response to a combination therapy of RT and ICB, suggested that adding radiation to the therapy protocol of patients who do not respond to immunotherapy alone can improve outcomes.

According to Dr Sean Pitroda, Assistant Professor of Radiation and Cellular Oncology at UChicago Medicine and the senior author of the paper, researchers demonstrated that radiotherapy to metastatic sites concomitant with, but not before or after, ICB improved survival in the study’s participants with high aneuploidy tumours. No survival benefit for patients with low aneuploidy when adding RT to ICB treatment were identified.

The Phase I trial of 37 patients showed radiation therapy alone was less effective in eliminating tumour cells compared to simultaneous radiation and immunotherapy. “A key observation was that radiation therapy alone caused depletion of important immune cells within the tumour, however, with concurrent therapy there was enrichment of immune cells and improved elimination of tumour cells that led to positive survival outcomes in mNSCLC patients,” Pitroda observed.

“By giving immunotherapy with radiation, we believe that radiation becomes more effective at killing tumour cells, by helping immune cells find the damaged tumour that’s dying off,” he stated. “[Thus]… the timing of radiation and immunotherapy is critical to this process,” added Pitroda.

Pitroda concluded that “We have the first method to personalise therapy—to choose the right therapy for the right patient at the right time—employing radiation and immunotherapy.”