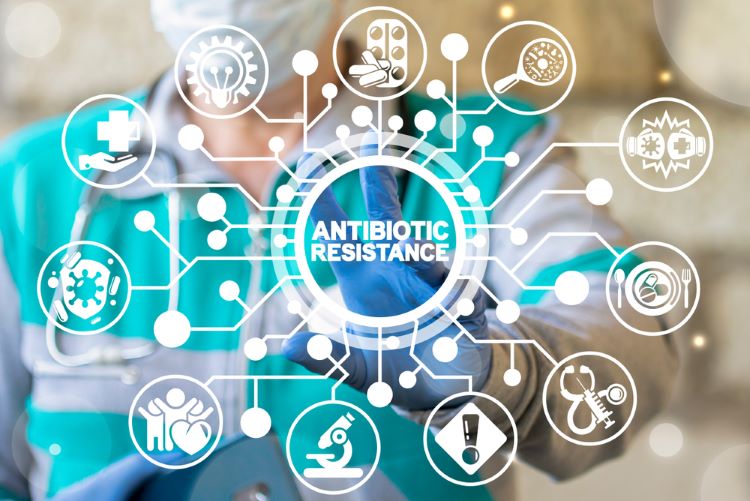 The Global Antimicrobial Resistance and Use Surveillance System (GLASS) report 2022 by the World Health Organization (WHO), which contains AMR trends for the first time since 2017, showed that common bacterial infections are becoming increasingly resistant to treatments.

Data from the 2022 GLASS report

The document includes data on antimicrobial consumption (AMC) in humans in 27 countries and analyses for antimicrobial resistance (AMR) rates in relation to national testing coverage. Within six years, GLASS achieved participation from 127 countries with 72 percent of the world’s population.

The report observed that over 60 percent of Neisseria gonorrhoea isolates, a common sexually transmitted disease, have demonstrated resistance to ciprofloxacin, one of the most used oral antibacterials. Over 20 percent of Escherichia coli isolates, the most common pathogen in urinary tract infections (UTIs), were resistant to first-line drugs ampicillin and co-trimoxazole and fluoroquinolones, which are second-line treatments.

Over half of cases of resistance were reported in bacteria frequently causing bloodstream infections in hospitals, such as Klebsiella pneumoniae and Acinetobacter spp, stated the 2022 report. These life-threatening infections require treatment with last-resort antibiotics, such as carbapenems. Yet, eight percent of bloodstream infections caused by Klebsiella pneumoniae were reported to be resistant to carbapenems, which increases the risk of death.

Despite most resistance trends remaining stable over the past four years, the report found bloodstream infections due to resistant E.coli and Salmonella spp. and resistant gonorrhoea infections increased by at least 15 percent compared to rates from 2017. WHO noted that additional research is required to determine why AMR increased and to what extent it is related to more hospitalisations and increased antibiotic treatments during the COVID-19 pandemic.

In terms of AMC in humans, 65 percent of the 27 reporting countries met WHO’s target of ensuring that at least 60 percent of antimicrobials consumed are from the ‘ACCESS’ group of antibiotics, which are effective in a wide range of common infections and have a relatively low risk of creating resistance, according to the WHO Access, Watch, Reserve (AWaRE) classification.

The new analyses confirmed that countries with a lower testing coverage, mostly low- and middle-income countries (LMICs), have a higher chance of reporting significantly higher AMR rates for most ‘bug-drug’ combinations. The WHO suggested this could be partly due to a limited number of referral hospitals in many LMICs reporting to GLASS. For instance, the global median AMR levels were 42 percent (E. coli) and 35 percent (Methicilin-resistant Staphylococcus aureus – MRSA) – the two AMR Sustainable Development Goal indicators. Yet when countries with high testing coverage were considered, these levels were considerably lower at 11 percent and 6.8 percent, respectively.

“Antimicrobial resistance undermines modern medicine and puts millions of lives at risk,” stated Dr Tedros Adhanom Ghebreyesus, WHO Director-General. “To truly understand the extent of the global threat and mount an effective public health response to AMR, we must scale up microbiology testing and provide quality-assured data across all countries, not just wealthier ones.”

According to the WHO, responding to trends of antimicrobial resistance requires high-level commitment from countries to boost surveillance capacity and provide quality assured data as well as action by all people and communities. Strengthening the collection of standardised quality AMR and AMC data, the next phase of GLASS will support effective data-driven action to stop the emergence and spread of AMR and ensure antimicrobial medicines are accessible for future generations.

The World Health Organization (WHO)

The World Health Organization (WHO)