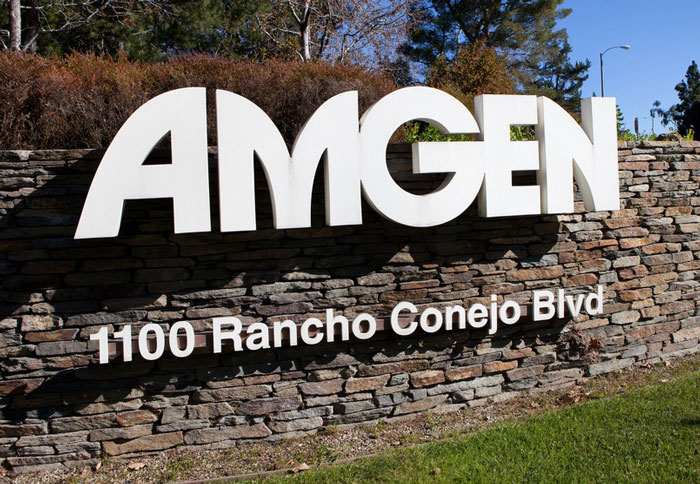 Data from one of the long-term pooled analyses showed that evolocumab significantly reduced lipoprotein(a) (Lp(a)) over 64 weeks. Data from a separate long-term, 52-week pooled analysis showed that adverse events (AEs) were overall balanced between patients who achieved LDL-C levels of <40 mg/dL and those who achieved LDL-C levels of >40 mg/dL. Another pooled analysis showed the two dosing regimens of evolocumab were clinically equivalent. These evolocumab data were included as part of the 13 presentations showcased at the American Heart Association (AHA) Scientific Sessions 2014.

Evolocumab is an investigational fully human monoclonal antibody that inhibits proprotein convertase subtilisin/kexin type 9 (PCSK9), a protein that reduces the liver’s ability to remove LDL-C, or “bad” cholesterol, from the blood.1

“The long-term data analyses from our clinical development program further support that evolocumab is a potential treatment option for patients who, despite current therapies, still need help managing their condition,” said Sean E. Harper, M.D., executive vice president of Research and Development at Amgen. “The two evolocumab dosing regimens provide an option for patients who want the ability to administer evolocumab once every two weeks or monthly. We continue to work with regulatory agencies to potentially make evolocumab available to patients.”

Analysis of pooled data from Phase 2, 3 and open-label extension studies of 3,278 patients with high cholesterol showed that in the year-long extension phase, treatment with subcutaneous evolocumab 140 mg every two weeks or 420 mg monthly plus standard of care (SOC) resulted in mean reductions in Lp(a) from baseline of 22 percent at 24 weeks and 29 percent at 52 weeks. The mean Lp(a) reductions showed consistency with results observed in the 12-week parent studies, indicating treatment with evolocumab resulted in significant and sustained reductions in Lp(a) over a combined period of 64 weeks (p<0.001). Lp(a) is a pro-atherogenic lipoprotein related to LDL and is associated with cardiovascular disease risk.2

“Historically, epidemiologic studies have shown a consistent and independent association between increased lipoprotein(a) and cardiovascular disease risk; however, current therapeutic options to reduce lipoprotein(a) are limited,” said evolocumab investigator Frederick J. Raal, M.D., Ph.D., University of Witwatersrand, Johannesburg. “Results from these pooled studies show that evolocumab has significant effects across the lipid profile and was effective in reducing lipoprotein(a) over a year of treatment.”

Another long-term data analysis from the Phase 2 OSLER-1 and Phase 3 DESCARTES 52-week studies compared the rate of AEs between 1,012 patients with high cholesterol who achieved low LDL-C (<40 mg/dL) and 1,187 patients with higher achieved LDL-C levels (>40 mg/dL). Both groups had comparable rates of at least one AE (78 percent vs. 83 percent [LDL-C <40 mg/dL vs. LDL-C >40 mg/dL]). The overall occurrence of common AEs was balanced between LDL-C groups, and the overall event rates did not appear to be influenced by the use of intensive background statin therapy. The most common AEs across groups achieving low LDL-C and higher LDL-C, respectively, were nasopharyngitis (13.8 percent vs. 13.1 percent), upper respiratory tract infection (8.7 percent vs. 7.3 percent), influenza (5.8 percent vs. 7.2 percent), back pain (7.1 percent vs. 5.3 percent) and arthralgia (5.8 percent vs. 4.7 percent).

“The analysis from the OSLER-1 and DESCARTES studies showed that adverse events were generally balanced between patients with low and higher LDL cholesterol levels,” said Michael Koren, M.D., investigator for the OSLER-1 and DESCARTES studies and chief executive officer of the Jacksonville Center for Clinical Research, Jacksonville, Fla. “We are encouraged by the promising results we continue to see with evolocumab after more than one year of treatment, and look forward to evaluating longer-term data in the future.”

High cholesterol, particularly elevated LDL-C, is the most common form of dyslipidemia, which is an abnormality of cholesterol and/or fats in the blood.3,4 Elevated LDL-C is recognized as a major risk factor for cardiovascular disease.5,6 Familial hypercholesterolemia (FH) is an inherited condition caused by genetic mutations which lead to high levels of LDL-C at an early age,7 and it is estimated that less than one percent of people with FH (heterozygous and homozygous forms) in the U.S. are diagnosed.8

Amgen will host a webcast investor call at AHA Scientific Sessions 2014 on Tuesday, Nov. 18, at 6 p.m. CST. Rob Scott, M.D., vice president of Global Development at Amgen, and Scott Wasserman, M.D., executive medical director of Global Development at Amgen, along with clinical investigators, will participate at the investor meeting to discuss Amgen’s cardiovascular program, including the evolocumab data presented at the congress.

Live audio of the investor call will be simultaneously broadcast over the Internet and will be available to members of the news media, investors and the general public.

The webcast, as with other selected presentations regarding developments in Amgen’s business given by management at certain investor and medical conferences, can be found on Amgen’s website, www.amgen.com, under Investors. Information regarding presentation times, webcast availability and webcast links are noted on Amgen’s Investor Relations Events Calendar. The webcast will be archived and available for replay for at least 90 days after the event.