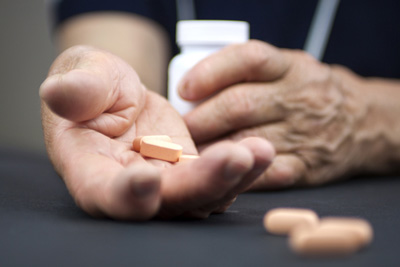 A total of 4,903 patients with ankylosing spondylitis, psoriatic arthritis or rheumatoid arthritis (collectively referred to as IMRD) were included in the study.

Persistence was measured in accordance with the International Society of Pharmacoeconomics and Outcomes Research (ISPOR) Medication Compliance and Persistence Work Group definition, from the date of the first filled prescription of an SC-TNFi until the end of the duration of the last prescription.

Patients were identified through filled prescriptions for adalimumab, etanercept, certolizumab pegol, and golimumab between May 2010 and December 2012, from the Swedish Prescribed Drug Register.

While persistence was similar for the four agents in the first 12 months post-treatment initiation, golimumab consistently demonstrated significantly higher persistence than adalimumab and etanercept between 12 and 36 months.

Golimumab showed numerically higher persistence than certolizumab pegol from 12 to 36 months, however, the difference was not statistically significant at the 5% level over the full study period.

“This is thought to be the first study in a European setting that shows that persistence in treatment with SC-TNFi may be associated with cost offsets,” explains Sumesh Kachroo. “This provides further evidence for the need of an all-inclusive approach involving provider-patient-payer-drug manufacturer to find ways to increase persistence rates in real-world settings.”