Lilly and Incyte have announced results from the RA-BEACON Phase III study of baricitinib for the treatment of moderate-to-severe rheumatoid arthritis (RA). 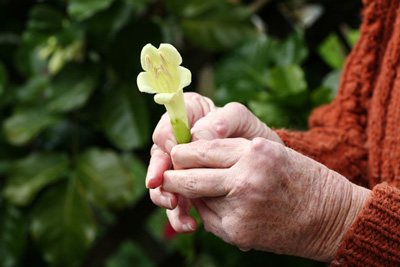 The RA-BEACON study enrolled 527 patients who previously had failed at least one tumour necrosis factor (TNF) inhibitor, and included 199 patients who also had received prior treatment with one or more non-anti-TNF biologic agents. Patients received baricitinib 2 mg or 4 mg or placebo daily, in addition to their existing background therapies, for 24 weeks.

The study met its primary endpoint of improved ACR 20 response for baricitinib compared with placebo at week 12. ACR 20 represents at least a 20% improvement across selected measures of disease activity.

Commenting on the results, Terence Rooney, M.D., Lilly’s senior medical director for baricitinib, said: “The findings from the RA-BEACON study suggest treatment with baricitinib is associated with meaningful improvements in RA symptoms. The baricitinib clinical development program includes a wide range of patients across the RA treatment spectrum. If approved, baricitinib may be a valuable option for rheumatologists and patients who are looking for new alternatives to treat this debilitating disease.”

Rich Levy, M.D., Incyte’s chief drug development officer, added: “The RA patient community is diverse and there continues to be a need for more therapeutic options that address individual treatment needs, including in patients whose disease has not responded to TNF inhibitor therapy.”

Improvement in ACR20 response rate observed as early as one week

Significant improvements in ACR response rates, DAS28-CRP and HAQ-DI that were noted with baricitinib versus placebo at week 12 were maintained through week 24.

Through 24 weeks, the rate of treatment-emergent adverse events (AEs) was higher for baricitinib 4 mg (77 percent) and baricitinib 2 mg (71 percent) than for placebo (64 percent). Discontinuation rates due to AEs were 6 percent, 4 percent and 4 percent, respectively.