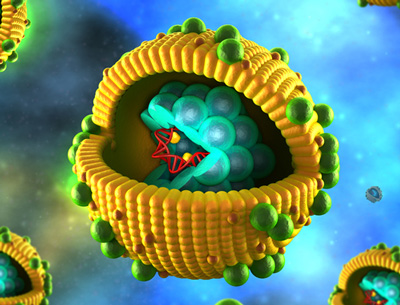 The study found that no matter whether certain RAVs, called NS5A, were present, 100 percent of patients with genotype 1b (GT1b) chronic HCV infection, who received Viekirax + Exviera without RBV for 12 weeks, achieved SVR12. Results also showed 97 percent of patients with genotype 1a (GT1a) chronic HCV infection with or without baseline NS5A RAVs achieved SVR12 when receiving the recommended regimen of Viekirax + Exviera with RBV. These findings included both patients new to therapy and pegylated interferon/ribavirin (pegIFN/RBV) treatment-experienced, as well as those with compensated cirrhosis.

“These results show that high virologic cure rates were achieved in HCV genotype 1a and 1b infected patients no matter their NS5A RAV status when treated with Viekirax plus Exviera with and without ribavirin as recommended, a regimen which contains the NS5A inhibitor ombitasvir,” said Christoph Sarrazin, M.D., professor of medicine at J.W. Goethe University Hospital in Frankfurt, Germany.

As the hepatitis C virus replicates, variants of the viral NS5A protein are produced. The impact of these variants on treatment response, including the possibility of becoming resistant to therapy or achieving SVR, has yet to be fully determined.

“It’s important that we understand emerging issues in treating people with chronic HCV, including RAVs, so that we can meet the needs of patients and physicians,” said Rob Scott, M.D., vice president, development and chief medical officer, AbbVie. “As we learn more about the role of resistance to direct-acting antiviral regimens, it is vital to further investigate treatment options that are not affected by baseline RAVs.”

To understand more about the impact of variants on treatment response, next-generation sequencing was used to assess baseline samples for variants in NS5A, which were detected in 11 percent of GT1a patients and 19 percent of GT1b patients, with a detection threshold of 15 percent, consistent with the limits of detection for variants by population sequencing. The post-hoc analysis was performed on data from five completed Phase III studies: PEARL-IV (GT1a treatment-naïve), SAPPHIRE-II (GT1a pegIFN/RBV treatment-experienced), TURQUOISE-II (GT1a compensated cirrhosis – 24 week treatment arm), PEARL-II (GT1b pegIFN/RBV treatment-experienced) and TURQUOISE-III (GT1b compensated cirrhosis). Patients who did not achieve SVR for reasons other than virologic failure (such as early treatment discontinuations or SVR12 data unavailable) were excluded from the analysis.