The total immuno-oncology market will be worth approximately $14 billion by 2019, rising to $34 billion by 2024, according to GlobalData… 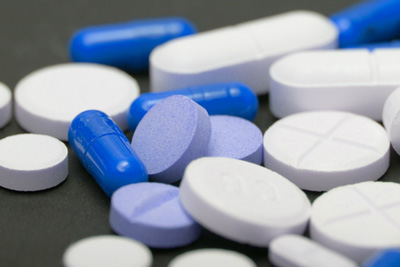 The total immuno-oncology market will be worth approximately $14 billion by 2019, rising to $34 billion by 2024, according to research and consulting firm GlobalData.

The company’s latest report states that the approval and uptake of immuno-oncology products is set to burgeon due to increased recognition of their long and durable tumour responses, which are similar to targeted therapies. Furthermore, these treatments have shown efficacy in a wide variety of indications and are not associated with the adverse side effects produced by traditional chemotherapy such as fatigue, neutropenia, or alopecia.

Dan Roberts, Ph.D., GlobalData’s Senior Analyst covering Oncology and Haematology, commented: “Immuno-oncology products have demonstrated comparable respective efficacy and safety profiles, so their commercial success will largely rest on the speed with which they enter the market, their clinical and commercial positioning, target patient populations, and the marketing power of the relevant pharmaceutical company.”

Ono/Bristol-Myers Squibb’s Opdivo and Schering Plough/Merck and Co.’s Keytruda are set to be the highest-selling immuno-oncology drugs, with GlobalData forecasting multi-blockbuster sales of around $10 billion and $7 billion by 2024, respectively.

Roberts explained: “Both therapies, which are programmed cell death protein-1 (PD-1) inhibitors, will achieve such impressive sales due to the fact that they will be first-to-market in many indications, transcending competition such as Roche’s atezolizumab and AstraZeneca’s durvalumab.

“Although Keytruda will have sales in more tumour types than Opdivo, the indications in which the latter will have advantage over its competitors will have the largest drug-treated populations, such as non-small cell lung cancer.”

The analyst adds that opportunities for late-to-market entrants will still remain, despite the market dominance of a small number of products.

“As PD-1/ programmed death ligand-1 (PD-L1) inhibitors eventually saturate the oncology market, new developers are looking for ways to differentiate themselves. One way of doing this is by investigating various combinations of immuno-oncology treatments, with either other immuno-oncology or non-immuno-oncology products.

“AstraZeneca is the company to look out for in regards to the development of novel combinations. Indeed, it has the most late-phase combination trials, predominantly investigating its internally-owned immuno-oncology combination product in a number of cancers,” Roberts concluded.

WHO urges countries to “step up” the fight against malaria