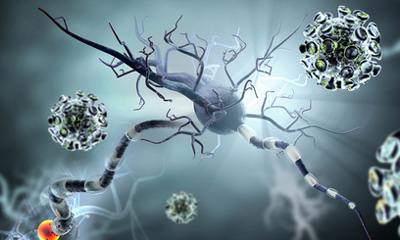 Data presented from the Phase III DECIDE study highlight the positive, sustained impact that Biogen’s daclizumab may have on cognitive function for patients with RRMS, in particular processing speed and attention. Cognitive impairment is a common symptom of MS affecting 43–70% of patients and causes significant functional disability, as well as decreased quality of life. Cognitive decline in MS can involve memory impairment, slowed information-processing speed (including difficulty following conversations or multi-tasking), impaired executive function (including difficulty with organisation or planning), and visual / spatial-processing (including difficulty with right-left orientation or navigation).

In the Phase III study of 1,841 patients, cognitive improvements were measured using the Symbol Digit Modalities Test (SDMT – a measure of information-processing speed and attention), across a daclizumab group and an intramuscular (IM) interferon beta-1a group. Improvements in SDMT ≥3 points or ≥4 points are deemed to be clinically meaningful.

Clinically meaningful improvements in SDMT scores were observed in a higher percentage of patients receiving daclizumab vs. interferon beta-1a IM at week 96. These improvements were sustained at week 144. Mean improvements from baseline at week 144 as measured using the SDMT were +6.30 for daclizumab-treated patients vs +3.09 for interferon beta-1a IM-treated patients.
Daclizumab selectively modulates interleukin-2 receptor signalling, leading to selective antagonism of pro-inflammatory effector T-cell activity and increased numbers of immune-regulatory CD56 natural killer (NK) cells. Data from the SELECT and SELECTION studies demonstrated that decreases in total, and differential, lymphocyte counts during treatment were modest and reversible upon treatment discontinuation. The CD4+/CD8+ ratio remained stable in SELECT and SELECTION. The absence of profound depletion of total lymphocytes, CD4+ and CD8+ T cells, and CD56 NK cells during treatment, and the reversibility of the changes in cell counts, provide further evidence of the targeted immunomodulatory MOA of daclizumab in RRMS.

The DECIDE study assessed cutaneous adverse events (AEs) associated with daclizumab. The majority (94%) of AEs observed were mild or moderate. The rate of serious AEs remained low at 2%, and were resolved following topical and/or systemic steroids, antihistamines, other therapies or treatment discontinuation. These data highlight that although serious AEs were infrequent, physicians should be aware that these events can occur and may need to be managed with multiple therapies.