The first subject has been dosed with immuno-oncology candidate HTL1071 in a Phase I clinical study, triggering a US$10 million payment to Heptares… 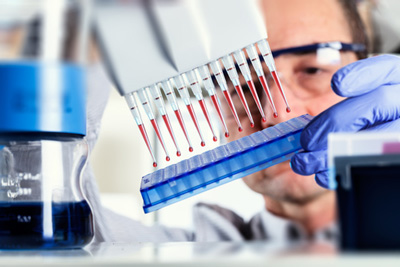 The first subject has been dosed with immuno-oncology candidate HTL1071 (AZD4635) in a Phase I clinical study, triggering a US$10 million payment to Heptares from AstraZeneca.

The first-in-human study is being conducted by AstraZeneca in approximately 50 patients with advanced solid malignancies and with non-small cell lung cancer (NSCLC). The primary objective is to determine the maximum tolerated dose (MTD) of HTL1071 alone and in combination with durvalumab (MEDI4736), an investigational human monoclonal antibody directed against PDL1. Pending the determination of the MTD, a Phase II trial is planned to investigate the safety, tolerability, pharmacokinetics and anti-tumour activity of the selected doses.

HTL1071 is an orally available, small molecule adenosine A2A receptor antagonist, and the lead candidate in a portfolio of A2A antagonists discovered by Heptares using its proprietary structure-based drug design platform. This portfolio was licensed to AstraZeneca in August 2015 for development and commercialisation across a range of cancers, with an associated R&D collaboration designed to discover further A2A antagonists for development in cancer immunotherapy.

An important milestone for Heptares

Commenting on the news, Tim Tasker, Heptares’ Chief Medical Officer, said: “The production of adenosine is a recently identified mechanism employed by tumour cells to suppress T cell activity and evade destruction. The initiation of this first clinical study in the A2A antagonist immuno-oncology programme with AstraZeneca is an important milestone for Heptares and we are excited to see how the results from preclinical studies translate into potential new medicines for cancer patients. This is the second programme in our partnered pipeline to progress into the clinic, the first being the M1 agonist programme, licensed to Allergan, in which two novel compounds are undergoing clinical studies as potential new medicines for cognitive impairment in Alzheimer’s disease and other neurological indications.”

Susan Galbraith, Vice President, Head of Oncology in AstraZeneca’s Innovative Medicines and Early Development Unit, added: “In building our immuno-oncology portfolio, we believe that blocking adenosine A2A receptor could enhance the efficacy of immune checkpoint inhibition via PDL1, CTLA4 and enhance the activity of CD73 inhibition. This innovative approach could help drive an immune attack on cancers, creating novel treatments with the potential to transform the lives of patients.”