Nutrition, the microbiome, and Autism Spectrum Disorder: A review

Posted: 26 June 2017 | University of Illinois College of Agricultural Consumer and Environmental Sciences (ACES) | No comments yet

Over the last decade, research has revealed more about the human gut microbiome—the environment within the gastrointestinal tract—where microbes, especially bacteria, reside. 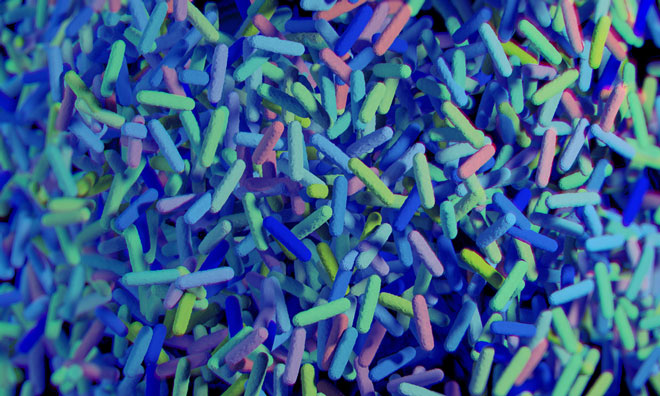 Recently, more has become known about the function of those microbes and the microbiome’s connection with health and disease.

Sharon Donovan, a professor of nutrition at the University of Illinois explains that researchers have started to look at more specific disease states and the microbiome. “We are starting to see links with autism, obesity, diabetes, cardiovascular disease, and almost every disease that is looked at.

“The gut-brain axis, is a hot area right now. We’ve known for a long time, for example, if you get nervous, the communication comes through the vagus nerve, from your brain to your gut. Oftentimes, people who have a lot of stress feel it in their guts. Now we have findings from animal model studies that show that the microbes themselves are able to signal the brain in part through the vagus nerve.”

Diet and the gut microbiome

Donovan and her graduate student Kirsten Berding are interested in the interaction between diet and the gut microbiome and are hoping to provide further evidence of nutrition’s impact on the microbiome and its association with ASD. This information could allow the effectiveness of some suggested dietary interventions to be tested.

There is evidence of abnormalities in gut microbiota composition in children with ASD, but Donovan explains that it has not been established whether it is those abnormalities that contribute to ASD symptoms or if it is the diet and medication use by a child with ASD that leads to the imbalance in gut microbes.

Parents of children with ASD often find information on the internet showing an association between diet and ASD as well as the microbiome and ASD, and they have been willing to try an array of dietary inventions and probiotics to help alleviate some of the ASD, as well as gastrointestinal symptoms, their children experience, Berding explains.

But often, parents are acting on anecdotal evidence, the hope that “if it worked for someone else’s child, it’ll work for mine.”

“Diets such as gluten-free or casein-free diets for children with autism, as well as other alternative interventions parents have tried, may not provide the hoped for results for every child,” Donovan says.

Therefore, the goal is to better understand to what degree the gut microbiota of children with ASD differs from non-affected children and to conduct studies that systematically evaluate the most effective interventions.  As a first step, Berding and Donovan reviewed the current research on the microbiome and the nutritional status of autistic children, as well as what is known about the underlying mechanisms of the microbiota-gut-brain axis—the way the gut and brain communicate with each other.

In their review, they found studies linking microbiome changes and ASD and differences in dietary intake in ASD, however, few studies link how nutrition may affect ASD symptoms via changing the gut microbiota.

“Many kids with autism are picky eaters and will often get stuck on certain foods. Some literature shows that those foods tend to be more simple sugars and not as nutritious. Some of the studies on food intake of kids with autism show that their fruit and vegetable consumption is low, and have low sources of dietary fibre. We know fibre is important for the microbiome. If they are picky eaters and they have a poor diet that’s one aspect,” Berding says.

Tracing not only nutrition’s influence, but also the influence of dietary supplements and medications on the microbiome will help the researchers understand correlations between diet, microbiome, and ASD and to establish new possible therapies to mitigate the severity of autism symptoms.

This is what Donovan and Berding hope to continue studying.

The researchers are now recruiting children aged 2-7 diagnosed with ASD who have not had any sort of probiotic or nutritional intervention, as well as non-affected siblings, to take part in a pilot study to look at common abnormalities in the microbiome and to eventually understand more about modulating the microbiome through the use of diet or supplements. Data such as faecal samples, daily food intake, and GI symptoms will be collected throughout the study.

“There may be ways to use diet or specific probiotics to help,” Donovan says. “They’re not necessarily going to replace medications but they may be able to do things that many medications aren’t successful in.”