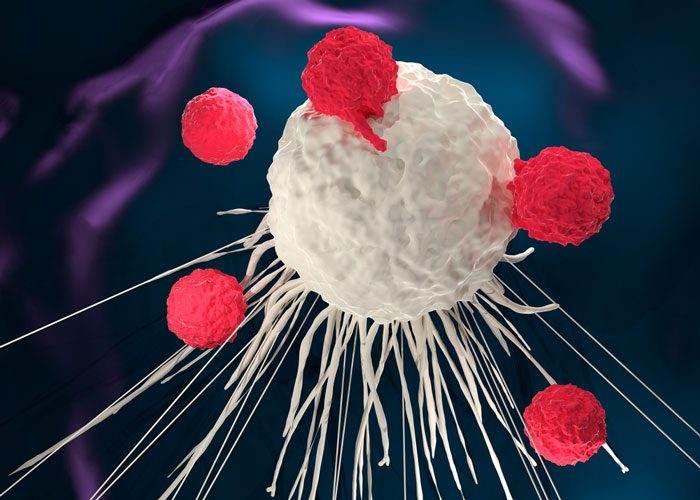 Immune-cell based therapies opening a new frontier for cancer treatment carry unique, potentially lethal side effects that provide a new challenge for oncologists, one addressed by a team led by clinicians at The University of Texas MD Anderson Cancer Center with proposed guidelines for systematically dealing with the toxicities of these drugs.

Their work confronts the two main side effects of chimeric antigen receptor T-cells, known as CAR-T cells, white blood cells genetically engineered to strike cells with a specific target on their surface.

“The algorithms that we published are conservative, detailed, and will help us save lives as we move forward with these exciting but also more toxic therapies,” Dr Shpall said.

The review covers wide-ranging research on CAR-T therapies by many institutions and includes insights based on more than 100 patients treated at MD Anderson, Moffitt Cancer Center in Tampa, Sylvester Cancer Center at the University of Miami, and Mayo Clinic Cancer Center in Rochester, Minn.

Patients were treated with CAR-T cells under development at four different companies for leukaemia’s and lymphomas that attack white blood cells called B cells. They target CD19, a protein found on the surface of both malignant and normal B cells.

In clinical trials of CAR-T for patients who have had all other treatments fail, response rates range from 50-90%.

“This represents a sea change in how we treat these patients,” said lead author Dr Sattva Neelapu, Professor of Lymphoma and Multiple Myeloma. “There have been no new treatments approved for patients with aggressive B-cell lymphomas relapsing after first-line therapy in 30 years, and only about 10 percent survive long term.”

“We need longer-term follow-up of patients treated so far in clinical trials, but these are potentially curative treatments,” Dr Neelapu said. “The toxicities are unique, and every member of the care team needs to be trained to recognize them and act accordingly.”

Two side effects have emerged during clinical trials that were previously uncommon to cancer treatments:

Both CRS and CRES are treatable, with early identification important to swift improvement. The review provides specific recommendations for pre-treatment preparation, monitoring of patients during and after CAR-T infusion, identifying and staging emerging CRS and CRES, and tailored treatment of those side effects depending

The review provides specific recommendations for pre-treatment preparation, monitoring of patients during and after CAR-T infusion, identifying and staging emerging CRS and CRES, and tailored treatment of those side effects depending on their severity.

Researchers also developed a simple and fast method to flag development of neurotoxicity. The 10-point test asks a patient to name the year, month, city, hospital and president/prime minister of their home country (5 points), to name three nearby objects (3 points), write a standard sentence and count backwards from 100 by tens.

A perfect score defines a normal cognitive function. A patient has mild to severe impairment depending on the number of questions or activities missed.

For one patient treated for B cell lymphoma cited in the review, deterioration of her handwriting was the first sign of neurological impairment, which led to prompt intervention and reversal of the toxicity within hours.

They also tap the existing research published or presented about these therapies. For example, CAR-T cell pioneer Dr Carl June, and colleagues at the University of Pennsylvania found abundant expression of interleukin-6 to be a driver of cytokine release syndrome. They successfully treated the first paediatric patient who suffered from CRS with IL-6 suppressors.