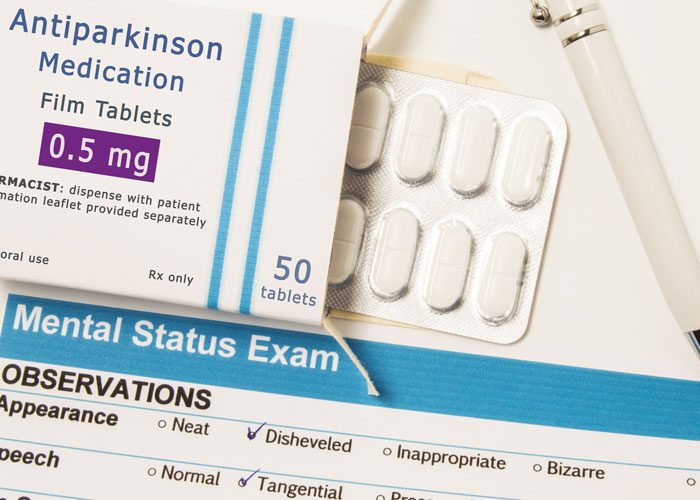 This discovery may explain the low incidence of many cancers in patients with Parkinson’s disease and could lead the way to carbidopa being repurposed as an anticancer medication.

“Carbidopa is an FDA-approved drug for treating Parkinson’s disease. Hence, clinical trials can be conducted right away to evaluate its efficacy in humans as an anticancer drug,” explained lead study author Dr Yangzom Bhutia from Texas Tech University Health Sciences Center in the USA.

While there is currently no cure for the condition, there are a number of treatments that act to reduce the severity of the symptoms of Parkinson’s disease. Dopamine itself cannot be used as a drug, as it will not cross the blood-brain barrier. However, one of the chemicals that forms dopamine – levodopa or L-DOPA – can cross into the brain and is converted into dopamine once there.

The researchers believe that carbidopa is likely to have wide-ranging anticancer effects, but chose to focus on pancreatic cancer for this study because of the low survival rate and limited treatment options for this form of the disease.

“Pancreatic cancer, especially the pancreatic ductal adenocarcinoma, is the most lethal of all cancers with a dismal survival rate,” commented Dr Bhutia. “Carbidopa as an anti-cancer agent to treat pancreatic cancer would be something truly amazing. Given the fact that it is a FDA-approved drug, re-purposing the same drug for cancer treatment would be tremendously cost- and time-saving.”

“Carbidopa as an anti-cancer agent to treat pancreatic cancer would be something truly amazing,” said Dr Bhutia.

The aryl hydrocarbon receptor (AhR) protein plays a critical role in cancer and activation of this protein has shown promise for treating a variety of different cancers including breast, colon and pancreatic cancer.

Dr Bhutia and colleagues showed that carbidopa activates AhR and believe this may explain, at least in part, its anticancer properties.The recommended dose of carbidopa for Parkinson’s disease patients is 200 mg/day, but when given at a dose even as high as 450 mg/day, there are no side effects.

While this study was not carried out in humans, the dose of carbidopa given to the mice that stopped tumour growth was equivalent to a dose in humans of less than 400 mg/day, which is within the dose range considered to be safe for patients.

“Our laboratory is actively working to determine if there are additional targets for this drug related to its potency as an anticancer drug,” Dr Bhutia added.

Earlier studies showed that L-DOPA does not have anticancer properties, but until now the potential anticancer properties of carbidopa have not been investigated.Many studies show that patients with Parkinson’s disease have a lower rate of most cancers compared with the general population. As most patients in these studies were treated with a combination of L-DOPA and carbidopa, it is possible that one or both of these drugs could exhibit anti-cancer properties and contribute to the lower incidence of cancer observed in these patients.

Many studies show that patients with Parkinson’s disease have a lower rate of most cancers compared with the general population. As most patients in these studies were treated with a combination of L-DOPA and carbidopa, it is possible that one or both of these drugs could exhibit anti-cancer properties and contribute to the lower incidence of cancer observed in these patients.

“Interestingly, no one has previously suspected carbidopa as a potential player in this phenomenon,” said Dr Bhutia. “Carbidopa is never used by itself as a drug for any disease. But our data show that carbidopa by itself possesses the anticancer effect. We believe that the reduced incidence of most cancers in Parkinson’s disease patients is due to carbidopa.”

“Interestingly, no one has previously suspected carbidopa as a potential player in this phenomenon,” said Dr Bhutia.

She added: “We also postulate that the increased incidence of melanoma in Parkinson’s disease patients is most likely due to L-DOPA, and not due to carbidopa, because L-DOPA is the precursor for melanin synthesis, a metabolic pathway that occurs exclusively in melanocytes.”

The author of an accompanying commentary to the research article Professor Stephen Safe, Texas A&M University, remarked: “This receptor was initially identified as the critical target that mediates the toxicity of “dioxin” and related compounds; however, results of this study with carbidopa and several other reports are demonstrating that the AhR is a therapeutic target not only for cancer but many other diseases.”

The authors acknowledge that the role of AhR in cancer is complex, but suggest that as carbidopa is already in use by Parkinson’s disease patients, further investigations into its role as a potential anticancer drug should be carried out.

Professor Aideen Sullivan from the University College Cork is a Parkinson’s disease expert who was not involved in the research. When asked about the current study, she commented: “With increasing interest in the re-purposing of drugs, to reduce costs and time needed to get a drug to market, it is timely for investigators to explore the potential anticancer properties of anti-Parkinson’s therapies.”

She added: “Since carbidopa has already been proven to be safe and well-tolerated by people with Parkinson’s, its application in cancer treatment, where most current therapies are associated with severe and long-lasting side-effects, will be welcomed by patients. Nevertheless, due to the complexity of cancer cell biology, it will be important to firstly conduct studies on the effectiveness of carbidopa in specific types of cancer.”

The study has been published in the Biochemical Journal.