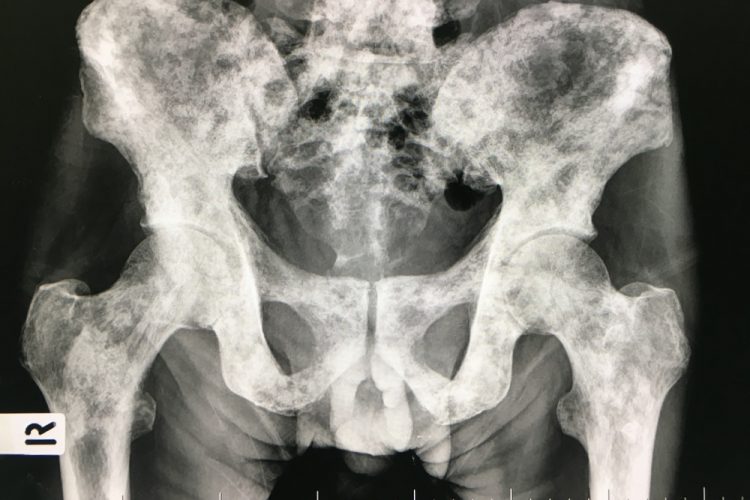 The team studied chordoma tumours from 104 patients and found that 16 percent of the tumour samples had genetic changes, or mutations, in PI3K signalling genes. These genes are the target of existing drugs, known as PI3K inhibitors, which are being used to treat many cancers, including breast cancer, lung cancer and lymphoma, but have not yet been considered for chordoma.

By sequencing the tumours’ DNA, we get a much clearer view of the genetic changes that drive chordoma

The gene brachyury, or T, has been known for some time to play a role in chordoma but for the first time, the team used genomic sequencing to demonstrate that only one additional copy of the T gene seems to drive these tumours.

The team also discovered a new cancer gene that is specific to chordoma, known as LYST, which has not been found in any other cancer. This finding warrants future research.

Dr Sam Behjati, the joint first author from the Wellcome Trust Sanger Institute, said: “By sequencing the tumours’ DNA, we get a much clearer view of the genetic changes that drive chordoma. We have shown that a particular group of chordoma patients could be treated with PI3K inhibitors, based on their mutations. This would have been missed had we not done genomic sequencing of their tumours.”

Josh Sommer, a survivor of chordoma and Executive Director of the Chordoma Foundation, USA, said: “These findings represent a major step forward in understanding the underlying causes of chordoma, and provide hope that better treatments may soon be available for some patients.”

Professor Adrienne Flanagan, the joint lead author from the Royal National Orthopaedic Hospital NHS Trust and University College London Cancer Institute, said: “This study provides a resource for chordoma research for years to come. In the future we hope to target chordoma from three angles: trialling PI3K inhibitors in chordoma; developing a therapeutic approach to switching off the extra copy of the T gene and studying the function of LYST as a cancer gene and its role in the development of chordoma”.