The NIH and 11 leading biopharmaceutical companies have launched the Partnership for Accelerating Cancer Therapies (PACT), totalling $215m as part of the Cancer Moonshot…. 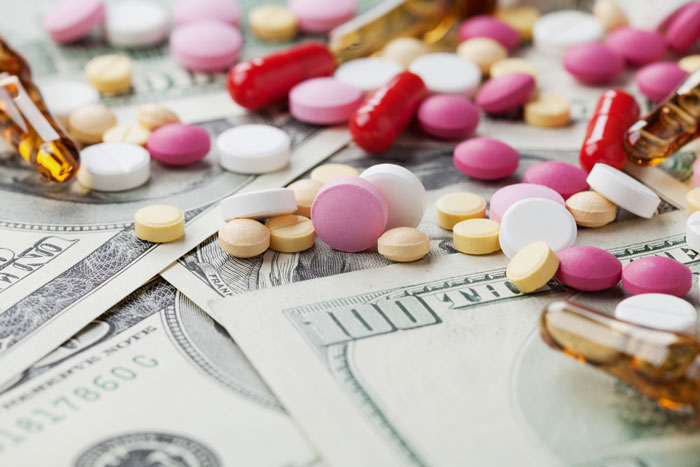 This new public-private partnership is a significant step forward in the battle against cancer.

PACT will initially focus on efforts to identify, develop and validate robust biomarkers — standardised biological markers of disease and treatment response — to advance new immunotherapy treatments that harness the immune system to attack cancer. The partnership will be managed by the Foundation for the National Institutes of Health (FNIH), with the Food and Drug Administration serving in an advisory role.

“This new public-private partnership is a significant step forward in the battle against cancer and a real boost to the potential of immunotherapy,” said Acting Health and Human Services Secretary Eric Hargan. “We are excited for this partnership, which will strengthen efforts already underway across HHS.”

We have seen dramatic responses from immunotherapy, often eradicating cancer completely for some cancer patients.

New immunotherapies have resulted in dramatic responses in certain cancer cases. They have also been the focus of intense investment by biopharmaceutical companies seeking to provide new options for patients who do not respond to other cancer therapies, but they don’t work for all patients.

Development and standardisation of biomarkers to understand how immunotherapies work in some patients, and predict their response to treatment, are urgently needed for these therapies to provide benefit to the maximum number of people.

“We have seen dramatic responses from immunotherapy, often eradicating cancer completely for some cancer patients,” said NIH Director Dr Francis S. Collins,  “We need to bring that kind of success — and hope — for more people and more types of cancers, and we need to do it quickly.   A systematic approach like PACT will help us to achieve success faster.”

PACT will facilitate systematic and uniform clinical testing of biomarkers to advance our understanding of the mechanisms of response and resistance to cancer therapy.

The research conducted under the partnership will also integrate immune and other related oncology biomarkers into clinical trials by defining a set of standardised biomarkers to be tested across a variety of studies. This approach will allow for the consistent generation of data, uniform and harmonised assays to support data reproducibility, comparability of data across trials, and discovery and validation of new biomarkers for immunotherapy and related combinations.  PACT will also facilitate information sharing by all stakeholders to better coordinate clinical efforts, align investigative approaches, reduce duplication and enable more high-quality trials to be conducted.

“A scientific and organisational challenge this complex cannot be addressed effectively by any one organization acting alone,” said Dr Maria C. Freire, President and Executive Director of the FNIH. “Instead, it requires the energies and resources of public and private partners working in close collaboration.”

Additional support has been provided by the Pharmaceutical Research and Manufacturers Association (PhRMA). The 11 partner organiSations will contribute up to $1 million per year for five years through the FNIH for a total private sector contribution of $55 million. NIH will contribute $160 million over the five years of the partnership, pending availability of funds.

NCI’s long-term support for basic and translational research in immunotherapy paved the way for the recent dramatic clinical successes in this area.

The four CIMACs and one CIDC will form a network of laboratory centres that will support both adult and pediatric immunotherapy trials. Researchers at the CIMACs will perform a deep tumour and immune profiling. The resulting data will be collected in the CIDC database for exploration of biomarkers of immune response. This network will also provide a foundation for the core laboratory, assay development and database functions required by PACT.

“NCI’s long-term support for basic and translational research in immunotherapy paved the way for the recent dramatic clinical successes in this area,” said Dr Douglas R. Lowy, Acting Director of NCI. “This partnership and the data the partners have committed to making publicly accessible to the broader research community will facilitate our continued progress in helping to find the cancer treatments that benefit the greatest number of patients.”

The National Institutes of Health

The National Institutes of Health

Abecma is the first treatment approved by EC for multiple myeloma