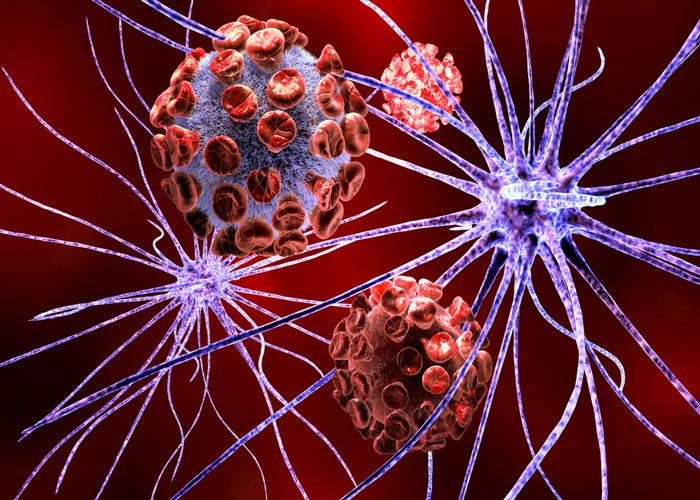 Infants with the most severe form of spinal muscular atrophy (SMA) were more likely to show gains in motor function and were 47 percent more likely to survive without permanent assisted ventilation support when treated with a new medication according to a new study.

The drug, nusinersen, performed so well that the study was stopped early and the treatment was approved shortly thereafter by the U.S. Food and Drug Administration (FDA) for all patients with this progressive neuromuscular disorder.

“This is transformative for children with SMA,” said Dr Richard S. Finkel, the chief of neurology at Nemours Children’s Hospital in Orlando and lead author of the study. “Babies with this debilitating and deadly disease were destined to have a short lifespan and limited motor function. This study shows nusinersen is life-altering for families touched by this genetic disorder.”

Before nusinersen, no targeted drug treatments were available for SMA. This treatment modifies the SMN2 gene with an antisense oligonucleotide (ASO), a tiny fragment of synthetic DNA, injected directly into the spinal fluid. The DNA gets absorbed into nerve cells of the spinal cord to increase production of the protein required for neuromotor development.

The study included 121 infants with SMA Type 1 from 31 centres in 13 countries. Patients were randomly assigned to receive injections of the drug into the spinal fluid, or a control group known as “sham” treatment. Physicians and family members were unaware of which patients received which treatment.

This double-blind, randomised study design is considered the gold standard in medical research, although often difficult to achieve with rare diseases like SMA. Researchers overcame many obstacles to achieve this standard through a global research protocol that allowed broader patient recruitment. In addition, special procedures were developed to ensure researchers evaluating patient progress remained “blinded” and did not learn which patients received medication through a spinal injection.

Over the 13-month study period, 41 percent of the nusinersen-treated infants showed improvement on a scale of motor function, and several infants began developing motor skills such as kicking, head control, rolling over, sitting, and standing, while none of the untreated infants in the control group made progress. The risk of death was 63 percent lower for those treated with nusinersen, and treated patients were less likely to require permanent assisted ventilation. The injections were also generally well-tolerated by patients, with no serious safety concerns following administration of the drug.

In December 2016, after reviewing an analysis of interim data from the study, the FDA quickly approved nusinersen, now available under the brand name Spinraza, for use in patients of all ages and with all types of SMA. This new therapy is the first FDA-approval for use of an ASO in infants and demonstrates the life-saving possibilities of “precision medicine” for patients with devastating chronic, or even fatal, diseases.

Following the conclusion of the study, all participants were enrolled in another trial evaluating the long-term impact of the treatment. The drug is also being tested in other trials. One study is evaluating nusinersen in older children with SMA Type 2, which also demonstrated a benefit in motor function, while another is testing it in pre-symptomatic infants who were found to have SMA through a genetic test at birth.

Dr Finkel and colleagues are also spearheading an effort to have SMA included in the Health Resources and Services Administration’s Recommended Uniform Screening Panel, a newborn screening panel of conditions that warrant immediate identification. If included, infants with SMA could be diagnosed routinely and treated before symptoms appear.

The study has been published in the New England Journal of Medicine.