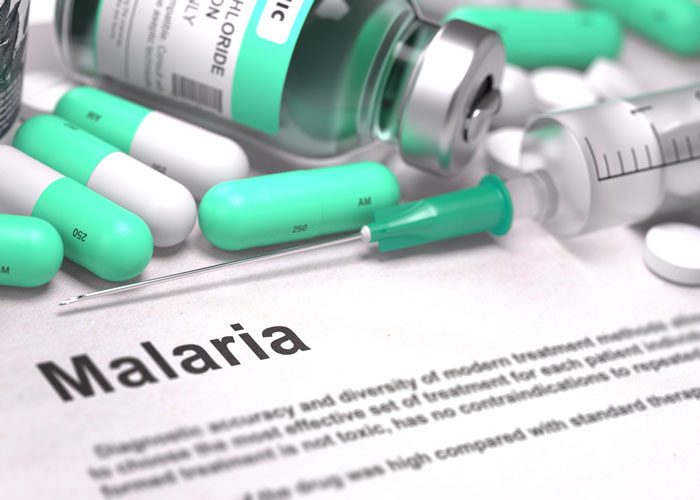 An international research team has conducted successful phase II clinical tests of a new anti-malaria medication, the treatment led to a cure in 83 cases.

In the study, the researchers tested the efficacy, tolerability and safety of a combination of the drugs Fosmidomycin and Piperaquine. The twofold medication was administered for three days to patients aged one to thirty who were infected with malaria via the Plasmodium falciparum pathogen. In the 83 evaluable cases, there was a 100% cure rate. Patients tolerated the treatment well, and it led to a swift reduction of clinical symptoms. Safety issues were limited to changes in electrocardiogram readings, as had been described for Piperaquine.

The study was conducted at the Centre de Recherches Médicales de Lambaréné (CERMEL) in the African country of Gabon; CERMEL has close ties with the University of Tübingen. Financial support came from the nonprofit organisation Medicines for Malaria Venture (MMV).

“This study represents a milestone in the clinical research into Fosmidomycin,” says Professor Peter Kremsner of the Tübingen Institute of Tropical Medicine and the company DMG Deutschen Malaria GmbH.

The substance was originally extracted from Streptomyces lavendulae and today can be produced synthetically. It blocks a metabolic pathway for the production of Isoprenoid in the malaria pathogen. This makes the malaria pathogen unable to metabolize or reproduce. Because Isoprenoids are formed via a different synthesis path in the human body, humans have no target structures for Fosmidomycin. For this reason, humans tolerate the drug well and suffer barely any side effects. In addition, this unique mechanism excludes the possibility of cross-resistance to the drugs used in earlier malaria treatments.

The new combination meets WHO guidelines for combination therapies. The two drugs mechanisms against differing target structures mean that they attack the parasite in the bloodstream independently of one another. This meets WHO requirements for a fast and effective treatment of the acute phase of infection, and for protection against relapse due to the reappearance of the infection. The researchers say the effective mechanism helps to delay the formation of a possible resistance. Further studies are in planning to optimize dose.

The study was recently published in Clinical Infectious Diseases and is freely accessible.