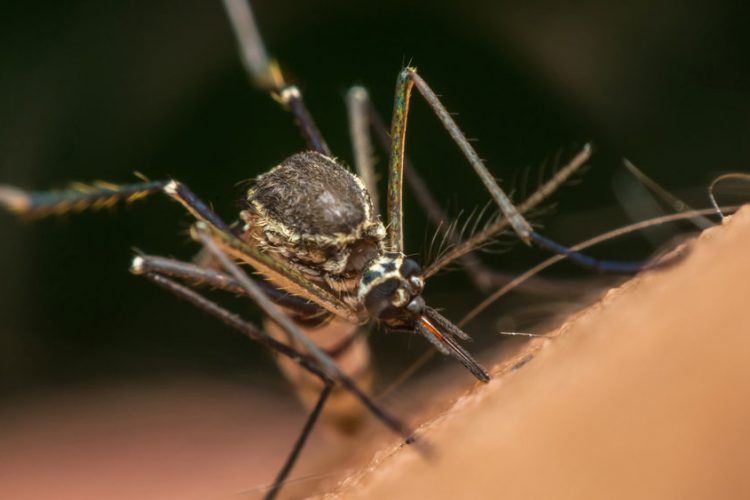 An international team of researchers has shown that two different compounds-one, an older malaria drug, the other a common laboratory dye with known antimalarial properties-can safely and effectively be added to treatment regimens to block transmission of the most common form of malaria in Africa.

This development could help reduce the spread of P. falciparum malaria, including its drug-resistant forms, thus speeding progress toward elimination of the disease.

The study, tested the safety and efficacy of primaquine, which has been used for decades years to treat another form of malaria, called P. vivax, and a laboratory dye called methylene blue, which has been in use for nearly a century to distinguish dead from living cells. When injected into the bloodstream, methylene blue also acts as an anti-malarial agent. Researchers found that each of these compounds when added into different anti-malarial drug treatment regimens, blocked the P. falciparum malaria parasite’s gametocytes from passing from infected humans into mosquitoes that bit them.

“The results are very promising,” said Dr Teun Bousema, Associate Professor of Radboud Institute for Health Sciences, in The Netherlands. “We found that adding either of these drugs to antimalarial medicines already in use ensured that patients were no longer able to pass the disease back on to mosquitoes.”

The researchers conducted a Phase 2 trial to compare the effectiveness of the two compounds in preventing gametocyte transmission against treatment as usual in 80 boys and men in Mali with asymptomatic malaria. They found that adding a single dose of primaquine to sulfadoxine-pyrimethamine and amodiaquine treatment or adding three doses of methylene blue to dihydroartemisinin-piperaquine treatment resulted in the near complete blockage of transmission within 48 hours.

“Patients who were not given these medications were able to infect mosquitoes for at least one week after treatment,” said Dr Alassane Dicko, Professor of Public Health at the Faculty of Pharmacy, Medicine and Dentistry of the University of Science, Techniques and Technologies of Bamako in Mali.

The researchers said the findings could help countries moving towards malaria elimination to rapidly reduce population-level transmission of the disease, but formal trials are needed to confirm the optimal scenarios in which these drugs can be used, and how their use could be integrated with other malaria strategies and tools.

“Although these two drugs have been around for more than half a century, this is the first time that the exciting and impressive effects of each of these drugs on malaria transmission have been so clearly demonstrated in a comparative study,” said Dr Roly Gosling, A Professor of epidemiology and biostatistics at UC San Francisco (UCSF). “Now we can say that the effectiveness of common malaria drugs used for seasonal malaria chemoprevention can be improved, with the potential of removing the threat of malaria to many millions of people across West Africa.”

“The next question is when primaquine versus methylene blue should be adopted for rollout,” said Dr Ingrid Chen an Assistant Professor of epidemiology and biostatistics at UCSF. “From a practical standpoint, primaquine is available as a single dose, while methylene blue requires three doses, and it also gives urine a blue colour, which would require a greater degree of community sensitization prior to use.”

The study has been published in The Lancet Infectious Diseases.