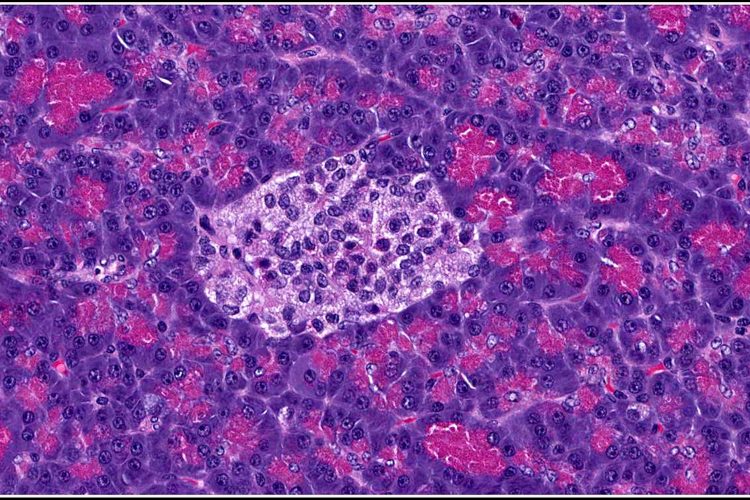 A drug-carrying microsphere within a cell-bearing microcapsule could be the key to transplanting insulin-secreting pig pancreas cells into human patients whose own cells have been destroyed by type I diabetes.

In a in vitro study by University of Illinois engineers, the insulin-secreting cells, called islets, showed increased viability and function after spending 21 days inside tiny capsules containing even tinier capsules bearing a drug that makes the cells more resilient to oxygen deprivation.

Researchers have been exploring ways to transplant pancreatic islets to treat type I diabetes long-term, eliminating the need for continuous glucose monitoring and insulin injections. However, there are a number of challenges to this approach.

“First, you need viable islets that are also functional, so that they secrete insulin when exposed to glucose,” said Illinois electrical and computer engineering Professor Kyekyoon Kim, the leader of the new study. Islets from humans are scarce, he said, but pig tissue is in abundant supply, and pig insulin has been used to treat diabetes since the 1920s.

Once islets are isolated from tissue, the next big challenge is to keep them alive and functioning after transplantation. 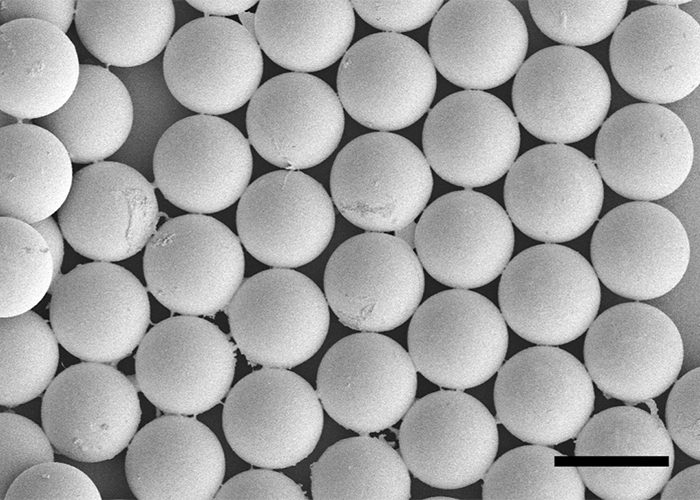 The method that the Illinois engineers developed allows them to make tiny, uniform capsules and control the size, allowing for a capsule-within-a-capsule technique. (Kevin Kim)

To keep the transplanted cells from interacting with the recipient’s immune system, they are packaged in tiny, semipermeable capsules. The capsule size and porosity are important to allow oxygen and nutrients to reach the islets while keeping out immune cells.

“The first few weeks after transplant are very crucial because these islets need oxygen and nutrients, but do not have blood vessels to provide them,” said Hyungsoo Choi, the study’s co-leader and a senior research scientist in electrical and computer engineering at Illinois. “Most critically, lack of oxygen is very toxic. It’s called hypoxia, and that will destroy the islets.”

Prof Kim and Prof Choi have developed methods of making such microcapsules for various engineering applications and realised they could use the same techniques to make microcapsules for biological applications, such as drug delivery and cell transplants. Their method allows them to use materials of high viscosity, to precisely control the size and aspect ratio of the capsules, and to produce uniformly sized microcapsules with high throughput.

“For a typical patient, you’d need about 2 million capsules. Production with any other method we know cannot meet that demand easily. We’ve demonstrated that we can produce 2 million capsules in a matter of 20 minutes or so,” Prof Kim said.

With such control and high production capacity, the researchers were able to make tiny microspheres that are loaded with a drug that improves cell viability and that function in hypoxic conditions. The microspheres were designed to provide an extended release of the drug over 21 days. Researchers packaged pig islets and the microspheres together within microcapsules, and over the next three weeks compared them with encapsulated islets that didn’t have the drug-containing microspheres.

Next, the researchers hope to test their microsphere-within-a-microcapsule technique in small animals before looking toward larger animal or human trials.

The results were published in the journal Drug Delivery and Translational Research.

Application of liquid chromatography in characterisation of lipid nanoparticle-based oligonucleotides