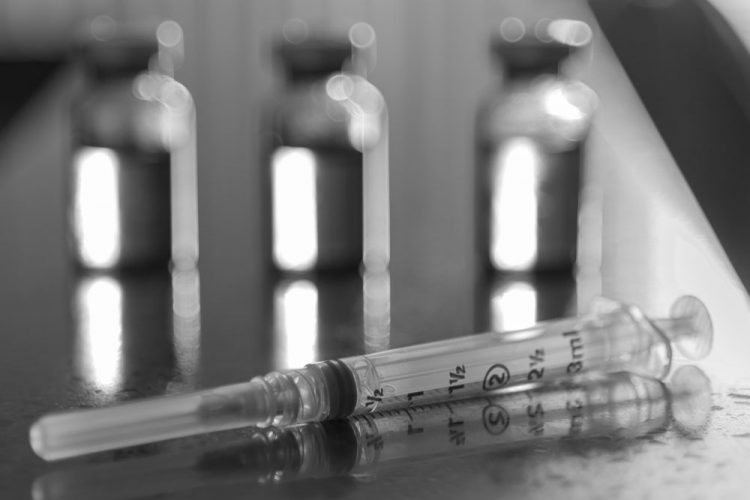 Scientists have achieved a major milestone toward designing a safe and effective vaccine to both treat heroin addiction and block lethal overdose of the drug. Their research shows how a new anti-heroin formulation that is safe in animal models remains stable at room temperature for at least 30 days. As a result, the vaccine is close to being ready for human testing.

“The heroin vaccine is one step closer to clinical evaluation,” says Dr Candy S. Hwang,  first author of the study and a research associate at The Scripps Research Institute (TSRI).

The first formulation of the heroin vaccine was developed in 2013 by a team led by Dr Kim D. Janda, the Ely R. Callaway Jr. Professor of Chemistry and member of the Skaggs Institute for Chemical Biology at TSRI. It has been shown to be effective—and safe—in both mouse and non-human primate models.

The vaccine works by training the immune system antibodies to recognise and bind to heroin molecules, blocking the drug from reaching the brain to cause a “high.” Researchers believe that blocking the high of heroin will help eliminate the motivation for many recovering addicts to relapse into drug use.

The heroin molecule does not naturally prompt an antibody response, so researchers attach it to a carrier protein that alerts the immune system to start making antibodies. Scientists also add an ingredient called an adjuvant to the vaccine, which boosts the immune response and makes the vaccine more effective.

Dr Hwang says, “Our goal was to prepare a vaccine that could be advanced to clinical trials. As such, we were looking for the best combination of ‘hapten’ (the heroin molecule), carrier protein and adjuvant to keep the vaccine both stable for transport and storage but still efficacious.”

For the new study, the researchers investigated how 20 different carrier protein/adjuvant combinations worked, including shelf stability based on temperature and storage time and whether the formulation was a liquid or powder.

Their experiments in rodent models showed that the best vaccine formulation contained a carrier protein called tetanus toxoid (TT) and adjuvants called alum and CpG ODN. The discovery that alum worked best as an adjuvant was especially significant since alum is one of the few adjuvants used in vaccines already approved by the U.S. Food and Drug Administration. The researchers also found that there was no difference in how well it worked between the liquid and powder versions of this formulation.

Dr Hwang notes that the best vaccine formulation showed protection against lethal doses of heroin. This is particularly important as many heroin addicts have succumbed to overdose and death during their attempts to quit the drug.

With this new study, the researchers have shown that the vaccine is safe and effective in animal models, stable under clinical conditions and reliant on an already-approved adjuvant. The next step is to find a producer to make the vaccine on a large scale.

“We believe that a heroin vaccine would be tremendously beneficial for people who have a heroin substance use disorder but have found difficulty in trying to quit,” says Dr Hwang.

The study has been published in the journal Molecular Pharmaceutics.