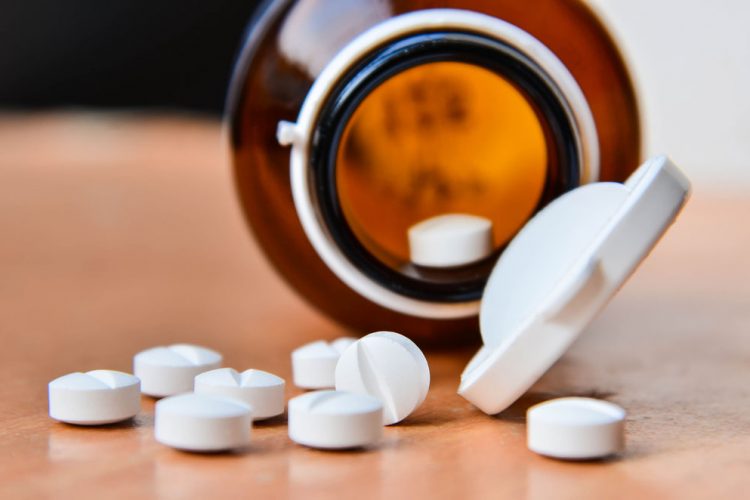 By taking a high-cost drug with a low-fat meal–instead of on an empty stomach, as prescribed–prostate cancer patients could decrease their daily dose, prevent digestive issues and cut costs by 75 percent, according to a new study.

Abiraterone acetate, marketed as Zytiga, is the standard medicine used to treat metastatic castration-resistant prostate cancer. Patients taking Zytiga are told to take four of the 250-milligram pills first thing in the morning. Then, having gone without food overnight, they must wait at least one more hour before eating breakfast.

“This schedule is not only inconvenient for patients, it’s also wasteful, in several ways,” said the study’s lead author,  Dr Russell Szmulewitz, Associate Professor of medicine at the University of Chicago and a prostate cancer specialist.

A one-month supply of the recommended dose of abiraterone costs $8,000 to $11,000 when purchased wholesale. That adds up to a little more than $100,000 each year. Many patients take the drug for two to three years.

So Dr Szmulewitz and colleague Dr Mark Ratain, the Leon O. Jacobson Professor of Medicine and director of the Center for Personalized Therapeutics at the University of Chicago Medicine, designed a randomised clinical trial to see if the drug could be used more efficiently and at less expense.

Abiraterone, approved in 2011 for the treatment of metastatic prostate cancer, has a “food effect” that is greater than any other marketed drug. The amount of abiraterone that gets absorbed and enters the bloodstream can be multiplied four or five times if the drug is swallowed with a low-fat meal (7 percent fat, about 300 calories). That can increase to 10 times with a high-fat meal (57 percent fat, 825 calories).

The study launched in 2012. The team enrolled 72 patients with advanced prostate cancer. Half of those patients agreed to take the recommended dose of 1,000 milligrams: four pills each morning with water on an empty stomach. They had to wait an hour afterwards before they could eat breakfast.

The other half were told to take one-fourth of the standard dose, a single 250-milligram pill, with a low-fat breakfast such as cereal with skim milk. Patients were advised to avoid high-fat items such as bacon or sausage.

Four patients, two from each group, dropped out before the study began.

The researchers found that the lower dose with breakfast kept the disease under control as well as the recommended dose. Abiraterone’s ability to lower levels of prostate-specific antigen, a surrogate marker for prostate cancer, was slightly greater for patients in the low-dose with food group when measured at 12 weeks.

Progression-free survival for patients in both the low- and high-dose groups was identical, about 8.6 months. Despite the small size of the study, the authors were confident that the low-dose arm was comparable to the standard dose. It was also slightly more convenient and much less expensive, cutting costs by as much as $300,000 per patient.

“The patient gets a simplified schedule, slightly more control over his daily life, the convenience of eating whenever he chooses and the opportunity to share the cost-savings with his insurance company,” Dr Szmulewitz said. “Taking this medicine while fasting is wasteful.”

“Although it should be validated with a larger trial with more robust clinical endpoints,” he added, “given the pharmacoeconomic implications, these data warrant consideration by prescribers, payers and patients.”

“If this study were enlarged and repeated successfully, the resulting cost saving would be in the billions of dollars,” according to Dr Allen Lichter, former CEO of the American Society of Clinical Oncology.

Abiraterone, taken with prednisone to prevent side effects, “represents a new standard of care for metastatic disease,” according to a recent review article in the New England Journal of Medicine. The authors were concerned, however, that the “duration and cost of treatment may influence clinical decision making.”

At a per-patient cost of about $10,000 a month, “this is a textbook example of what we now call ‘financial toxicity’,” Dr Ratain said, referring to the economic burden placed on patients by the high cost of care. “At least three-quarters of this expensive drug is wasted,” he added. “It’s excreted and flushed away.”

The study has been published in the Journal of Clinical Oncology (JCO).