Engineers have developed a miniature, ultra-low power injectable biosensor that could be used for continuous, long-term alcohol monitoring… 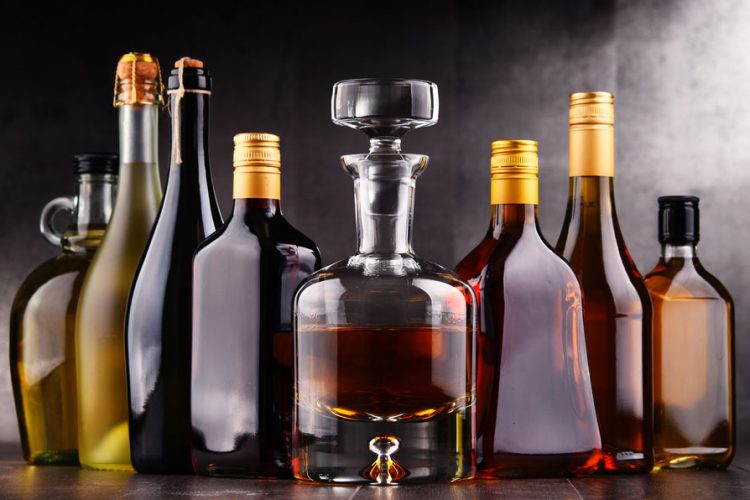 Engineers have developed a miniature, ultra-low power injectable biosensor that could be used for continuous, long-term alcohol monitoring. The chip is small enough to be implanted in the body just beneath the surface of the skin and is powered wirelessly by a wearable device, such as a smartwatch or patch.

“The ultimate goal of this work is to develop a routine, unobtrusive alcohol and drug monitoring device for patients in substance abuse treatment programs,” said Drew Hall, an electrical engineering professor at the UC San Diego Jacobs School of Engineering who led the project. 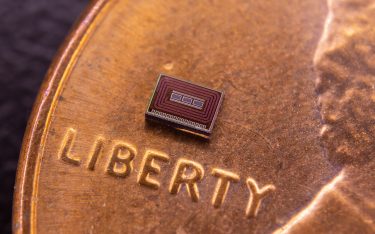 Alcohol monitoring chip is small enough to be implanted just under the surface of the skin. (David Baillot/UC San Diego Jacobs School of Engineering)

One of the challenges for patients in treatment programs is the lack of convenient tools for routine monitoring. Breathalysers, currently the most common way to estimate blood alcohol levels, are clunky devices that require patient initiation and are not that accurate, Dr Hall noted.

A blood test is the most accurate method, but it needs to be performed by a trained technician. Tattoo-based alcohol sensors that can be worn on the skin are a promising new alternative, but they can be easily removed and are only single-use.

“A tiny injectable sensor–that can be administered in a clinic without surgery–could make it easier for patients to follow a prescribed course of monitoring for extended periods of time,” Dr Hall said.

The biosensor chip measures roughly one cubic millimetre in size and can be injected under the skin in interstitial fluid–the fluid that surrounds the body’s cells. It contains a sensor that is coated with alcohol oxidase, an enzyme that selectively interacts with alcohol to generate a byproduct that can be electrochemically detected. The electrical signals are transmitted wirelessly to a nearby wearable device such as a smartwatch, which also wirelessly powers the chip. Two additional sensors on the chip measure background signals and pH levels. These get cancelled out to make the alcohol reading more accurate.

The researchers designed the chip to consume as little power as possible–970 nanowatts total, which is roughly one million times less power than a smartphone consumes when making a phone call. “We don’t want the chip to have a significant impact on the battery life of the wearable device. And since we’re implanting this, we don’t want a lot of heat being locally generated inside the body or a battery that is potentially toxic,” Dr Hall said.

One of the ways the chip operates on such ultra-low power is by transmitting data via a technique called backscattering. This occurs when a nearby device like a smartwatch sends radio frequency signals to the chip, and the chip sends data by modifying and reflecting those signals back to the smartwatch. The researchers also designed ultra-low power sensor readout circuits for the chip and minimised its measurement time to just three seconds, resulting in less power consumption.

The researchers tested the chip in vitro with a setup that mimicked an implanted environment. This involved mixtures of ethanol in diluted human serum underneath layers of pigskin.

For future studies, the researchers are planning to test the chip in live animals. Dr Hall’s group is working with CARI Therapeutics, a startup based in the Qualcomm Institute Innovation Space at UC San Diego, and Dr Carla Marienfeld, an addiction psychiatrist at UC San Diego who specialises in treating individuals with substance abuse disorders, to optimise the chip for next generation rehab monitoring. Dr Hall’s group is developing versions of this chip that can monitor other molecules and drugs in the body.

“This is a proof-of-concept platform technology. We’ve shown that this chip can work for alcohol, but we envision creating others that can detect different substances of abuse and injecting a customised cocktail of them into a patient to provide long-term, personalised medical monitoring,” Dr Hall said.