Use of NSAIDs reduces progression-free survival of patients with mRCC

Posted: 4 May 2018 | European Pharmaceutical Review | No comments yet 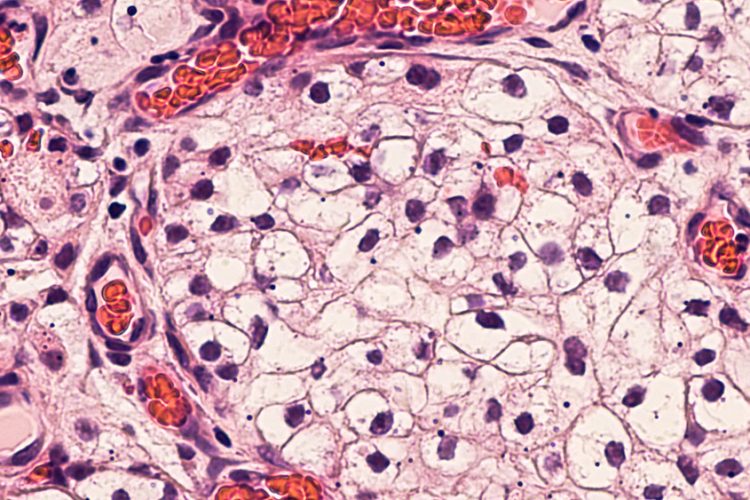 Ibuprofen, aspirin, and other non-steroidal anti-inflammatory medications are among the most commonly utilised medications in the United States. Primarily for treating pain, inflammation, and preventing cardiovascular disease, NSAIDs’ promising anti-cancer properties have been highlighted by a growing body of data in recent years. However, a new study indicated that non-aspirin NSAID use was associated with shorter overall survival in patients with metastatic renal cell carcinoma (mRCC).

According to the lead investigator Dr Rana R. McKay, Assistant Professor of Medicine, University of California San Diego, Moores Cancer Center, La Jolla, CA, USA, “The clinical trials database utilised in our analysis is a powerful tool to investigate clinically relevant questions. In the era of drug repurposing, evaluating the impact of agents that have the potential to demonstrate anti-cancer activity in patients is clinically meaningful. Our study, which is the largest to date investigating the impact of NSAIDs on mRCC, demonstrates that the use of non-ASA (non-aspirin) NSAIDs reduced overall or progression-free survival time for patients with metastatic disease, compared to patients who do not use NSAIDs.”

The association of the use of non-ASA NSAIDs with reduced survival was consistent when looking at untreated or previously treated patients, and also when looking at the type of targeted therapy received, either vascular endothelial growth factor (VEGF) or mammalian target of rapamycin (mTOR) targeted therapy. This may be explained by non-ASA NSAIDs’ kidney-specific toxicity profile and their potency, which can cause increased blood pressure and decreased renal function.

The study also concluded that aspirin did not provide a survival advantage or have an apparent anti-cancer effect for mRCC patients, even though previous epidemiological data demonstrates that aspirin use decreases incidence, metastasis, and mortality risk in several cancers. They point to NSAID nephrotoxicity as a possible cause and posit that the dose required for tumour-growth inhibition may be larger than the dose needed for the analgesic effect or cardiovascular disease prevention.

The anti-tumorigenic mechanism of NSAIDs has been largely attributed to their cyclooxygenase (COX) inhibitory activity, which leads to the suppression of prostaglandin synthesis, and ultimately decreases inflammation, although there are some differences in the inhibitory actions of ASA and non-ASA NSAIDs. In RCC, COX-2 expression is present in the majority of the tumours and correlates with poorer survival and other negative factors.

The investigators advise that “while thought-provoking, these results should be interpreted cautiously as hypothesis-generating rather than definitive and highlight the need for studies investigating the mechanisms of action underlying our observation.” They also recommend: “Prior to starting a new medication in any patient, a discussion needs to take place regarding the potential risks and benefits of that agent. This is especially true for non-aspirin NSAIDs in patients with RCC.”

The study appears in the journal Kidney Cancer.