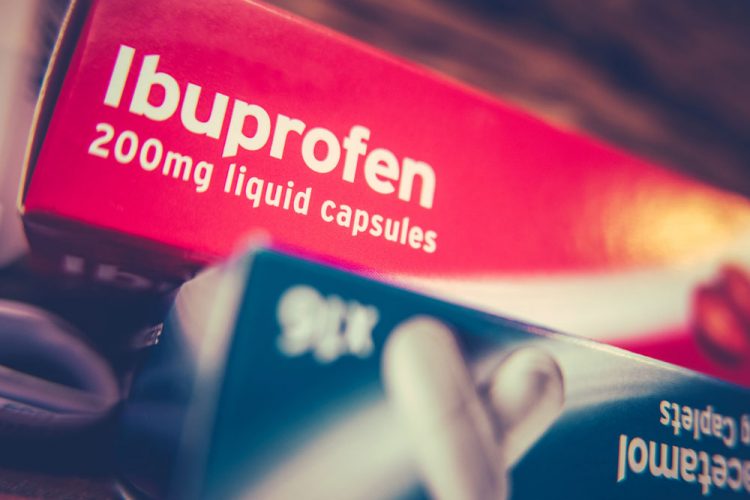 Pregnant women who take the painkiller ibuprofen in the first 24 weeks of their pregnancy may be reducing the store of eggs in the ovaries of their daughters.

Researchers have found the first evidence in human ovarian tissue that exposure to ibuprofen during the crucial first three months of foetal development results in a “dramatic loss” of the germ cells that go into making the follicles from which female eggs develop. The germ cells either died or failed to grow and multiply at the usual rate. 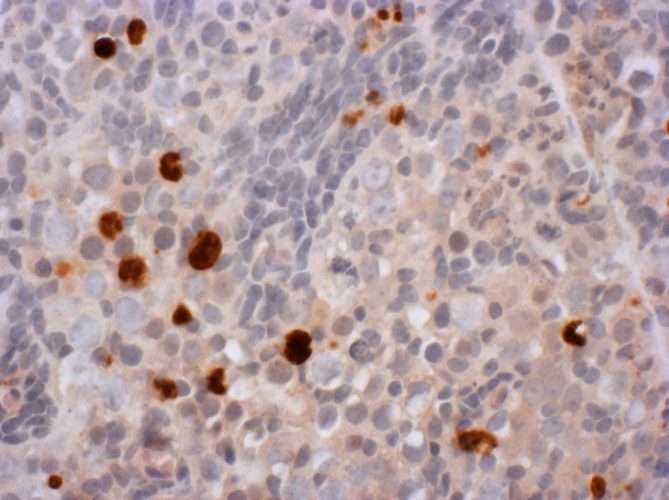 This is ovarian tissue that has been exposed to ibuprofen for seven days. The big brown cells are dying germ cells and the smaller brown cells are also dying (Severine Mazaud-GuiJot, INSERM)

The authors of the study say that their findings raise concerns about the long-term effects of ibuprofen on the future fertility of women exposed to the painkiller when in their mothers’ wombs.

“Baby girls are born with a finite number of follicles in their ovaries and this defines their future reproductive capacity as adults,” explained Dr Séverine Mazaud-Guittot, a researcher at INSERM in Rennes, France, who led the study. “A poorly stocked initial reserve will result in a shortened reproductive lifespan, early menopause or infertility – all events that occur decades later in life.

“The development of the follicles in the foetus has not been completed by the end of the first trimester, so if the ibuprofen treatment is short then we can expect the ovarian reserve to recover to some extent. However, we found that two to seven days of exposure to ibuprofen dramatically reduced the germ cell stockpile in human foetal ovaries during the first trimester of pregnancy and the ovaries did not recover fully from this damage. This suggests that prolonged exposure to ibuprofen during foetal life may lead to long-term effects on women’s fertility and raises concern about ibuprofen consumption by women during the first 24 weeks of pregnancy. These findings deserve to be considered in light of the present recommendations about ibuprofen consumption during pregnancy.”

Around 30% of women are estimated to use ibuprofen in the first three months of pregnancy. Current recommendations are that the painkiller should not be taken after that time as it is known to increase the risks of foetal malformations; however, there is no firm guidance on whether or not it is safe to take in the early weeks.

Dr Mazaud-Guittot and her colleagues obtained human foetuses between 7-12 weeks of development from legally induced terminations of pregnancy and with the mothers’ consent. Then they cultured the ovarian tissue in the laboratory; part of the tissue from each foetus was exposed to ibuprofen and a second part (the control) was not. Samples from 185 foetuses were analysed. In addition, the researchers measured the quantity of ibuprofen in the blood in the umbilical cord in order to analyse how much the foetus would have been exposed to.

“We found there were fewer cells growing and dividing, more cells dying and a dramatic loss of germ cell numbers, regardless of the gestational age of the foetus,” she said. “There were significant effects after seven days of exposure to 10 μM of ibuprofen, and we saw cell death as early as after two days of treatment. Five days after withdrawing ibuprofen, these harmful effects of ibuprofen were not fully reversed.

“This is the first study to look at the effects of ibuprofen on the ovarian tissue of baby girls and the first to show that ibuprofen can cross the placental barrier during the first trimester of pregnancy, exposing the foetus to the drug. The implications of our findings are that, just as with any drug, ibuprofen use should be restricted to the shortest duration and at the lowest dose necessary to achieve pain or fever relief, especially during pregnancy. The wisest advice would be to follow currently accepted recommendations: paracetamol should be preferred to any anti-inflammatory drug up to 24 gestational weeks, and the latter should not be used thereafter. However, practitioners, midwives and obstetricians are best placed to give expert advice: every mother and every pregnancy is unique.”

The researchers say that further work needs to be carried out into the mechanisms of action of ibuprofen on human ovaries, and on alternative painkillers. In addition, the study does have limitations in that the foetal tissue was studied in the laboratory rather than in a living body. “A further limitation is the duration: in this study, we could not address the long-term effect of this drug on the ovary. That’s why further research at the population level is required to determine whether ibuprofen exposure during pregnancy will affect the fertility or the reproductive functioning of the daughters,” concluded Dr Mazaud-Guittot.

Professor Hans Evers, editor-in-chief of Human Reproduction, who was not involved in the research, commented: “The authors are to be commended for investigating the effect of ibuprofen on germ cells and follicles in human ovarian tissue, and these are important findings that require further investigation. However, at this stage, it is not possible to say whether the reduced numbers of follicles in tissue samples from baby girls might translate into reduced fertility 30 years later. At present this is speculation and requires long-term follow-up studies of daughters of women who took ibuprofen while in their first three months of pregnancy.”

The study has been published in Human Reproduction.