Scientists identify cause of resistance to breast and ovarian cancer drug 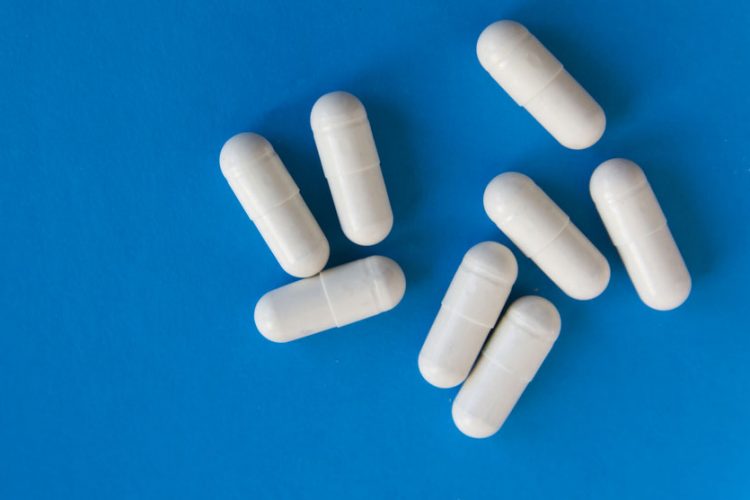 Scientists have identified a mutation that gives cancer cells resistance to the breakthrough cancer treatment olaparib and other PARP inhibitors.

The study findings could help predict which patients will develop resistance to PARP inhibitors and allow doctors to alter treatment at the earliest possible opportunity.

A team at The Institute of Cancer Research, London, used gene editing to identify a specific mutation in the PARP1 protein that prevents PARP inhibitors from working.

Studies like this can tell us how and why drug resistance occurs, and give us new ways of predicting the likely response to new-style targeted drugs

Testing for this mutation could add another level of personalisation to an already targeted treatment – helping guide decisions about whether to use PARP inhibitors in the first place and when to switch to other drugs, such as platinum-based therapies.

PARP1 is crucial for the repair of damaged DNA and is an important target for olaparib and other PARP inhibitors. These drugs are especially effective in patients who already have weaknesses in DNA repair because of inherited errors in the BRCA genes – a discovery that was made at the Breast Cancer Now Toby Robins Research Centre at The Institute of Cancer Research (ICR).

The scientists used new ‘CRIPSR-Cas9’ gene editing technology to generate mutations in small, targeted sections of the PARP1 gene and tagged the mutant protein with a fluorescent protein so their effects could be tracked.

This approach allowed the researchers to observe the effect of specific mutations on PARP1 and on the sensitivity of cancer cells to PARP inhibitors, such as olaparib and talazoparib.

Olaparib is available on the NHS for women with ovarian cancer who have inherited BRCA mutations and is currently being evaluated for breast cancer. It was the first ever cancer drug to be approved that is targeted against an inherited genetic fault.

The study identified specific PARP1 mutations which disrupt the ability of the protein to bind to DNA, which means PARP inhibitors can no longer trap them at the site of DNA damage.

The researchers found that, contrary to their original predictions, cancer cells with certain mutations in the BRCA1 gene could survive this loss of PARP1’s DNA repair function – making them resistant to PARP inhibitors.

It is thought that in these cases the BRCA1 gene retains some function, providing some residual ability to repair DNA despite the loss of PARP1.

The scientists emphasised that further research needs to be carried out to examine more PARP1 mutations in patients as only one example in humans was found in this study.

The team is looking to apply this same gene editing approach to study how resistance arises to other drugs, and if it is possible to predict how quickly this resistance will progress.

“PARP inhibitors are hugely exciting new drugs which are especially effective in women with BRCA mutations – but unfortunately as with many other treatments, it is common for cancer cells to eventually develop resistance.

“Our study has discovered one of the reasons why resistance to PARP inhibitors such as olaparib might occur. Testing for the mutations we have identified could offer even more personalised treatment for women with breast and ovarian cancer, by allowing doctors to judge whether and for how long olaparib should be used.”

“The evolution of cancers into drug-resistant forms is a major challenge we face in getting cancer treatments to work. Studies like this can tell us how and why drug resistance occurs, and give us new ways of predicting the likely response to new-style targeted drugs.

“We hope our research will help doctors use the best drug right from the outset, respond quickly to early signs of resistance, and work out the best ways to combine treatments to overcome drug resistance.”

“This ambitious study using state-of-the-art molecular technologies shows new ways in which tumours become resistant to PARP inhibitors, a family of drugs discovered and developed by Cancer Research UK funded scientists. Importantly, this resistance may influence the success of future treatment options, so increasing our understanding of how resistance occurs means we may be able to design even better therapies and predict how well a patient may respond to future treatment.”

“It is incredibly promising that this study has pinpointed genetic mutations that may lead to resistance to PARP inhibitors, which could help us ensure we maximise the use of this pioneering class of drugs.

“Resistance to breast cancer drugs is a major hurdle that we must overcome if we are to stop women dying from this devastating disease. It is vital that we understand exactly how and when cancer cells begin to adapt to and resist treatment so that we can remain one step ahead of often elusive cancer cells.

“Identifying specific mutations that indicate how likely breast cancer cells are to develop resistance to PARP inhibitors could help guide their use in the clinic. This important finding could in future allow clinicians to determine who would benefit most from these drugs, or to track when they are becoming less effective and when a change of treatment might be appropriate.

“Studies like this, which build on the development of PARP inhibitors as a brand new treatment option for some women with breast cancer, could help take us a step closer to an even more personalised approach to treating the disease.”

The research was funded by Cancer Research UK and Breast Cancer Now and is published in the journal Nature Communications.