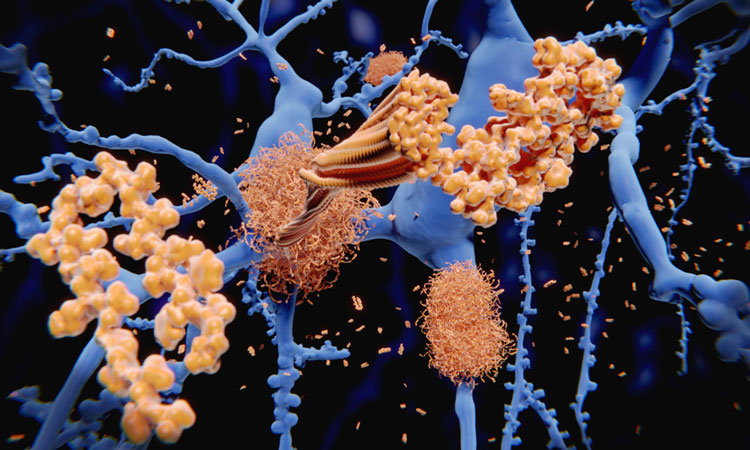 In the diagnosis of Alzheimer’s disease and the search for effective treatments, tau tangles in the brain have joined amyloid build-up as markers of the disease and potential therapy targets. The study reports on the identification of a promising second-generation positron emission tomography (PET) tracer for imaging and measuring tau pathology.

In this first human evaluation of these novel radiotracers, healthy humans and patients with Alzheimer’s disease (AD) were studied using an innovative study design to perform head-to-head comparisons of the three compounds in a pairwise fashion.

Dr Wong stated, “This design allowed us to select one radioligand, 18F-R0-948, as the most promising second-generation tau radiopharmaceutical for larger scale use in human PET tau imaging.”

Over all brain regions and subjects, the trend was for 18F-RO-948 to have the highest standardised uptake value (SUVpeak), followed by 11C-RO-963 and then 11C-RO-643. Regional analysis of SUV ratio and total distribution volume for 11C-RO-643 and 18F-RO-948 clearly discriminated the AD group from the healthy control groups. Compartmental modeling confirmed that 11C-RO-643 had lower brain entry than either 11C-RO-963 or 18F-RO-948 and that 18F-RO-948 showed better contrast between areas of high versus low tau accumulation.

“Importantly, this new tracer appears to have much less off-target binding than was reported for existing tau tracers,” noted Dr Wong. “Especially, it has less binding to the choroid plexus adjacent to the hippocampus, which has confounded interpretation of mesial temporal tau measured by first generation PET Tau tracers.”

He pointed out, “The significance of this research and the companion research reported in Kuwabara et al. in this same issue is that they describe in detail the selection and quantification of a second-generation tau PET imaging as a complement to amyloid imaging, allowing us to accurately measure tau pathology in living people and contributing to our understanding of the pathophysiology of Alzheimer’s and related dementias. Better Tau PET radiopharmaceuticals also provide the promise of improved target engagement and monitoring of anti-tau treatments in future Alzheimer’s clinical trials.”

Dr Wong concluded, “These findings demonstrate the impact of the complementary strengths of preclinical, translational and clinical research with university PET and memory experts, NIH aging experts and dedicated imaging neuroscientists in the pharmaceutical industry to approach one of the greatest global public health challenges – Alzheimer’s disease, where there is still no definitive cure. Improved biomarkers such as PET imaging of tau and, in the future, other dementia-implicated proteins are vital to reducing the enormous costs of drug development (typically $1B-$2B a year per drug) and eventually understanding and treating Alzheimer’s.”

The study was published in the Journal of Nuclear Medicine.