Analogous to nuclear magnetic resonance spectroscopy, EPR measures electron spins, rather than those of atomic nuclei. Its investigative power has always offered unique insight, but it seems that only now is the technique coming into its own. 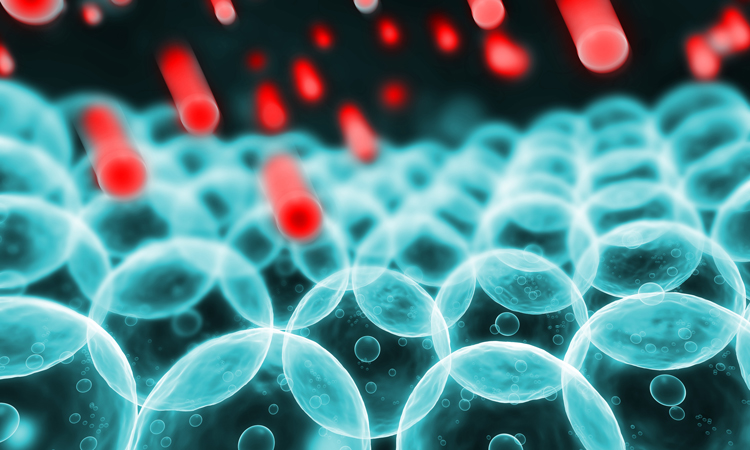 ELECTRON PARAMAGNETIC resonance (EPR), also known as electron spin resonance (ESR), was originally developed as a means of measuring electron spin relaxation times but has become a widely applicable tool with numerous applications within both bioscience and the pharmaceutical industry. It is used to monitor product stability, impurity profiles, degradation, flavour stability and shelf life for quality and process control. Biomedical EPR applications include the detection of free radicals, such as reactive oxygen species (ROS) and reactive nitrogen species (RNS), to observe and evaluate oxidative stress and cell damage. Furthermore, structural insights – ranging from chemical structure to intermolecular interactions – can be obtained from both continuous wave (CW) and pulsed EPR techniques.

The evolution of EPR

Yevgeny Zavoisky first discovered EPR in 1944 in Kazan, Russia. Although EPR signals were likely observed before this time, the results were not thought to be reproducible. Zavoisky’s observations led to the development of the first EPR spectrometers, which initially used MHz frequency ranges.

The majority of early EPR experiments were carried out using CW methods, but the development of pulsed and rapid scan (RS)‑EPR technology has driven the technique into increasingly diverse fields. Although the analytical power of pulsed EPR offers insights that are not available with CW-EPR, its requirement for sophisticated equipment and expertise has historically limited its widespread use in the scientific community. The ability to record CW‑EPR spectra at room temperature for many spin systems, combined with its high sensitivity, means most EPR applications still use CW methods. One advantage of pulsed EPR, however, is that users are able to select for species with long or short relaxation times, facilitating differential measurement of mixtures.

After the discovery of spin echoes in nuclear magnetic resonance (NMR), it took almost a decade for their full potential to be realised in EPR. A significant breakthrough was the development of electron spin echo envelope modulation (ESEEM). This proved to be a powerful adjunct to electron‑nuclear double resonance (ENDOR) – a technique that combines EPR and NMR – in measuring not only large hyperfine couplings, but also much smaller dipolar interactions with nuclear spins in the environment of the unpaired electron.1 The research elucidated the hyperfine interactions that probe the nuclear environment surrounding paramagnetic centres. This was a step change in early EPR development and was later extended to use on radicals in solution.2

EPR development continues in as many directions as funding permits”

Research conducted in the Department of Chemistry and Biochemistry at the University of Denver highlights one of the most recent innovations in EPR. The development of the rapid scan (RS-EPR) technique, which joins CW- and pulsed EPR as a third method for investigating unpaired electrons, provides higher sensitivity for most samples and facilitates the study of faster reaction kinetics.

In RS-EPR, the magnetic field is scanned through resonance in a short time relative to electron spin relaxation times. Deconvolution of the rapid scan signal provides the absorption spectrum, which is equivalent to the first integral of the conventional first-derivative CW spectrum. Quadrature detection of rapid scan spectra allows both absorption and dispersion components of the spin system response to be measured simultaneously. Spectra can also be acquired in both increasing field and decreasing field directions of linear and sinusoidal scans. Combining all these processes in addition to the noise filtering, which is inherent in coherent averaging, leads to significant improvements in the signal-to-noise ratio. RS-EPR affords researchers the ability to detect the full spectrum in each scan and enables the use of higher microwave power without saturation. These advantages are particularly valuable when undertaking low-frequency EPR imaging. Although still in the early stages, there is strong evidence that RS-EPR could replace CW-EPR, which has been the standard for 70 years.4 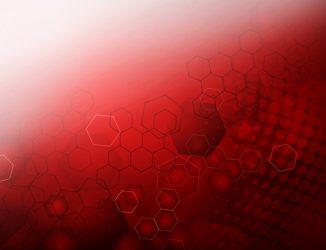 A key focus of RS-EPR is the development of a pre-clinical imager to meet the needs of biomedical researchers and oncologists for measuring the physiology of tumours, including O2 concentration, pH and redox status. RS-EPR is effective for pre-clinical imaging as it has higher sensitivity, improved spatial resolution, shorter acquisitions and allows more measurements in pre-clinical imaging per unit time compared to CW-EPR. This improvement is particularly crucial for in vivo studies to enable image acquisition due to EPR imaging agent excretion by the animal.

For some paramagnetic species, especially transition metals and lanthanides, relaxation time is so short that it is difficult to detect them at room temperature, forcing researchers to reduce temperatures to conduct their studies. Similarly, for the measurement of interactions between radicals, a low temperature is needed to make transverse relaxation times long enough to obtain the desired information. Thus, the development of cryogenic technology is an integral component of EPR development. The high cost of liquid helium, which is needed to obtain these low temperatures, is a deterrent to the use of EPR methods. Previously, one tank of liquid helium would last an average laboratory approximately one week, restricting the number of experiments that could be undertaken. The use of a closed-cycle cryogen-free helium cooling system facilitates one year of EPR experiments at five Kelvin, using one bottle of compressed helium gas. This is an enormous advantage for research studies at universities, enabling students to conduct experiments on many samples without the expenditure for liquid helium each time.

The future of EPR

Since its discovery in the 1940s, EPR has become an increasingly valuable method for detecting free radicals. Benchtop EPR systems have made the technology even more accessible, offering greatly enhanced ease-of-use, reduced cost of ownership and advanced capabilities in a minimal footprint. EPR development continues in as many directions as funding permits, from higher and lower microwave frequencies and magnetic fields, to higher and lower temperatures, and larger and smaller samples.

Although still in the early stages, there is strong evidence that RS-EPR could replace CW-EPR, which has been the standard for 70 years”

As scientists continue to explore with EPR, the method’s possibilities continue to expand across many areas. For example, EPR can be used to image the physiology of tumours, to detect free radicals in materials and to provide insight into structure and function of membrane proteins, and reaction mechanisms of enzymes. The importance of EPR as a detection tool is one that continues to evolve. Recent innovations such as RS-EPR are set to provide the next step in enhanced sensitivity, leading to novel imaging capabilities.

Dr Gareth Eaton started his scientific training at Harvard University in 1962 where he received a BA in Chemistry. He continued his training at MIT, earning a PhD in inorganic chemistry. Gareth is now a professor in the Department of Chemistry and Biochemistry at the University of Denver, specialising in developing tools to measure relaxation and developing applications of EPR based on an understanding of relaxation. The Eaton research group has applied pulsed and CW-EPR techniques to spinlabelled metmyoglobin, spin-labelled carbonic anhydrase and other biomolecules containing two unpaired electrons. They developed EPR imaging and rapid scan EPR.

Dr Sandra Eaton received a BS in chemistry at Wellesley College in 1968. She continued her training at MIT, earning a PhD in inorganic chemistry. Sandra is now a professor in the Department of Chemistry and Biochemistry at the University of Denver, specialising in developing tools to measure relaxation and developing applications of EPR based on an understanding of relaxation. The Eaton research group has applied pulsed and CW-EPR techniques to spin-labelled metmyoglobin, spin-labelled carbonic anhydrase and other biomolecules containing two unpaired electrons. They developed EPR imaging and rapid scan EPR.

Dr Ralph Weber started his scientific training at Brown University in Providence, Rhode Island where he received a BA in Chemistry and German Literature and Language. He continued his training at the University of Chicago, earning a PhD in chemistry focusing on EPR and ENDOR studies of proteins and lanthanide complexes. Having joined Bruker in 1989, he is responsible for much of the documentation for EPR and offers support for pulse, high frequency and imaging applications. He is currently co-principal investigator on a five-year NIH grant with the Eatons at the University of Denver to develop pre-clinical EPR imaging technology and to promote its use in the pharmaceutical industry.

Department of Chemistry and Biochemistry at the University of Denver

Department of Chemistry and Biochemistry at the University of Denver