An international team of researchers has used nanoparticles to deliver a drug – one that previously failed in clinical trials for pain – into specific compartments of nerve cells, dramatically increasing its ability to treat pain in mice and rats. Nikki Withers spoke to Nigel Bunnett to hear more about the study and what it means for the treatment of chronic pain.

BETWEEN 1999 and 2016, the number of fatal opioid overdoses in the US has been predicted to total more than 450,000.1 “Deaths by overdose, particularly opioid overdose, has risen tremendously in recent years and it is one of the leading causes of death in the western world, particularly for young people,” explained Nigel Bunnett, chair of the Department of Basic Science and Craniofacial Biology at New York University (NYU) College of Dentistry.

“The problem with using opioids for treating chronic pain is that they do not work for everyone and with repeated use their effectiveness diminishes over time. They also have the side effects of addiction, as well as respiratory depression and constipation, both of which do not diminish with increasing doses. People therefore may take increasing doses to treat their pain but can end up struggling to breathe.

“Given the ongoing opioid crisis, which has taken hundreds of thousands of lives, we need safer, more effective alternatives,” he stated.

A focus on endosomes 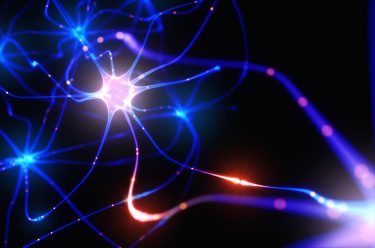 Bunnett and his colleagues have studied a family of proteins called G protein-coupled receptors, which are the target of one third of clinically used drugs. While it was thought that these receptors function at the surface of nerve cells, they discovered that activated receptors move within the cell to a compartment called the endosome. “It was thought that endosomes were simply a conduit for receptors to be recycled to the plasma membrane, all to be degraded in lysosomes,” explained Bunnett. “We have discovered that receptors continue to signal in endosomes for prolonged periods and that their signalling underlies sustained excitation of neurons that play a role in transmitting pain.”

In their recent study, published in Nature Nanotechnology,2 researchers at NYU College of Dentistry, Monash University, Columbia University and the University of Santiago in Chile focused on a G protein-coupled receptor called the neurokinin 1 receptor (NK1R). “We decided to focus on NK1R, which can be considered the ‘poster child’ for failure in drug discovery to treat pain. Many major pharmaceutical companies had programmes to develop neurokinin receptor antagonists for chronic diseases, including pain and depression. However, in human trials, things fell apart,” said Bunnett.

The researchers suspected that these drugs failed to work because they were designed to block receptors at the surface of cells rather than in endosomes. Therefore, the team turned their attention to nanoparticles – microscopic vehicles used for delivering drugs – to transport therapeutic compounds directly to endosomes.

Bunnett and his colleagues encapsulated into nanoparticles a neurokinin receptor blocker called aprepitant – an FDA-approved drug used to prevent nausea and vomiting, that failed clinical trials as a pain medication. The nanoparticles were designed to enter nerves that transmit pain signals and release their aprepitant cargo in endosomes containing the neurokinin receptor. “The key thing about these particles is that they have to be the right size and charge so they are taken up by the endocytosis machinery and then, in an acidic environment of the endosome, fall apart to release the drug,” explained Bunnett.

The researchers found that these nanoparticles delivered aprepitant to endosomes containing activated NK1R, inducing a more complete and sustained pain relief in mice and rats than conventional therapies, including opioids. Moreover, nanoparticle delivery minimised the dose of medication needed to treat the pain, which could be useful in avoiding side effects.

“The process we have developed essentially allows us to administer a particular pharmaceutical specifically to the endosome of the cell,” said Bunnett. “By delivering a previously ineffective pain drug to the right cellular compartment, it became highly effective as a pain treatment.”

Bunnett hopes they can build on this research and use these particles in a number of ways. “Pain is an evolutionary conserved mechanism that is necessary for survival and therefore there is a lot of redundancy. To effectively treat pain, I think we need to encapsulate several different drugs within these particles.”

Finally, he hopes they can engineer these particles to be even more effective than they are at present, providing a potential alternative to opioid treatment. 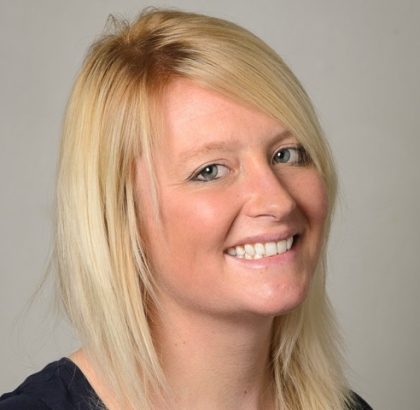