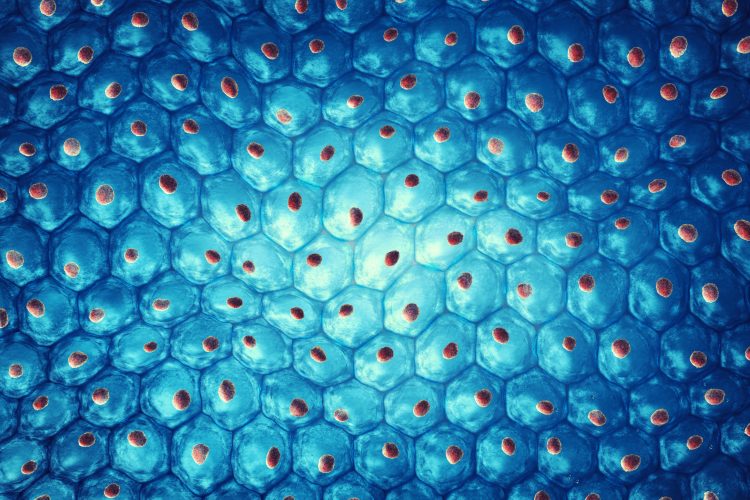 Mesenchymal stem cells (MSCs) are emerging as an important biological therapy and are being evaluated in a range of clinical indications. Found in tissues such as the bone marrow and the umbilical cord, these multipotent stem cells can produce and repair a variety of tissue cell types, including cartilage and bone.

“While they were originally considered for regenerative medicine due to their ability to differentiate into the various types of mesenchymal tissue, we now understand that MSCs have an interesting ability to modulate the endogenous tissue through cell signalling and other pathways, rather than just contributing new biomass,” explained Dr Jaime Shamonki, the Chief Medical Officer of Generate Life Sciences. “For these reasons MSCs are currently being tested as a therapeutic for a variety of immune-mediated diseases, a category that is constantly expanding as we learn that many more diseases have an immune dysregulation or chronic inflammatory component than we appreciated in the past. Aside from the obvious applications in autoimmunity, MSCs are also being explored as therapeutics for graft versus host disease, cancer and some neurodegenerative conditions, like multiple sclerosis and Alzheimer’s.”

More recently MSC therapies have been leveraged against COVID-19 because it is thought that the severest symptoms, such as Acute Respiratory Distress Syndrome (ARDS) and organ failure, are driven by immune dysregulation, resulting in cytokine storms.

Dr Shamonki said: “We have multiple lines of evidence that pre-date COVID-19 that show that MSCs are capable of reducing immune-mediated lung injuries by modulating inflammation and stimulating repair. Unlike the broad anti-inflammatory approach using pharmaceuticals such as corticosteroids, we know that MSCs interact with tissues in a more precise and co-ordinated manner. Effectively, they can re-balance the immune response by upregulating anti-inflammatory cytokines and down-regulating pro-inflammatory cytokines.

“Based on all the pre-clinical and clinical trial evidence, a research group in China had the idea of using MSCs in COVID-19 patients back in March. Many other similar studies have followed and now there are some early reports from clinical trials suggesting that treating patients with severe COVID-19 respiratory symptoms in this way results in some improvement. Mesoblast for example, reported a survival rate of 75 percent for patients on a ventilator treated with their MSC therapy, remestemcel-L, versus their control group (no MSC therapy) with around 15 percent.” 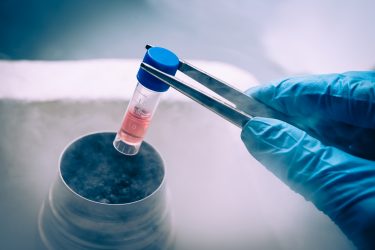 MSCs can be directly collected from the bone marrow of patients; however, this requires a painful procedure with the potential for complications and only produces a limited number of MSCs, many of which may not be able to self-replicate. As MSC precursors only account for about 0.001 to 0.01 percent of the overall cell population, each bone marrow sample only provides 60 to 600 cells per millilitre. As a result, a large amount of bone marrow samples and extensive ex vivo culturing is required to produce sufficient cell numbers for clinical applications in humans. All these factors make bone marrow-derived MSCs (BM-MSCs) somewhat impractical for the large-scale manufacture of MSCs for therapies.1

A number of other human tissues have been identified as alternative sources of MSCs, including adipose tissue, perinatal tissue, dental tissue and endometrial blood.1 Some suggest that adipose tissue-derived MSCs (AT-MSCs) may be a highly promising alternative to BM-MSCs, due to their relative ease of collection (using less invasive methods, such as liposuction), better yield (containing roughly 500 times more MSC precursors than bone marrow) and proliferation capacity, resulting in shorter expansion times.1 However, Dr Shamonki also suggests that newborn stem cells (those from the perinatal tissue) could also be a great source of MSCs with several advantages over other sources.

Umbilical cord tissue contains MSCs and umbilical cord blood contains both haematopoietic stem cells (those able to produce blood cells) and MSCs. Both the cord blood and tissue can be collected through simple processes during birth, stored and later expanded to make lines of induced pluripotent stem cells (iPSCs) or substantial quantities of MSCs for use in therapies.

Dr Shamonki said that despite umbilical cord blood banking beginning in 1977, both blood and cord banking is still not widely practised: “In the US we have roughly 3.5 million births a year, but only five percent of the population banks the newborn stem cells. Umbilical cord blood and tissues are a valuable biological resource that is easy to collect, could have vital uses for either personalised therapeutics directly for the donor later in life or applications more widely in industry and yet is not being tapped.”

One of the major advantages of newborn stem cells, according to Dr Shamonki, is the ease with which they can be collected and preserved: “Collecting the blood and tissues is the easiest thing in the world. For the blood, we canulate the umbilical vein and drain the blood into an anticoagulant formula in a bag. Collecting the cord tissue is even more simple; we cut a piece of the umbilical cord which can then be further segmented and cleaned up before it is cryogenically frozen in composite segments”. 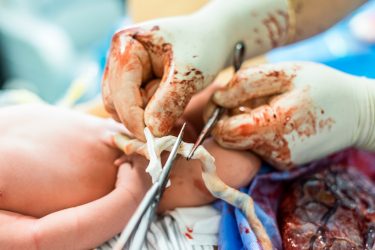 Dr Shamonki said that quickly freezing the newborn stem cells after collection allows for the growth of relatively homogeneous populations of MSCs when the tissue is explanted (defrosted and punch biopsies placed on a plate to grow into cultures). Once these cultures have been established, the team performs screening for maternal infections and metabolic assays to ascertain which samples are likely to demonstrate healthy growth dynamics, selecting only the best cells to be sent for expansion by industry. She added that “the MSCs produced from umbilical tissue meet all the industry standard characteristics and clinical characteristics of MSCs” and that they have an incredible expansion capacity, often above and beyond that of adult-derived BM-MSCs.

Dr Shamonki also revealed that newborn stem cells have donor advantages: “Variability from one lot to the next is the bane of manufacturing, particularly when working with live cells. Umbilical cord blood- and tissue-derived stem cells are less variable simply because newborn babies have not been exposed to many stressors, like mutagens or pathogens. As a result, when these cells are expanded into cell lines, the tissues are generally more homogeneous. The older a donor is, the more variability there is in the cells that they donate. This increases the potential that they have undesirable characteristics, so collecting younger cells with a lower lifetime exposure is advantageous.”

Generate recently began a collaboration with NantKwest, a company focused on the development of cancer immunotherapies. NantKwest has adapted its process for producing natural killer (NK) cells targeting specific cancers to develop a stem cell therapeutic for COVID-19 using BM-MSCs. Dr Shamonki explained that the two companies decided to expand the scope of that initiative by utilising umbilical cord MSCs as source material for the biologic therapy.

For this collaboration, Generate provides an intermediate product derived from umbilical cord MSCs that can be frozen and stored for cell expansion on demand. Dr Shamonki commented: “This is the first time that previously cryopreserved composite umbilical cord tissue has been successfully explanted and used to generate a product which is ready for expansion on demand and demonstrate that, not only does it perform really well in that expansion environment, but it also meets all of the criteria for MSCs. It was a really important proof-of-concept.”

“I believe we are in a really interesting place with MSCs. With an increasing number of trials focused on these therapies, we have gone from saying that MSCs may be used to regenerate certain tissues in the laboratory to instead saying that regenerative medicine comprises an expanding category of personalised therapeutics that include immuno-, cell and gene therapies. MSCs are among these, defining the future of precision and personalised medicine. In 10 years’ time, we could have a range of allogeneic off-the-shelf or directed therapies specifically tailored for an individual that we would never have dreamed of a decade ago.” 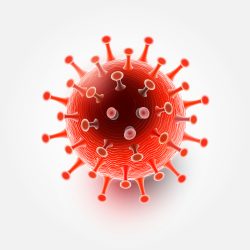 Dr Shamonki said that one of the interesting things about expanding the use of MSCs, especially into diseases such as COVID-19 which have a diverse range of symptoms and associated pathologies, is that we are constantly learning more about the mechanisms that underpin immune dysregulation, and that these discoveries go on to inspire additional studies and indications: “Despite what we are taught – those straightforward diagrams of immune or hormone regulation where point A goes to point B goes to point C – we never truly understand what is going on at a sub-cellular level. Using MSCs against heterogeneous diseases is both important for patients and exciting for researchers, because we can get a better understanding of what is really going on in that sub-cellular inflammatory environment in individual cases.”

So, could newborn stem cells revolutionise MSC therapies? Their advantages – including abundance, ease of collection, expansion capacity and the relative homogeneity of products they can produce – certainly make them a more attractive option than BM-MSCs for the large-scale production of cells for therapies, according to Dr Shamonki.

As for the potential uses of MSCs in clinic, it seems this is only growing, as both the number of conditions thought to have an underlying immune dysregulation component increases and their use further advances our knowledge of immune dysregulation and the ways MSCs can combat it.

Dr Jaime Shamonki is the Chief Medical Officer at Generate Life Sciences. She trained in Anatomic and Clinical Pathology at New York Presbyterian Hospital – Weill Cornell Medical College and has completed fellowships at Weill Cornell as well as the University of California, Los Angeles.
Prior to joining Generate, Dr Shamonki developed expertise in women’s health and clinical laboratory medicine, serving as the Director of Breast Pathology and Blood Bank Medical Director at Saint John’s Health Center in Santa Monica, US, and as an Assistant Professor at the John Wayne Cancer Institute.​