The rise of biosimilars – navigating regulatory complexity in Europe

Gabriela Marton sets out some of the EU-associated regulatory challenges life sciences companies will need to navigate if they want to take advantage of the rise of biosimilars. 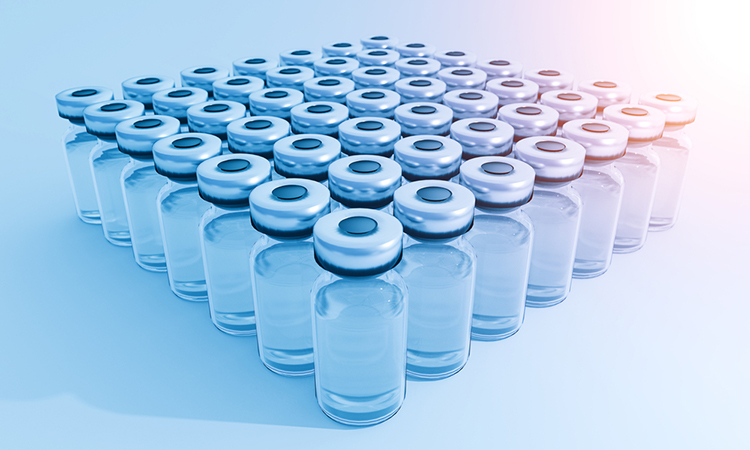 Biological medicines represent a major advance in the treatment of serious pathological conditions such as cancer, neurodegenerative and autoimmune diseases. Biosimilars, their cost-effective alternatives, enable improved patient access to modern therapies. As these therapeutics become trusted and more widely used by clinicians, we can expect a larger number of biosimilars coming onto the market as the patents and market exclusivity linked to innovator products expire. By 2019, more than 14 innovative biological products lost their Orphan Drug Designation (ODD) market exclusivity and by 2029 this will increase by a further 34 products. By 2023, patents will expire for most formulations, creating a fruitful period to develop important biosimilars.

While biological drugs are the originators of new treatments, such products are costly to develop and procure. A newly-developed molecule can take 10 to 15 years in the development phase and incur over one billion euros or dollars in R&D costs. Once that formula’s patent and market exclusivity expires, competing manufacturers can bring a biosimilar to market at a fraction of the price, enabling cheaper options for governments and potentially providing patients much wider and more affordable access to treatments. These products might take 30 to 50 percent less time to develop and cost up to 70 percent less than their biologic originals – savings that can be passed on to healthcare providers and patients. To date, biosimilars are thought to have saved the EU up to $44 billion in healthcare costs.1

As biologics are important in the treatment of oncological, rheumatological, endocrinological and other rare diseases, increasing numbers of manufacturers are moving from small-molecule developments to the more complex process of developing larger molecules. 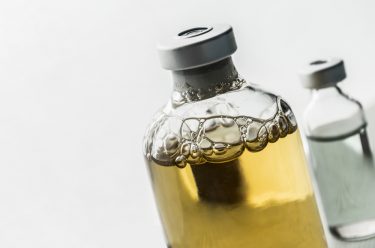 As biosimilars are not biologically identical to their reference products, when companies are undergoing regulatory assessments they can re-use information developed by the original innovator company. This can expedite the development of the biosimilar; an enhanced comparative quality study is recommended, rather than extensive clinical and non-clinical studies to support product registration.

For ODDs, biosimilars offer speed to market with cost-effective medicines, providing patients affordable access to the treatments they need. This is not only due to the lower cost of development of biosimilars versus biological innovator originals, but also increased market competition and the emerging regional or country policies designed to attract more biosimilar treatment alternatives. Most biosimilar products are introduced into markets through tenders. We have seen 85 percent discounts achieved in Norway and 45 percent in France, following local negotiations. The increased competition also forces originator biologic manufacturers and sellers to bring their own pricing down on their innovative products, further adding to the affordability of important treatments.

Our assessments of the available market information reveal that in 2019, an average ratio of 3.5 market concentration for biosimilars per originator was achieved in Europe. The price reduction of the originator after the introduction of biosimilars reached more than 60 percent in Portugal for erythropoietin (EPO), a hormone produced by the kidneys to stimulate production and maintenance of crucial red blood cells. The price per treatment per day came down by an average of 30 percent.

Interest in biosimilars is growing, as understanding grows around this alternative route to medicines access and trust builds. Initially, there was apprehension about the safety of any interchangeability in the treatment between biosimilar and originator and vice-versa, or between two biosimilars. This was likely because biosimilars are not exact equivalents of reference drugs, they may not come in the same pharmaceutical dosage as the originator and that testing can reveal insignificant clinical differences. Yet, as multiple studies have been performed to demonstrate the low risks of interchangeability and as authorities’ interest in supporting such studies has increased to be able to indicate where impeachability is recommended, these concerns have decreased in intensity.

Agreement among the various authorities about how to handle biosimilars will also help. Today, more than 70 biosimilars are registered in the EU and others are under evaluation. This is due to efforts by the European Medicines Agency (EMA) to continuously improve guidelines and provide the appropriate support to bring these products to market. Similar efforts have been seen across each national drug authority around Europe and the Heads of Medicines Agencies (CMDh), to provide access to biosimilars.

There is a way to go, however. Currently, there is no harmonised approach towards interchangeability in Europe. Rather, each member state’s national medicine authority can make decisions on a case-by-case basis.

The emergence of best-practice policies

More encouragingly, most European countries have now succeeded in achieving widespread acceptance of biosimilars by all parties: payers, providers and patients. It is important that all parties understand the benefits of having such medicines available on the market.

In the Nordic countries, biosimilars are being introduced very rapidly, which has led to the impressive price competition mentioned above and wide-scale patient access to important treatments. 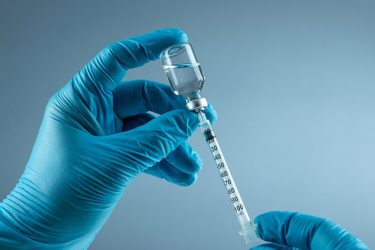 Other governments have introduced initiatives to increase biosimilar strength in the market. In France, where patient associations have an influence in policy creation, there is a plan to achieve 80 percent penetration during the current year. In France, Belgium, Germany and Sweden, government policy has seen incentives introduced for manufacturers, hospitals and patients.

Further examples of the diverse policies across Europe include Germany’s programme, which offers full reimbursement from day one, at a set price, ensuring immediate access to biosimilars. Here, local clinical guidelines are being developed to encourage biosimilar use as the first choice, as appropriate.

Meanwhile Sweden is organising multiple tenders per region to encourage multiple manufacturers to operate in the market, driving competition and maximising patient access to affordable treatments.

The picture that is building is a potentially complex one; with so many factors differing from one market to the next, there are a lot of pieces to fit together once biosimilarity is demonstrated and products are authorised.

Companies may need some help navigating the differences, as the balance achieved by good policies can be easily destabilised by measures ranging from exclusive tenders (which can negatively impact biosimilar sustainability and lead to supply shortages), to fixed reimbursements pricing (which can destabilise competitive markets and discourage manufacturers’ participation). There are also many countries that do not yet have a policy for incentives or have not yet fully implemented more recent policies.

Other challenges are linked to education. Education around biosimilars is sorely needed, not only for healthcare professionals but also for patients, decision-makers and perhaps also the media – not just about the differences and relative benefits between biologics and biosimilars, but also how such products come into use and how they are administered.

This education is vital for building trust and supporting interchangeability in treatment, where applicable. Without this confidence in substituting original treatments with new biosimilars, healthcare professionals will continue to recommend the reference product, which will stifle competition and lead to price increases over time, a phenomenon also seen in generics.

As more biological products lose their exclusivity, there is likely to be a race to bring biosimilars to market and companies that hold back could lose significant ground. 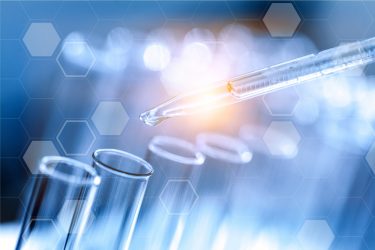 Competition will also be stimulated by emerging biopharma companies engaging in dynamic partnerships, a phenomenon that is already in evidence. In January 2020, Mundipharma announced a partnership with Samsung Bioepis to commercialise the latter’s first-wave biosimilar candidates in Taiwan and Hong Kong. The partnership applies to Samsung Bioepis’ biosimilar candidates in the field of immunology and oncology and includes SB5 (adalimumab), SB4 (etanercept), SB3 (trastuzumab) and SB8 (bevacizumab) and this is only one of numerous examples.

For medicine manufacturers, the ability to develop and roll out the right products at the right price and in sufficient volumes is paramount to keep pace with market demand and fulfil patients’ needs. Europe is a great place to get this right, as the EU authorities have the most advanced understanding and emerging policies. The US Food and Drug Administration (FDA) is catching up quickly too, presenting a huge expansion opportunity. The US market also has interest in creating cohesive guidelines and legislation around biosimilars interchangeability, something that is still lacking at the EMA. Japan is also taking a proactive interest in the field. The hope is that respective national and regional regulators will increasingly share best practice rather than reinvent the wheel for their own market.

For their part, national governments will need to invest in a proper infrastructure to support the biosimilar opportunity, with attractive policies and incentives for biosimilars manufacturers to invest in development and commercialisation of these products, to ensure competitive and sustainable supply and affordable pricing. This all needs to be supported by an education drive, so that all of the parties involved understand the important role played by biosimilars and the broader potential for transforming global patient access to the latest treatments. 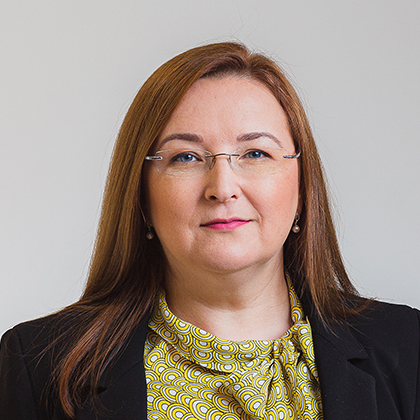