The American Heart Association (AHA)’s Scientific Sessions 2022 is a global exchange of the latest advancements in research and clinical practice of cardiovascular science. The recent meeting, which took place from 5-7 November, saw updates on clinical trials for treatment of acute heart failure (AHF), hypertension and other cardiac conditions.

AHF is a major contributor to morbidity and mortality for heart failure patients. Patients admitted for acute heart failure are at high risk of readmission and death, especially in the first months after discharge.1

Hypertension or high blood pressure affects an estimated 1.28 billion adults globally, according to the World Health Organization (WHO). It is a serious medical condition that increases the risks of heart, brain, kidney and other diseases.2

Researchers, presented at the American Heart Association conference. They found the therapy precisely knocks out the TTR gene in the liver of people with ATTR. The trial evaluated the safety, tolerability and efficacy of NTLA-2001 in 12 participants. Levels of TTR protein concentration in the blood were measured at the start of the study and also periodically: two, four and six months after participants were given NTLA-2001.

Only one serious adverse event (SAE) occurred during the trial; it was resolved. The majority of adverse events (AEs) such as infusion-related reactions, were mild.

TTR is a protein produced by the liver. It transports retinol (vitamin A) and thyroxine, a thyroid hormone. ATTR is caused by accumulation of fibrils comprised of misfolded TTR protein in organs such as the heart. The fibrils prevent ordinary organ function and can lead to progressive organ failure. 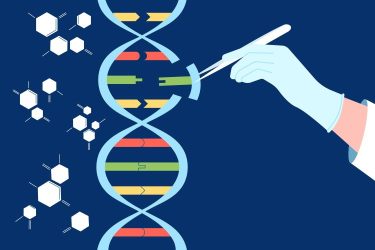 “This is the first-ever human trial of gene editing in vivo and our study proves that gene editing in the human body is possible and also safe in the short term,” Gillmore stated. “These results indicate that IV NTLA-2001 is a potential new treatment option… However, further research is needed to establish [its] long-term safety.”

Results from Roche’s STRONG-HF study for AHF showed implementing its Elecsys® NT-proBNP biomarker in addition to rapid up-titration and close follow-up after admission, could largely lower all cause deaths or heart failure readmissions, evaluated after six months compared to standard care.

The study enrolled 1,078 people and assessed the safety and efficacy of early and rapid up-titration of optimisation of heart failure therapies. It was terminated early due to superior efficacy, as it was considered unethical to continue with usual care.

The open-label randomised, prospective clinical trial outlined that guideline-recommended therapies for heart failure can be safely up-titrated at the end of admission and after discharge, under strict follow-up and assessment of Elecsys NT-proBNP biomarkers to assess symptoms of congestive heart failure, renal function and potassium.

During the trial, patients not treated with full doses of guideline-directed medical therapies (GDMT) were randomised just prior to discharge 1:1 to either usual care (UC) or high intensity care (HIC) in which therapies were up-titrated to 100 percent of recommended doses within two weeks. This included four outpatient visits over two months involving close monitoring of clinical signs and laboratory parameters, including NT-proBNP.

The study showed an absolute risk reduction (ARR) of 8.1 percent and a relative risk (RR) reduction of 34 percent in all-cause mortality or heart failure (HF) re-admission six months after enrolment in the HIC arm (ARR 8.1 percent, p=0·0021; number needed to treat (NNT) = 12; RR 0.66; HIC versus Usual Care (UC). The risk of all-cause mortality or hospital readmission was 15.2 percent lower in the HIC arm using NT-proBNP to inform titration of oral HF medications, versus 23.3 percent in the usual care arm without routine NT-proBNP testing and frequent visits.

The number of adverse events (AEs) increased, most notably those related to blood pressure decrease, hyperkalemia, renal impairment and bradycardia. (HIC 41.1 percent, UC 29.5 percent). The increase in AEs did not translate into more serious adverse events or fatal adverse events, especially of cardiovascular AEs or SAEs. Higher frequency of follow-up was identified as a potential cause for more reports of AEs, which may have created a bias towards more AE detection and reporting in the HIC arm.

Thomas Schinecker, CEO of Roche Diagnostics noted that NT-proBNP “… has the potential to bring about a paradigm shift in the management of heart failure patients,” Schinecker added: “It also emphasises how diagnostic solutions like NT-proBNP, embedded in a therapeutic strategy, are an integral part of improving patient care.”

The results were shared at the American Heart Association’s 2022 Scientific Sessions and published in the Lancet.

Baxdrostat is the first of a new class of hypertension drugs that can reduce blood pressure in patients who may be resistant to current treatments, according to Phase II study results.

The patient group who received the highest quantity of Baxdrostat saw a 20-point fall in blood pressure. This group was noted to have an 11-point difference compared to the placebo treatment, which is rare for any single hypertension drug.

In addition to being presented at the American Heart Association conference, the findings were published in the New England Journal of Medicine. The research was led by a researcher from Queen Mary University of London and colleagues at CinCor Pharmaceutical in the US. 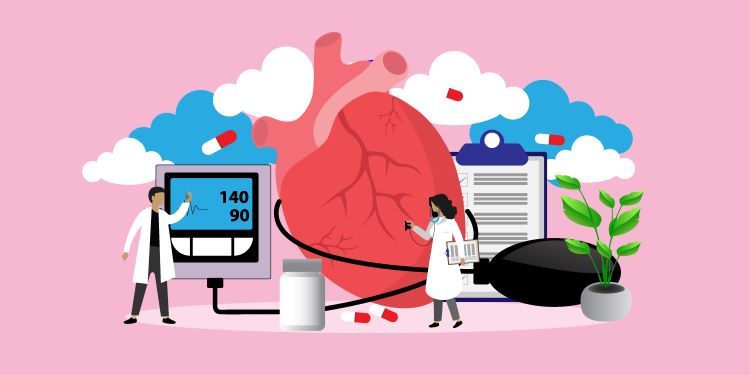 The 12-week trial gave 248 patients Baxdrostat at 0.5mg, 1mg or 2mg doses or a placebo once per day. Patients enrolled in the trial took Baxdrostat in addition to their normal medications for hypertension.

Baxdrostat works by suppressing blood and urine levels of the steroid hormone aldosterone. Aldosterone causes salt to be retained in the body, driving up blood pressure. Resistance to traditional drugs for hypertension is partly due to excessive production of aldosterone.

Professor Morris Brown, co-senior study author and Professor of Endocrine Hypertension at Queen Mary University of London explained: “The effectiveness of older drugs in individual patients can vary substantially, whereas a hallmark of this new class is that it can be predicted to work well in the patients whose aldosterone hormone has made them resistant to older treatments.”

Brown added: “… [however] more testing is required before we can draw comparisons with any existing medications.”