New trends in intelligent robotics in the laboratory

While robotics systems have been useful tools in the laboratory for many years, most notably in the area of liquid handling, many tasks are still only automated to a small extent. At the same time a new wave of robotic devices is reaching the market – from robot lawn mowers to driverless cars, as well as smarter robots in manufacturing. These benefit from the latest advances in mechatronics, sensors and artificial intelligence algorithms. Many of these advances are taking place in Europe thanks to ambitious public funding programmes. This article highlights some of the latest advances in robotics, which have the potential to take laboratory automation, and the science it enables, to the next level. 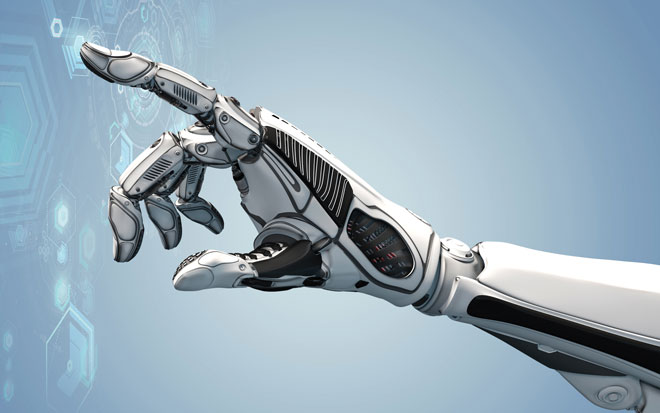 Robotics has been successfully introduced into several specific areas, including high-throughput screening for drug discovery, where throughput requirements, and the economic case for them, can be clearly made. Other successful areas have been in the management of large compound stores and, more recently, genomic analyses, forming isolated islands of automation1 . Up-coming technical advances open the door to much more widespread use. Since the role of the scientific laboratory is to obtain information and insight into the samples presented, analytical instruments lie at its heart. The robotics systems supporting these instruments could therefore be termed ‘analytical robotics’.

The daily news is full of the latest developments in self-driving cars and programmes that can play ‘go’ better than humans, while our smartphones are stuffed with clever applications from speech to recommender systems. But what does this mean for the laboratory and how could these advances be applied to improve the productivity and effectiveness of work in the scientific laboratory? Let us consider two aspects of work in the lab: manipulation of samples and interaction between instruments and users.

The establishment of the Society for Biomolecular Sciences’ standard microtitre plate format – be it 96 well or higher density – has been a major enabler in the lab when handling liquid samples. Two fingered grippers and arms can transport these well-defined items swiftly and reliably. The handling of solid samples has been resistant to full and flexible automation, in part because they can be so variable, but also because less research and development has been carried out on the subject. Industrial robots designed for manufacturing are able to pick metal or plastic parts from bins of similar materials, but samples in the laboratory demand more flexibility. One related breakthrough has been in the manipulation of protein crystals.

Research into more advanced human-like robot hands permit more flexible and agile manipulation of solid samples and containers – traditionally a lack of such agility has been a weakness of many existing systems. Future systems may even be able to handle live animals and this might bring a solution to recently observed issues around the variability of human handlers3.

The next generation of robotics will be more social, interacting safely with users. They will be collaborative robots, or ‘co-bots’. By using technologies from other areas of robotics, they will also be cheaper, so there will be more of them. In addition, they will communicate better with users and with one another.

For a long time laboratory robots have emulated manipulations carried out by technicians, using a human-like (anthropomorphic) arm which is flexible enough to carry out well-established and validated processes. Since this robot arm design has a similar joint layout to a human arm, this makes it easier to carry out tasks such as bottle opening, flask shaking and decanting in a way that closely mimics what a human technician would do. These systems have typically operated in a box which serves to ensure a clean contained environment, as well as prevent the moving arm from colliding with any nearby humans.

Such human-like arm designs are being further developed using sensitive torque control, providing additional flexibility of manipulation. Furthermore, sophisticated force sensing capabilities and light barriers permit the detection of likely collision and thus safely share the same lab bench. This opens up new possibilities in close co-operation between the robot and bench scientists, with such co-bots potentially making the best use of the skills of each: repetitive work by the robot and experiment design by the human. Some example robot systems are shown in Figure 2 (page 00).

Learning on the job

Researchers in robotics have also been developing new models of co-operation between robots and experts. For example, in small scale craft, manufacturing relies strongly on the skill of the human craftsman to make small batch or unique parts. To support this, robotic systems have been designed that can learn from small sets of examples and perform repetitive tasks autonomously. This avoids the need for users to learn how to write code. At the same time the robotic system develops sufficient self-awareness to detect problems, recovers gracefully from errors or problems and guides the user to recover and continue. Such techniques can clearly be applied to laboratory tasks with the same characteristics.

In parallel with the technological development of the robots, the definition of highly specific challenges or competitions – of which the Defense Advanced Research Projects Agency’s grand challenge for self-driving cars is perhaps the most well-known – has had a strong focussing effect on robotics researchers and this has helped to drive the field forwards (see www.euroc-project.eu).

Getting smarter in the lab

With more automation in the laboratory it becomes important to share protocols and data. Such smart lab concepts are under investigation by many suppliers. These tie into developments whereby our smart phones communicate with our domestic appliances at home, and this will enable seamless sharing of information between instruments, robots and users. This in turn will lead to the development of tools to analyse the data, identify trends and exceptions, as well as traceability of adherence to standard operating procedures and safety guidelines (see: www.sila-standard.org/).

As the smart lab starts to collect and share information about all the operations carried out by humans and robots, issues of security, privacy and ethics start to become important; issues that have been somewhat neglected.

More complete automation and robotics also opens up the exciting new possibility of cloud chemistry4. This is where the experiment is carried out remotely in a specialised lab while the data from the experiment is recovered and shared globally. The remote lab can look after the safety and regulatory aspects, including any specific disposal (see www.emeraldcloudlab.com).

Looking further on still, progress is being made on the ‘robot scientist’ concept developed by Ross King and colleagues in the UK5. Here a suite of advanced robotic tools is combined with a powerful learning machine and artificial intelligence technology to build and test hypotheses, based on models informed by mining the scientific literature, and which receive updates to online genomic and other databases.

It should be clear that these up-coming technical advances will open the door to much more widespread use of these robotic technologies. Furthermore, if analytical science is the identification and quantification of samples carried out by analytical instruments, then the supporting robotic tools could be termed ‘analytical robotics’.

The benefits of economics of scale

The laboratory robotics industry is a global one, currently worth some €2-3 billion per annum, with many of the leading companies having an origin – or a strong research and development presence – in Europe1,6. However, it has tended to remain highly focused on the laboratory field, with the consequence that the costs of developing new technologies has been spread over a relatively limited market.

Just as the laboratory will benefit from advances in robotics driven by other markets such as manufacturing and home automation, so can these other markets benefit from the technologies developed for the lab. For example, liquid handling can be useful in precision weeding for agricultural robotics and in surgical robotics. Likewise, well established techniques for control of contamination and traceability can benefit food robotics. These interactions may also open up new markets for existing laboratory automation companies and reduce the price point of many robot systems for end users.

How to get involved

To encourage the exploration of new opportunities for using advanced robotics, the European Commission has funded a number of open access Robotics Innovation Facilities in Bristol, Pisa and Paris. These are open access facilities equipped with the latest technologies and staffed by competent scientists and engineers; and are an easy way to try out new ideas with the latest technology (see www.echord.eu).

Over the past decade the European Commission has been funding the development of advanced robotics technology to the tune of some €700 million, while national governments have been investing in their own programmes. The current H2020 research programme will drive some €3 billion into advanced robotics. Help in writing grants is available from specialist organisations such as PNO.

A working group on laboratory robotics has been established to promote the area within euRobotics /SPARC1, the mechanism which guides European Research funding (see www.eurobotics.org). To find out more, please contact the author.

The author acknowledges the kind assistance of ELRIG, G. Metta at the IIT, P. Zucchelli at Andrews Alliance, R. Walker from the Shadow Robot Company, D. Sargent at Magnebotix, the SMErobotics project consortium, and Ross King at the University of Manchester, United Kingdom.

Dr Patrick Courtney has more than 20 years’ industrial experience in the development of emerging ICT, notably in the areas of sensing, perception and robotics with a special focus on technology transfer. He has worked as Senior Manager for global firms such as PerkinElmer, Sartorius and Cap Gemini, as well as with spinouts, SMEs and clients in sectors such as life science, pharmaceuticals and healthcare, manufacturing and nanotechnology. He has a long involvement in EU and national RTD programmes as participant, leader and reviewer and leads the topic group on laboratory robotics within euRobotics. He holds an MBA with a PhD in Robotic Engineering/Molecular Biology, has over 100 publications and nine patents. Dr. Courtney can be contacted at: [email protected].

Medicine delivery by drone – implications for safety and quality

2 responses to “New trends in intelligent robotics in the laboratory”