Presented here are recommendations for performing an endotoxin masking hold-time study. The US Food and Drug Administration (FDA) and the European Medicines Agency (EMA) have requested hold-time studies to determine the presence of what has been called ‘low endotoxin recovery’ (LER) for submission with biologic licence applications (BLA)… 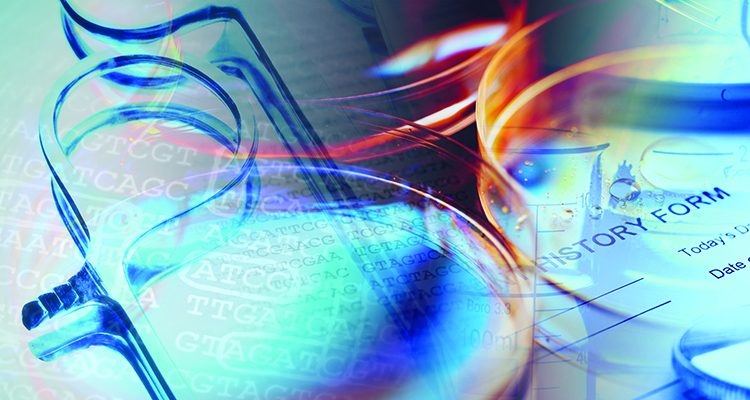 Performance parameters to be discussed include:

The parameters discussed constitute a recommended initial screen, which can be made more specific to match specific process parameters if masking is determined to occur.

Regulators charged with approving BLAs have defined LER-subjected formulations as those containing polysorbate (20 or 80). Typically, formulations also contain a chelator such as a citrate or phosphate buffer and, in some cases, histidine has been implicated. Some companies have included biologic therapeutic protein solutions that do not contain polysorbate in hold time studies because the masking effect, regardless of the mechanism, can obscure the ability to determine endotoxin either as bound to protein or as per the specific LER mechanism. Protein binding has been known for decades, yet the systematic exclusion of its presence in analytical testing seems neglected. From the Petsch et al studies1 performed 20 years ago, in which researchers used model proteins including IgG (the prototypical structure for monoclonal antibodies) and showed that recovery of endotoxin in low concentrations (1mg/ml) of protein in pH neutral solutions (pH7) gave almost complete binding of endotoxin by the protein (<2% recovery by LAL test). After protease treatment, the recovery was around 90%. While protease treatments are difficult and often commercial proteases are contaminated with low levels of endotoxin, the demasking scheme developed by Hyglos has been shown to work for protein-bound endotoxin detection as well as for LER solutions.

The endotoxin type used for spiking has been subject to debate by industry participants, with some maintaining that LER only occurs with purified lipopolysaccharide. However, Hyglos has shown repeatedly that various ‘naturally occurring endotoxins’ (NOE) are masked under LER conditions and is now preparing a definitive answer to the question in further studies. The choice of reference standard endotoxin (RSE) gives the user an advantage in that different LAL types can be explored relatively easily should the need arise. One can also choose control standard endotoxin (CSE) in the desire to stick to a routinely preferred LAL. 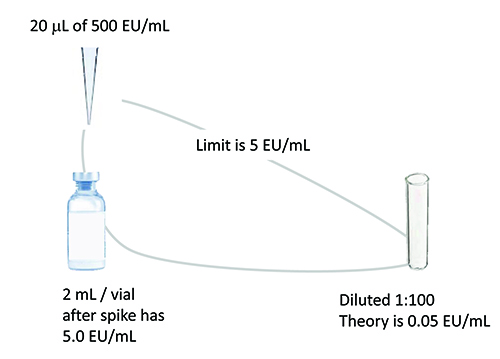 The spike volume should be minimised to avoid changing the concentration of the undiluted drug product. Typically, a 10 microlitre spike of a stock solution 100 times the endotoxin limit concentration per 1ml of product will suffice. The spike concentration chosen should be close to the drug limit concentration and at least 10 times higher than the detection limit after dilution. See Figure 1 for an example product spike. LAL reagent water controls should accompany initial spikes to serve as the baseline for spike recovery. A masking control is recommended to ensure that masking conditions have been met.

Since the initial screen surveys generic conditions, the recommendation to use room temperature masking and an interval out to 14 days is based on regulatory observations. For temperature, a manufacturing process step is rarely exclusively refrigerated. Any process has a beginning time and an ending time (such as product filling), in which the product sits unrefrigerated. Time at room temperature has a profound effect on masking protein solutions. Similarly, in choosing a short masking study (seven days), one may later learn that sometimes the process can be extended. One does not want to repeat such studies due to an initial estimation that later proves to be a borderline assumption.

The test is performed by either the straightforward ‘chronological’ method, which is performed by spiking and testing samples as time points arise, or by the ‘reverse’ spike method which seeks to reduce test variability by ensuring that all samples end up on the same test plate at time zero. An example protocol is included below for such a reverse study.

If using the original container, as has been recommended by regulatory agencies, container effects are automatically accounted for in the masking study. In some cases, it may be difficult to use the original container, including vials or syringes with a lack of headspace or the lack of an adequate opening to allow pipetting of sample in and out. However, if using a secondary container, one should be aware of differences in recovery that can occur due to glass. Some pretesting may be useful to ensure that the study is about the drug product and not the container itself.

Test masking kinetics is an examination of the recovery values over time. A decline after an initial adequate recovery is typical for LER studies, and the rapidity of the decline indicates the masking capability of the solution. One can feel more confident of the effect when the kinetics are occurring within the first couple of days or even the first couple of hours after spike. Figure 2 shows typical kinetic graphs for recovery over time of spike into undiluted product. Note that both the LER-subjected endotoxin as well as the protein-bound endotoxin quickly disappear, but the reduction over time may level off with protein binding, whereas the classical LER mechanism will go to completion.

LER is just what it says: low endotoxin recovery. ‘Low’ is defined as less than 50% for two consecutive time point recoveries over the course of the study. Sample spike recoveries can be compared to either theoretical expectations or recovery of water control spikes. Theoretical recoveries should be used only when water control recoveries are within the acceptable range.

The implications of endotoxin masking are straightforward in that LAL testing of masked samples gives little assurance of detection of endotoxin arising from potential contamination events. Biologics have a life-saving history, but also one marred by sporadic and tragic immunogenicity events.2 The most recent philosophy of contamination control has sought to minimise two critical elements, both of which constitute the two arms of the adjuvant effect:

Even endotoxin considered non-fever-causing is immunogenic, as seen in the use of a detoxified, non-pyrogenic endotoxin as a vaccine adjuvant as well as the other toll-like receptor (TLR) activators as per recent FDA research.4,5,6 Therefore detecting endotoxin in its various molecular forms is important in biologics in a way that it was not in small molecule drugs.

Detection based solely on fever, as a systemic response, is past its prime in providing adequate assurance of safety in this important class of drugs. The prevalence of fever in many biologics may exclusively arise from their mode of action in modulating the immune system, but until a more complete control of toll-like receptor activating microbial impurities is gained (as increased control has only recently been gained for particulates and aggregates), there cannot be complete confidence in this. Two points to consider in this regard:

See Figure 3 for an overview of samples, controls and standards to be analysed. 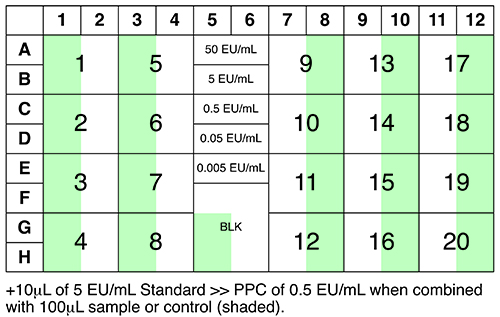 Hold-time studies are an important part of an overall microbiological control strategy for biologic drug manufacture. Importantly, the context for control has changed with the introduction of immunological concerns due to adverse drug events associated with biologic drug administration. For some, business as usual remains the message du jour, however, as seen in the recent application of stricter standards governing aggregates and particulates, one can expect to see a renewed focus on microbial-derived artifacts that include the innate immune response modulating impurity (IIRMI) or adjuvant-based perspective. After all, this perspective can simply be viewed as the ‘contaminant effect’, in that anything existing in a protein therapeutic that is not found in the natural protein in its natural environment (human blood) can be viewed by the immune system as a contaminant via pattern recognition receptors.

This fairly simple idea of control has governed all the efforts to date to reduce immunogenicity (see Figure 4), including: 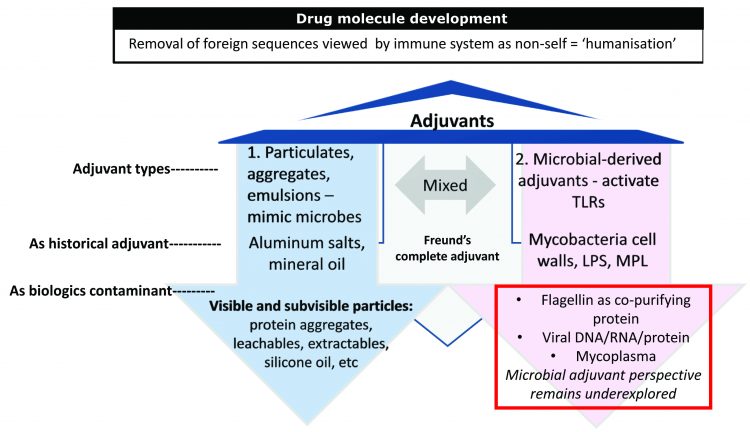 Figure 4: Known causes of immunogenicity. The two arms of the adjuvant effect can be viewed in the historic use of adjuvants in the vaccine world: (1) particulates including aluminum salts and oil in water emulsions as added to vaccine proteins and (2) microbial-derived adjuvants including mycobacterium cell walls (Freund’s complete adjuvant) and LPS (monophosphoryl lipid A) added to vaccine proteins to bolster immune responses (immunogenicity). Immunogenicity is necessary in vaccines but feared in biologics.

There can be little doubt that microbial-derived adjuvants will be increasingly added to this list as testing can be devised.