Nature can offer inspiration for the synthesis of more effective drug delivery platforms. In this article, Marc Baiget Francesch discusses the potential of capsosomes as a novel, biocompatible, drug delivery system. 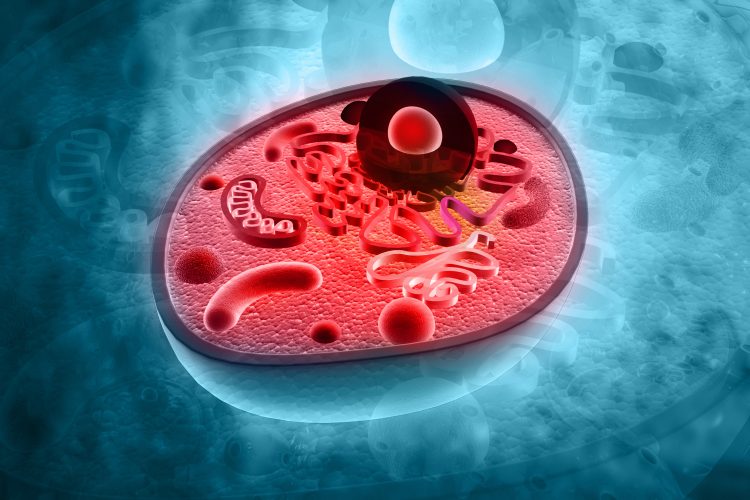 In the case of any disease, having access to the right drug can make all the difference and having the adequate drug is one of the most important steps in disease treatment. However, merely having the drug is worthless if it never reaches the site of action. For this reason, equipping pharmaceuticals with a vehicle to make this possible is important; which is why there is a whole field of research around drug delivery. Designing an appropriate drug carrier is not an easy task. The body environment is, in general, very hostile to any substance that is not natural to the organism – the so-called xenobiotics – or that comes from an unusual route of administration. The digestive tract, for example, is an especially tough environment, with different pH areas and lots of proteases lurking in it. These levels of protection are generally a positive feature and one of the reasons we make it through to old age. However, with our body being such an efficient sentinel, it is hard for many drugs to reach its site of action unscathed.

That’s not to say that overcoming those barriers is entirely difficult; it depends on the case. For drugs that are meant to act quickly and punctually, like anti-inflammatories, it is sufficient to protect the active ingredient, so it reaches its site of action. Once there, it gets degraded and, after approximately six hours, the substance is presumably disintegrated in full: its job is done, and the drug is gone. However, in other cases it is more complicated than that. Lysosomal storage disease, which is characterised by the body’s inability to produce certain enzymes, is one such example. For sufferers, the lack of a

The body environment is, in general, very hostile to any substance that is not natural to the organism

particular enzyme is critical and leads to severe problems, as their body is unable to perform certain essential physiological activities. In many cases, life expectancy is extremely low. For those affected, provision of the missing enzymes solves the problem for a short period, but a single administration isn’t sufficient. As the saying goes, “give a man a fish and you feed him for a day, teach a man to fish and you feed him for a lifetime”. In this case, teaching the man to fish would be the equivalent of providing the patient’s body with the possibility of generating its own enzymes. While this presents an interesting challenge for scientists in the field of gene therapy, there is still a long way to go until a proper solution is achieved.

This begs the question, how do people with enzyme deficiencies deal with their diseases? In the case of phenylketonuria – a disease characterised by the lack of the enzyme that breaks phenylalanine into tyrosine – people normally opt for a phenylalanine-free diet to avoid complications. However, a research study showed that half of these patients struggle to stick to a controlled diet,1 and in any case it is not an optimal solution. For other lysosomal storage diseases like Fabry disease or Niemman-Pick disease type C, patients must resort to enzyme replacement therapies, which imply the periodic inoculation of the missing enzymes.2,3 The lack of a proper biocompatible drug carrier that protects enzymes through to their site of action, impairs the lives of those who suffer from these diseases.

Light at the end of the tunnel

In order to tackle this problem, scientists were inspired by nature. They asked themselves where enzymes are naturally stored in the body and noted that cells possess small sacs called lysosomes to retain their structural integrity, as enzymes don’t cope alone in the cytoplasm. From this observation, scientists decided to try designing artificial lysosomes to carry the missing enzymes into the organism. Liposomes have proven to be good structures to encapsulate enzymes while retaining their activity,4 but to provide a sufficient number of enzymes to replace the activity of the missing ones would require several liposomes. This prompted the idea for capsosomes.

Capsosomes are polymeric carrier capsules that contain liposomes as sub-cargo structures.5 Although there are several types of multi-compartmentalised vesicles, the combination of hydrophilic and hydrophobic systems affords capsosomes the characteristics of both types. While liposomes protect the enzymatic structure from misfolding or denaturation, small substrates can enter and leave the structure through the lipid bilayer allowing the enzyme to perform its activity over its target substrate.4 Meanwhile, the polymeric structure, while also semipermeable, confers structural protection to the liposomes, which are more susceptible to degradation in this environment.

Capsosomes are synthesised using the layer-by-layer technique. This involves the deposition of alternate layers of differently charged polyelectrolytes in order to build each layer around a silica core, to then attach the liposomes.6 The silica core can be removed after the structure is built. Using this technique, capsosomes can range in size from nanometres to a few micrometres. For instance, capsosomes with a diameter of 3µm can contain more than 150,000 liposomes between their polymeric layers.7 Due to their structure, enzymatic substrates can permeate through liposomes at body temperature.8 In this way, capsosomes not only act as enzymatic vehicles, but as micro-reactors inside the body.

Mucosal delivery – is this the next level in drug delivery?…

While its clinical efficacy is yet to be proved, in vitro experiments are showing promising results. In 2015, a group of researchers from the University of Aarhus in Denmark and the National University of Singapore successfully assembled enzyme-loaded capsosomes in order to degrade alanine into trans-cinnamic acid.8 The group, led by Letícia Hosta-Rigau and Brigitte Städler, demonstrated that capsosomes can co-encapsulate different enzymes and allow consecutive reactions to occur inside. Also in 2015, a team from the University of Melbourne in Australia, led by Frank Caruso and James W. Maina, demonstrated the ability of capsosomes to perform protein loading and release in physiological conditions for more than two months, portraying capsosomes as potential candidates for sustained release.9

If future clinical trials show positive results, capsosomes could revolutionise the medical field. The synergy between synthetic chemistry and molecular biology could provide insights into enzyme-replacement therapies, showcasing the importance of drug formulation in such treatments.

One of the main reasons for success is that capsosomes were inspired by natural structures. The creation of multi-compartmentalised structures is an example of cell mimicry – a field dedicated to the design of artificial cell structures and, ultimately, artificial cells. This is a promising scenario that demonstrates how replacement of defective or missing cell structures could be solved with the design of artificial but nature-inspired cellular structures. Coming back to the earlier analogy, for a man who can’t learn to fish, capsosomes at least ensure that fish reaches his belly.

MARC BAIGET FRANCESCH graduated as an MSc in pharmaceutical engineering and design in 2017 from the Technical University of Denmark (DTU). He participated at the SensUs competition twice as a student team coordinator designing biosensors for creatinine and NT-proBNP. He is currently working in Barcelona as a SherpaPharma Product Specialist at Tiselab.