Cannabinoids, their potential therapeutic uses and the research needed for medical cannabis were the topics of discussion at the ‘Medical cannabis: what UK doctors need to know’ event held last week. 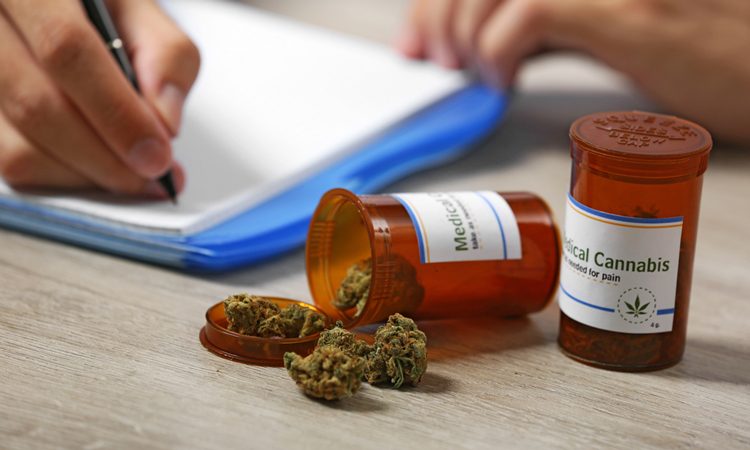 An event at the Royal Society of Medicine in London on 29 October saw doctors and researchers discuss medical cannabis and its potential uses.

The meeting, which was hosted by Sapphire Medical Clinics, the first clinic offering medicinal cannabis in the UK to be registered with the Care Quality Commission (CQC), offered clinicians a chance to expand their knowledge about cannabinoids and their therapeutic value.

Dr Zeid Mohamedali, Chief Medical Officer at Zenabis Global, explained that cannabinoids are effective therapeutics due to their ability to exploit systems already present in the body.

However, according to Mohamedali, significant research into medical cannabis is still needed to determine how it is best delivered to the patient. Whether it is inhaled or administered orally can impact the effectiveness of cannabinoid absorption.

…medical cannabis should be administered using a personalised medicine approach”

He also emphasised that research into medical cannabis has previously included too many variables. “If you grow the plant in different conditions, you will have a different cannabinoid content, even though they may be the same strain,” Mohamedali said, adding that more clinical trials into its different effects are therefore required.

Despite this, Mohamedali believes that cannabinoids and medical cannabis have great potential: “As we move forward and understand cannabinoid-based medicines better, there will be a real push to isolate different components of the plant, like CBD and CBV.” However, he noted that cannabinoids work synergistically to produce a therapeutic effect, which must be kept in mind when the individual components of the plant are extracted for their value.

Overall, Mohamedali believes that medical cannabis should be prescribed and administered using a personalised medicine approach due to its varying effects in patients.

Dr Amir Englund, from the Institute of Psychiatry at King’s College London, discussed the use of cannabinoids for the treatment of psychosis disorders. After discussing several studies, he highlighted that many trials have not been large or thorough enough; a prolonged exposure on a large-scale study is needed to provide essential evidence.

He commented that although there have been encouraging results, at this time, “we have insufficient evidence to recommend the use of any cannabinoids for any psychiatric disorders.”

Another issue that Englund discussed is that a lot of evidence for medical cannabis as a therapeutic comes from secondary outcomes; a patient in a trial for pain may also report on their alleviated anxiety. Therefore, he says, these indications need to be investigated fully.

Englund concluded, however, that there are numerous studies in the pipeline focusing on cannabinoid treatment for patients suffering with psychosis, anxiety and PTSD that have the potential to demonstrate the effectiveness of medical cannabis.

Other speakers at the event included Dr Peter Irving, Consultant Gastroenterologist at Guys and St Thomas Hospital London, who presented on medical cannabis and inflammatory bowel disease and Professor Praveen Anand, from Imperial College London, who spoke about medical cannabis as a treatment for pain.

For more information about cannabinoids in pharma, read our latest articles which discuss the current state of the ingredient in the market, the challenges the industry faces and the prospects there are for the future.

Nanoformed formulation of piroxicam to enter Phase I trials

Optimising a panel for microbiologic diagnosis of pneumonia