A new vaccine formulation has been created by researchers, which uses a peelable film during drying to preserve the medicine. 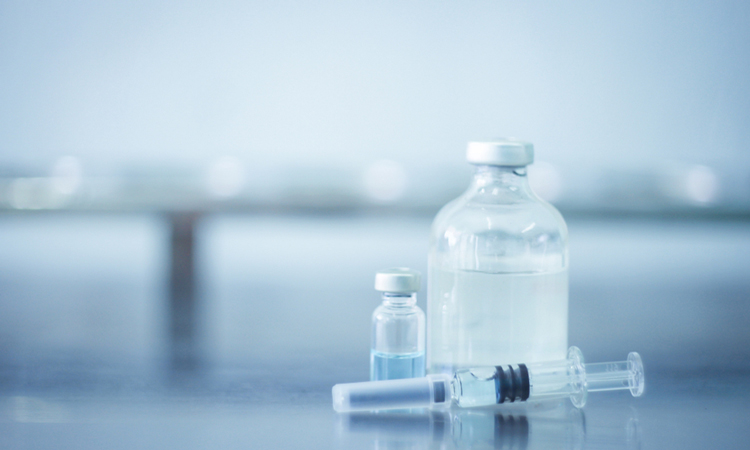 Researchers have developed a new thin film platform that can preserve vaccines at room temperature without refrigeration for long periods of time. According to the scientists, their innovation could make it easier to distribute vaccines for the flu and other diseases to low- and middle-income countries.

The team, from the University of Texas at Austin, US, began developing the idea for a film-based vaccine design as they worked on an Ebola vaccine in a previous study, finding that their formulation not only enhanced immune response in rodents and primates but also protected the vaccine from breaking down when kept at room temperature for three years.

“The idea of developing a film was inspired by a documentary we had watched about how insects and other living things can be preserved for millions of years in amber. This got us thinking – could we make a pharmaceutical grade amber that preserves viruses, bacteria and other biological medicines? We set to work identifying formulations that had the consistency of liquid amber and which could form a peelable film during drying,” explained researcher Professor Maria Croyle, when speaking to European Pharmaceutical Review.

Additional investigations led the team to discover that the platform could preserve live bacteria at room temperature for eight months and that an antibody embedded in the film at room temperature performed better than a liquid formulation of the same product. Formulations that crystallised during drying or long-term storage at room temperature or above were removed from the study as crystals could shred the virus or bacteria and make it impossible for it to induce a protective immune response.

“We mixed a vaccine with a specific combination of ingredients that sealed it in a peelable film matrix. Once the vaccine was embedded in the film, the protective covering prevented it from being damaged by exposure to extreme temperature or other harmful environmental factors such as moisture and light,” said Croyle.

According to Croyle, the formulation keeps the vaccine candidate in the exact three dimensional (3D) shape it naturally exists in. This allows it to effectively reproduce an infection and prompt the immune response to produce antibodies and T cells primed to attack the pathogen when it infects the body. The formulation also adds ingredients like sugars that change the surface of the virus so that it has a higher affinity for cells that can take it up and process it for an efficient immune response. 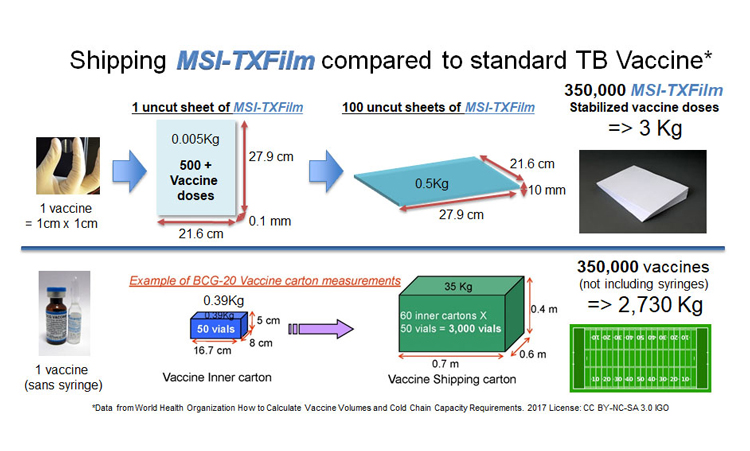 Film stabilises vaccine in a space saving format making it easier to ship and distribute around the globe (credit: Graphics Stephen Schafer. Photo of hand with film Maria Croyle).

The researchers administered the oral flu vaccines to mice, observing that the film induced antibody levels similar to traditional injections. However, they noted that none of the solvents tested maintained the original pH of the vaccine as the film formed, a factor that could affect its long-term stability.

“We think this could be the next big thing for the pharmaceutical industry. Storing thermolabile drugs in a film that protects them from temperature fluctuations can be a huge saving as a significant amount of money is spent on environmental monitoring of spaces where biological drugs are stored and distributed. It is also space saving, reducing costs associated with warehousing and shipping of drugs to a global market,” concluded Croyle.

University of Texas at Austin

University of Texas at Austin