Scientists have developed a protocol for encapsulating antibodies in an ultrasound-sensitive drug carrier for targeted drug delivery. 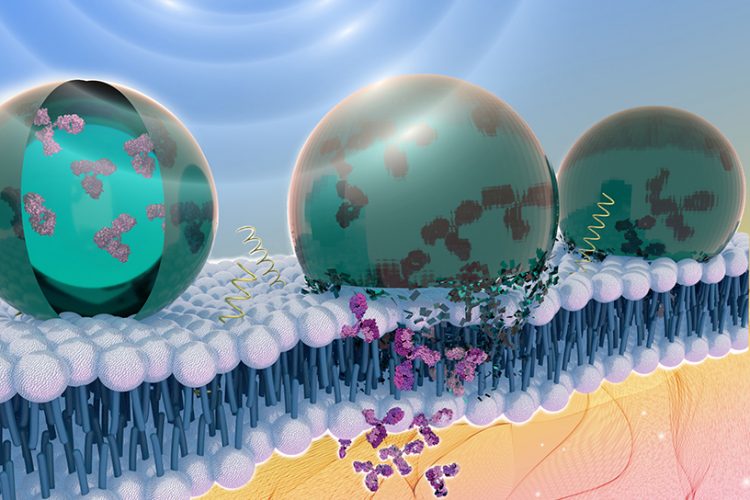 Researchers have developed a novel method for delivering therapeutic proteins to precise targets within the body. Their solution was to encapsulate the proteins in acoustically sensitive carriers which, in response to ultrasound, release their payload to a target.

“When you expose the particle to ultrasound it opens a hole in the cell membrane that lasts for a couple of microseconds,” said Scott Medina, assistant professor of biomedical engineering at Penn State. “We can use this temporary opening to deliver antibodies, which are attractive therapeutic molecules in precision medicine that cannot otherwise get inside cells.” These antibodies could be emerging therapeutics for cancers, infectious disease and rheumatoid arthritis.

“We had a lot of challenges developing this new method,” said Sloand. “The most difficult was figuring out what kind of chemicals could mask the protein. That was definitely my eureka moment when I saw that it worked.”

The team now plan to explore how their ultrasound-programmable material could be used as a platform for image-guided delivery of therapeutic proteins and gene editing tools. They are already using the technology to deliver antibodies that can alter abnormal signalling pathways in tumour cells, turning off their malignant traits and delivering gene editing tools, like CRISPR constructs, to enable ultrasound-controlled genome engineering of cells in complex three-dimensional (3D) tissue microenvironments.