Researchers have developed a novel tablet formulation of ibandronate which increases the oral bioavailability of the drug by releasing it from a hydrogel raft formed in the stomach. 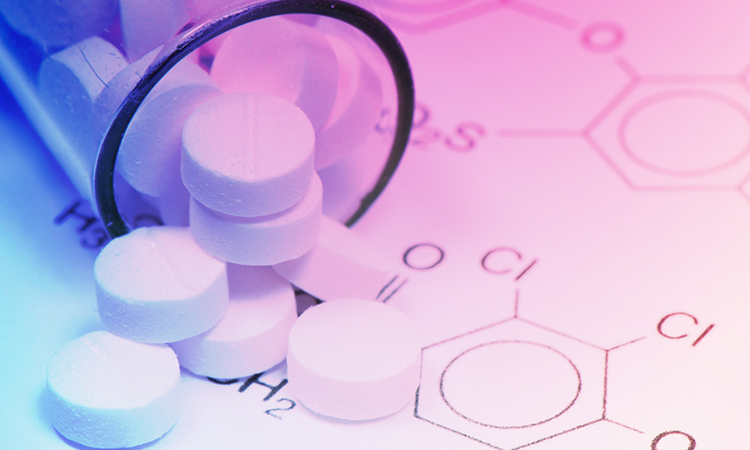 Bisphosphonates (such as ibandronate) are a class of drugs that slow down the rate of bone metabolism, reducing loss of bone density and are the most frequently prescribed drug used to treat osteoporosis. However, they suffer from a very low oral bioavailability and when taken in tablet form are known to cause irritation of the oesophagus and stomach.

In order to improve the oral bioavailability of ibandronate, and also reduce the irritation it causes to the gastrointestinal tract, researchers sought to develop a tablet formulation that would form a hydrogel raft in the stomach to release ibandronate.

The raft forming tablets contained ibandronate, nanosized citrus pectin (NCP), PEG 400, antacids and other excipients in various concentrations. The ability of the different formulations to form rafts and neutralise stomach acid was measured in vitro, with experiments to study whether the NCP rafts were toxic to cells performed in Caco-2 cells.

From this, the PPR5 formulation containing 94 percent NCP was selected for experiments in rats. It was chosen based on its increased strength and integrity, as well as its ability to neutralise stomach acid for the longest and release roughly 95 percent of the ibandronate within 20 minutes in the presence of various concentrations of hydrochloric acids and simulated gastric fluid (SGF).

The researchers studied how the rafts release ibandronate in vivo in twelve healthy albino rats. A single dose of a commercially available ibandronate formulation, Bonish 150mg tablets (equivalent to 1mg/kg) acted as the control group and PPR5 (equivalent to 1mg drug/kg) as the test group. Both Bonish and PPR5 was administered orally through a feeding tube followed by rinsing with water.

Prior to dosing (time = 0) and at 0.5, one, two, three, four, six, eight, 12 and 24 hours after administration, a 0.25 mL blood sample was collected from the rats and centrifuged to allow ibandronate to be obtained from the samples through a liquid–liquid extraction.

From their study, the researchers concluded that the PPR5 effectively formed porous rafts and increased the oral bioavailability of ibandronate compared to the already marketed formulation.

The study was published in the International Journal of Nanomedicine.