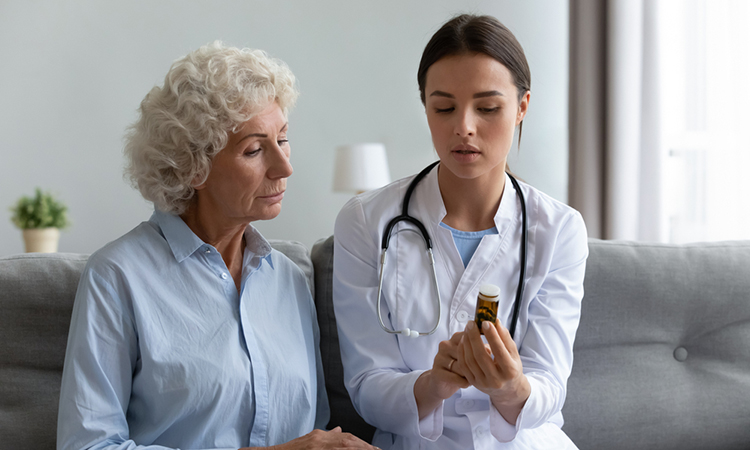 New research has shown that oral hormone therapy (HT) significantly alters the metabolome of postmenopausal women. According to the scientists, this finding, which examined blood specimens from the Women’s Health Initiative (WHI) study, may help explain the disease risks and protective effects associated with different regimens of hormone therapy.

The study was led by a team of scientists including a University of Massachusetts Amherst, US, biostatistician.

“This is the first analysis of the metabolomic effects of hormone therapy conducted within the framework of a randomised clinical trial,” said lead author of the paper, Associate Professor Raji Balasubramanian.

The WHI’s hormone therapy trials in the 1990s examined the effects on coronary heart disease (CHD), breast cancer and other conditions of two hormone therapies – oestrogen alone and a combination of oestrogen and progestin. The combination therapy was found to significantly increase CHD risk by 29 percent; oestrogen alone was found to decrease CHD risk by nine percent, although this effect was not statistically significant.

Using liquid chromatography mass spectrometry (LC-MS) techniques, researchers at the Broad Institute measured 481 metabolites in blood specimens from the WHI hormone therapy trial participants: 503 from women in the oestrogen-only group, half of whom were on placebo; and 431 in the oestrogen plus progestin group, with half on placebo. The research team recorded measurements obtained right before hormone therapy began and one year later, when the women were still on active treatment or placebo.

The findings revealed “profound changes in the metabolome, spanning a wide range of classes including lipids, amino acids and other small molecule metabolites,” Balasubramanian said. In fact, 62 percent of metabolites were significantly changed with oestrogen-alone therapy and 52 percent with oestrogen plus progestin.

While most of the changes in metabolites were consistent with each type of hormone therapy, 22 metabolites were identified that had discordant effects. Twelve of those were associated with CHD risk in an evaluation of an independent WHI dataset.

With oestrogen-alone treatment, the changes in all 12 metabolites provided a protective CHD effect. With oestrogen plus progestin, 11 metabolites were unchanged. The amino acid lysine was significantly altered by both hormone therapies, but in the opposite direction. Oestrogen-alone therapy increased lysine levels, providing a protective effect and oestrogen plus progestin decreased lysine levels, elevating CHD risk.

“Getting a handle on what subset of metabolites had differential changes between the two drugs related to cardiovascular diseases might point to the molecular underpinnings of the difference in risk between the two treatments,” Balasubramanian explained.

The researchers say their study also lays the groundwork for identifying other hormone therapy-related metabolomic changes in a broader age group of women and how those changes are associated with differential risks for other health conditions, such as breast cancer, depending on the hormone regimen.

The study was published in Circulation: Genomic and Precision Medicine.