Abecma (idecabtagene vicleucel) was approved for adults with relapsed or refractory myeloma based on its 72 percent overall response rate in a trial. 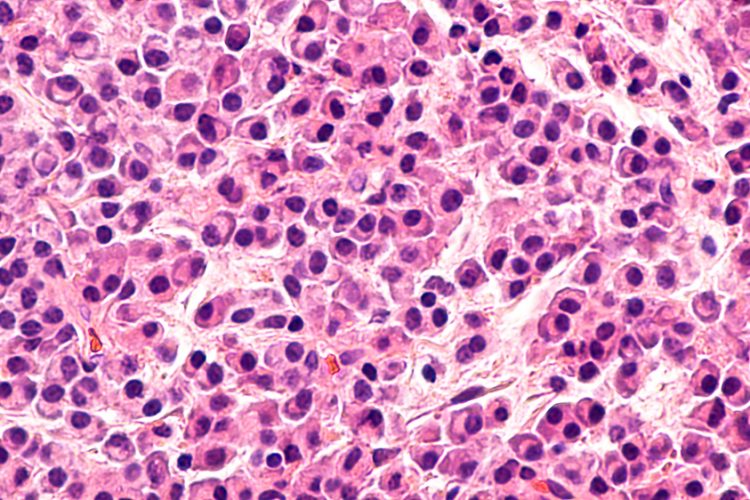 The US Food and Drug Administration (FDA) has approved Abecma (idecabtagene vicleucel), a cell-based gene therapy to treat adult patients with multiple myeloma who have not responded to, or whose disease has returned after, at least four prior lines (different types) of therapy.

Abecma is the first cell-based gene therapy approved by the FDA for the treatment of multiple myeloma.

“The FDA remains committed to advancing novel treatment options for areas of unmet patient need,” stated Dr Peter Marks, director of the FDA’s Center for Biologics Evaluation and Research. “While there is no cure for multiple myeloma, the long-term outlook can vary based on the individual’s age and the stage of the condition at the time of diagnosis. Today’s approval provides a new treatment option for patients who have this uncommon type of cancer.”

Multiple myeloma is an unusual type of blood cancer in which abnormal plasma cells build up in the bone marrow and form tumours. It prevents the bone marrow from producing enough healthy blood cells, which can result in low blood counts. Myeloma can also damage the bones and the kidneys, as well as weaken the immune system. The exact cause of multiple myeloma is unknown.

Abecma is a B-cell maturation antigen (BCMA)-directed genetically modified autologous chimeric antigen receptor (CAR) T-cell therapy. Each dose of Abecma is a customised treatment created using a patient’s own T cells. The cells are collected and genetically modified to include a new gene that facilitates targeting and killing myeloma cells. Once the T cells are modified, they are infused back into the patient.

The approval is based on a multi-centre study of 127 patients with relapsed or refractory myeloma, who received at least three prior antimyeloma lines of therapy. Approximately 88 percent of the participants had received four or more prior lines of anti-myeloma therapy. Overall, 72 percent of patients partially or completely responded to the treatment. Of those studied, 28 percent had a complete response (disappearance of all signs of multiple myeloma) to Abecma and this was sustained by 65 percent of this group for at least 12 months.

Treatment with Abecma has the potential to cause severe side effects, including cytokine release syndrome (CRS), haemophagocytic lymphohistiocytosis/macrophage activation syndrome (HLH/MAS), neurologic toxicity and prolonged cytopenia, all of which can be fatal or life-threatening. The most common side effects of Abecma include CRS, infections, fatigue, musculoskeletal pain and a weakened immune system. Side effects from treatment usually appear within the first one to two weeks after treatment, but some may occur later.

Because of the risk of CRS and neurologic toxicities, Abecma is being approved with a risk evaluation and mitigation strategy which includes elements to assure safe use. The FDA is requiring that hospitals and their associated clinics that dispense the treatment be specially certified; and staff involved in the prescribing, dispensing or administering of Abecma are trained to recognise and manage CRS and nervous system toxicities and other side effects. Also, patients must be informed of the potential serious side effects and of the importance of promptly returning to the treatment site if side effects develop after receiving Abecma.

To further evaluate the long-term safety, the FDA is also requiring the manufacturer to conduct a post-marketing observational study involving patients treated with Abecma.

The agency granted the approval of Abecma to Celgene Corporation, a Bristol Myers Squibb company.